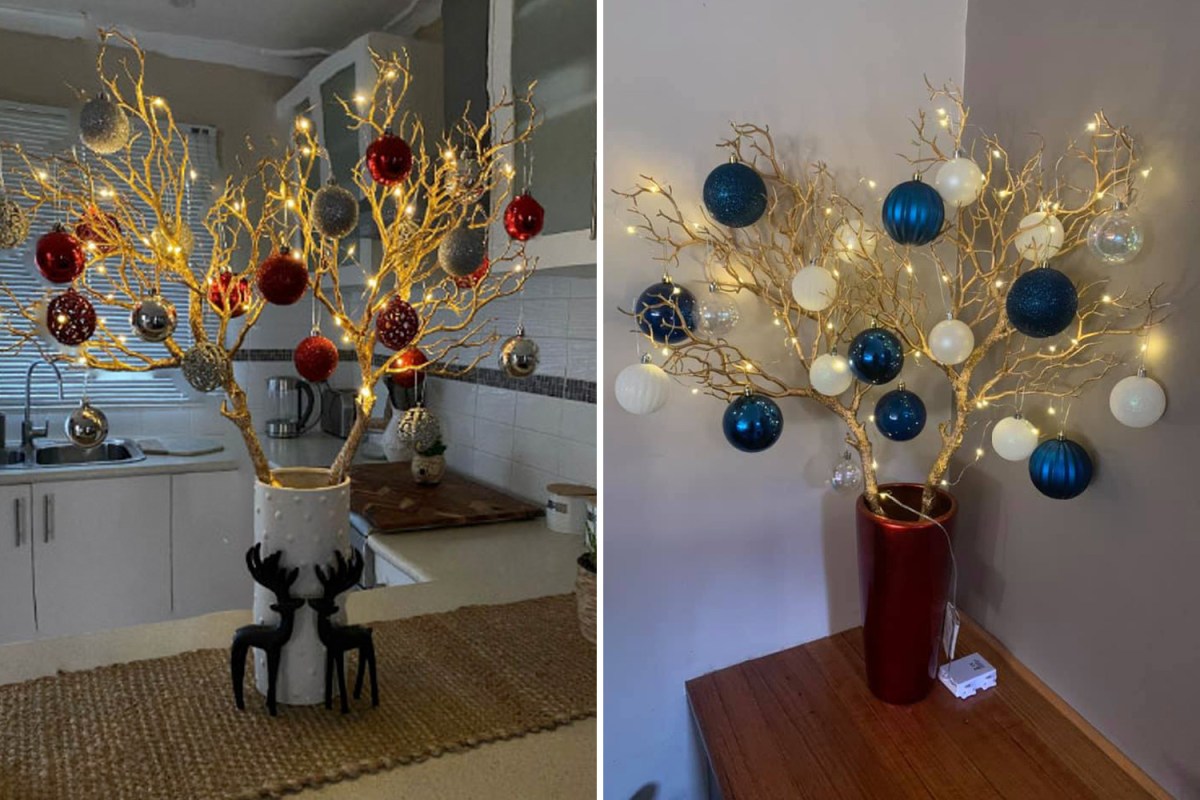 THERE’S no denying that humongous Christmas trees make a stunning addition to your home during the festive season, but it can get a little tricky for those with limited space.

Luckily, one woman has found a stylish solution for her tiny one-bedroom flat, and it doesn’t take up any floor space at all.

The Aussie woman shared her clever idea online and revealed how she picked up some decorative twigs from her local bargain store.

She put the gold-painted sticks inside a cheap white vase she bought and decorated it with a few Christmas baubles.

After hanging some lights off the branches, she placed it on her kitchen bench and it’s just as stunning as a regular tree.

Captioning her snap, she wrote: “When you live in a one bedroom unit and don’t have room for a tree.”

Hundreds of people praised the woman for her beautiful idea, and many others admitted to doing something similar.

“It is fantastic! So many people wouldn’t bother putting up any decorations but it just makes you feel good and it just looks amazing,” one wrote.

And another wrote: “Wish I thought of this when I was in my one bedroom unit! Great job.”

You can also use regular twigs and spray paint them yourself.

Most popular baby names of 2020 revealed, plus the ones set to become extinct

If you’re looking for something a little different this Christmas, a luxury designer flogs cheeky Christmas tree baubles shaped like boobs and bums for £95.

We recently revealed how DIY fans are decorating their homes for Christmas on a budget – from cardboard gonks to wire garlands.

While cheap Christmas trees covered in tinsel look “common and tacky” – expert claims – and if yours is white it’s even worse.