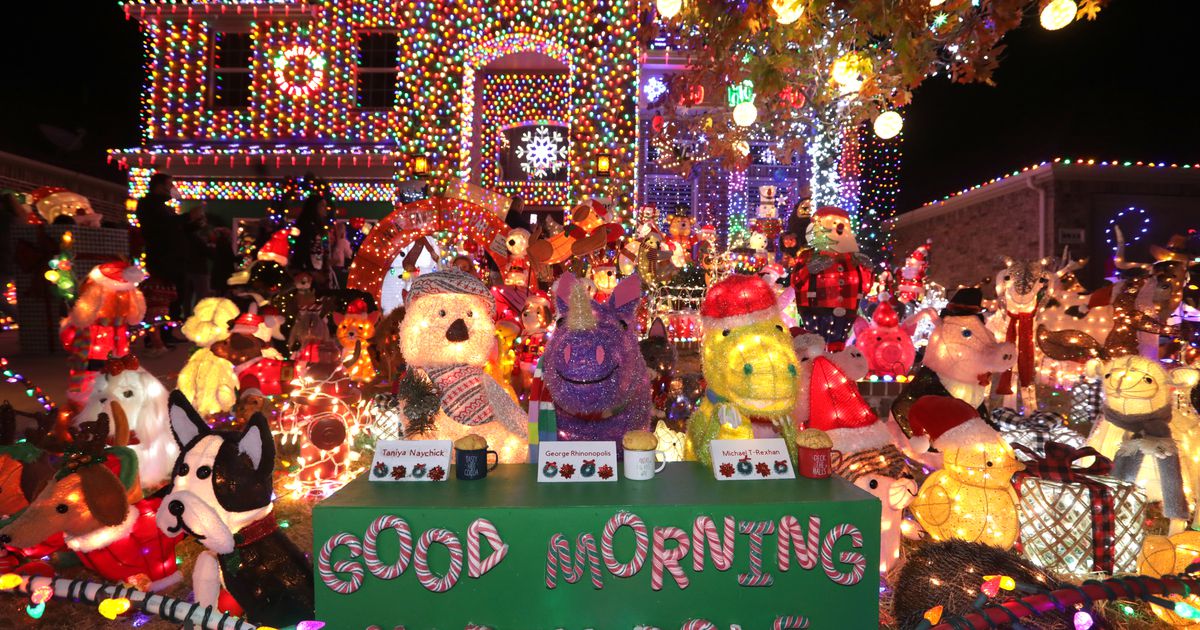 At first the Burkman Holiday Home of Frisco was just one of North Texas’ Christmas showstoppers. The house that kids begged to see, that backed up traffic through the subdivision, that won local decorating contests.

“Just” is, of course, a misnomer here. Over five years, the display has grown to 70,000-plus lights, 10,000 of which are hot-glued onto the house like gumdrops. The lawn hosts a menagerie of more than 200 plushy mesh and metal lawn ornaments. Vanilla-scented smoke wafts from the gingerbread bakery. An old-timey village reveals dancing Santas and hot air balloons.

ABC’s Great Christmas Light Fight reality show spent much of last week filming the spectacle for next year’s season. Days earlier, the do-it-yourselfer Burkmans made their national TV debut on the Live With Kelly and Ryan talk show.

But the Burkman’s Christmas story is so much more than a viral sensation.

Jennifer and Corey Burkman began creating their magical North Pole outpost after they discovered that 2-year-old Alex, the first of their two sons on the autism spectrum, was fascinated with holiday lights.

Twenty years later, the Burkmans are Santa’s ambassadors for families dealing with the day-to-day reality of loved ones coping with disabilities. Many visitors come to 3809 Hazelhurst Dr. for the over-the-top lights and decorations, but others come also for a deeper connection and the gift of hope.

“It’s now more about those who we know need that help and sharing the boys’ stories,” Jen said as we watched the nightly gaggle of visitors. “It’s kinda neat how it shifted from ‘we’re going to win’ to ‘now we are winning in a different way.’”

The Burkman Holiday Home is best experienced on foot; everyone is asked to wear a mask. Visitors are encouraged to park and stroll each “chapter” in this outdoor storybook.

A team of llamas pulls Santa’s sleigh while “fireworks” explode in the night sky. An animal kingdom crouches across the lawn: a dog park with mischievous feline interlopers, Cowboy Frosty and his longhorns, arctic snow creatures in tutus and a barn with chicks, pigs and sheep.

The decoration that started it all — a tiny metal deer adorned with twinkling lights bought on clearance at Sears in 2000 — still commands a place of honor in the Burkman yard. “Alex loved that and it stayed in his bedroom for like three months after Christmas that year,” Jen said.

She recalled Alex, still enchanted by Christmas even as a teenager, watching the first Light Fight episode and saying, “We’re going to be on that show some day.”

But not long after, the family did get into competitive decorating. On the eve of what they thought would be victory in a subdivision holiday contest, a neighbor installed stunning driveway arches the night before the judging.

The Burkmans had to settle for second place.

“That obviously was never going to happen again,” Jen laughed. The Burkmans added 25,000 lights the next year and subsequent wins eventually led to a nomination to The Great Christmas Light Fight.

Key to the Burkmans’ success is Jen’s dad, Eugene Skalskyj, known to everyone as Sanpa for his uncanny resemblance to you-know-who. Gene visits for four or five months each year to help build the display and pack it up. (It takes almost a month just to cut the hot glue off those 10,000 gumdrops.)

As I counted nearly 100 people on the Burkman property and looked at the long line of headlights, my question was about the neighbors’ reaction to all this. They are mostly supportive because “it is doing good and they know that it’s only once a year,” Corey said.

Many of the other yards on the block sport decorations from the Burkmans’ three attics that no longer fit into their display. One enterprising family has even sold tacos to visitors.

The Burkmans pull off their magic largely because Jen is an extreme clearance shopper, as are Alex and Sanpa. “We are kinda intense the day after Christmas,” she said. “We take walkie talkies and use different entrances into the stores.”

Jen’s also a craft store regular as she dreams up new ideas to affordably make holiday magic. “I walk in and they know me, it’s like Cheers. ‘Jen, what’s happening?’”

“She ain’t even joking there,” Corey interjected. No wonder that the time she left Hobby Lobby after spending only 95 cents, she considered framing the receipt just to gig her husband.

But under all the joking around is the Burkmans’ desire to help other families.

Several years ago, as the Burkman house became a must-see, Jen and Corey began reckoning with people wanting to make donations as a thank you for their no-admission-required treat.

“There is something here,” Corey said. “We can use this money to help people.”

So for the last few years, they have selected two families facing disability-related challenges and raised several thousand dollars for each. The Burkmans also collect clothing and toy donations on behalf of a local elementary school.

Neighbors Gabriela and Rubian Solorzano, whose 8-year-old son Jojo suffers from cerebral palsy, are one of this year’s recipients. “He has a smile that will light up more than a few rooms,” Jen said.

The second family is Jen’s childhood friend Bridget Barrus and her husband Ben, who have 18 children — 14 of them adopted — are the second family. Eight of the 18 have a disability or illness, and last year Ben was diagnosed with ALS and is now in a wheelchair.

The Burkmans remember when their own sons were young and medical and therapy costs kept them from buying a Christmas tree or presents. That’s why, Corey said, “Our concern now isn’t whether something in the decorations will work right. … It’s ‘are we going to be able to help those families?’

In addition to the fund-raising, Jen believes her most important role is to play Santa’s counselor — to share her experiences with other parents of children with disabilities, especially those anxious about the future.

“It wasn’t always easy. It was really challenging,” Jen tells them.

Alex, now 22, works for Tesla in Memphis as a diagnostician. He made a quick trip home for last week’s reality show filming and the Kelly and Ryan TV appearance; he’ll be back in Frisco for Christmas.

Eighteen-year-old Jack lives with his parents and works at a local grocery. Both sons are matter of fact about their cognitive disability, but they have struggled with social anxiety and many of the other challenges that accompany autism.

Jack joins his parents each night in the front yard to “help out where I’m most needed, taking pictures for people, helping Sanpa, managing the crowds and traffic.”

The Burkmans’ holiday schedule wouldn’t sound appealing to the many of us still trying to get last-minute gifts wrapped. The parents work full time, Jen as an HR director and Corey in sales. Then every night between Thanksgiving and New Year’s, the family scarfs down dinner, bundles up and mingles with visitors.

Jen, who grew up in a family that made every holiday “bigger than life,” never tires of seeing the spell that the light show casts on children. Corey, living far away from his large family clan, relishes in the energy of an entire community with which to celebrate.

Alex and Jack can’t remember doing the holidays any other way. “Not many families’ Christmases look like us,” Jack said. “We don’t know how to do small and I’m OK with that.”

To visit or donate

— The Burkman Holiday House of Frisco is at 3809 Hazelhurst Dr. and is open through Dec. 31. The Burkmans request that all visitors wear masks.

— Donations for special-needs families may be made in person or through the Venmo account @burkmanholidayhome.

— A “Superhero hour,” from 5:30-6:30 p.m. daily, is set aside for individuals with disabilities and senior citizens. 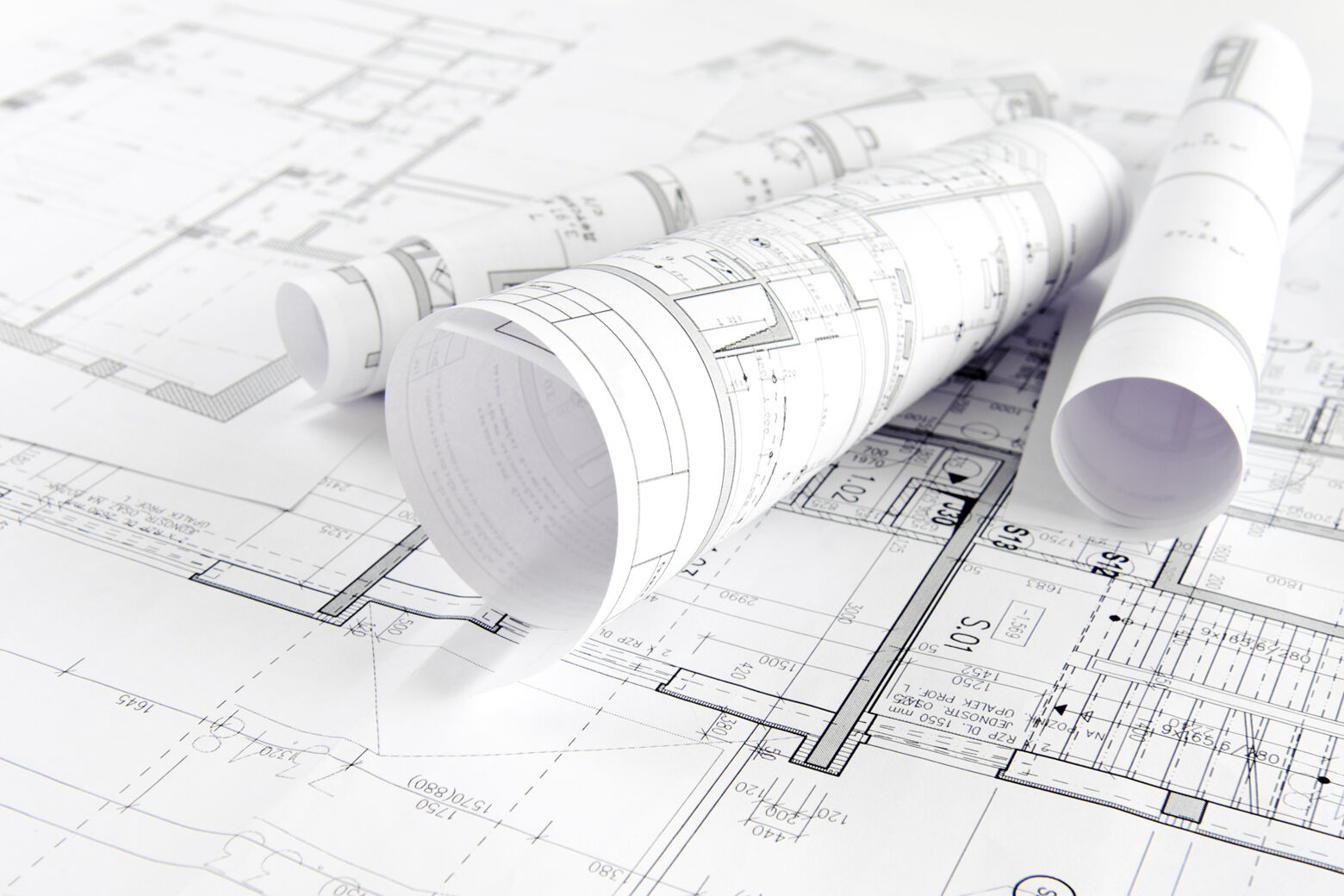