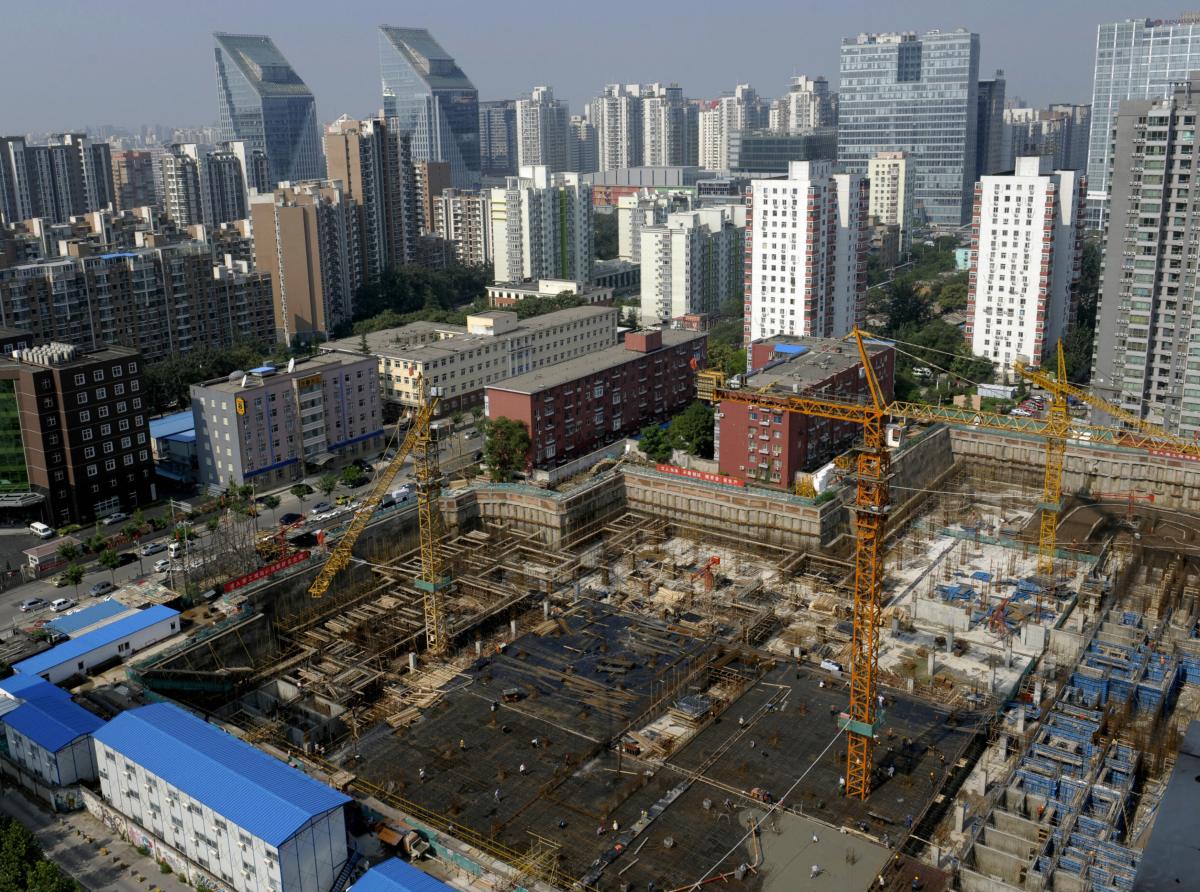 China’s real estate sector has a debt problem. Large property developers like the embattled company Evergrande have racked up massive amounts of debt, leading to construction stoppages and lots of angry homebuyers.

Amid the turmoil, buyers across China have banded together and threatened to stop paying mortgages on over three hundred unfinished housing projects. The Chinese government could unleash bailout funding worth up to $148 billion aimed at allowing developers to finish their buildings. “Marketplace Morning Report” host David Brancaccio joined Jennifer Pak, Marketplace’s China correspondent, to go over the latest developments in the crisis.

The following is an edited transcript of their conversation:

David Brancaccio: So what’s this about unfinished housing? What it’s just like sitting there? If you see one of these, the foundations and maybe piles of cinder block and cranes kind of just sitting there?

Jennifer Pak: Yeah, exactly. And part of the reason they’ve stopped is because of COVID lockdowns. But mainly because property developers have run out of money. You might have heard of Evergrande. So they would go into smaller areas, pay top dollar for the land, then sell the condo projects before they’re built. And usually, they would collect large down payments, usually 30%. But sometimes we’ve heard 50%, then they use that money to construct the condos. And almost all developers did this. At the same time. They also got cheap loans. And so they started investing in areas that they had no expertise in. Evergrande, for example, started getting into water bottling, electric cars, even bought a soccer team.

Brancaccio: And these cheap loans, those are drying up.

Pak: Yeah, exactly. Chinese regulators were very worried about this reckless spending. So they cut off access to the easy credit. And then China’s economy also started slowing down. So investors started to really look hard at these condos, are they really worth the price that they were paying? So housing sales also went down. So developers ran out of cash. And that’s when global investors got really worried.

Brancaccio: Why, I mean, other than human concern for other humans? I mean, it’s my understanding that U.S. investors are generally not too deep into China’s property market.

Pak: You’re right. But real estate is a huge part of China’s economy, and China’s economy is plugged into the rest of the world. So if Evergrande and other developers, they don’t pay their suppliers or construction workers, then these people in turn, don’t pay their bills, layoffs have started to happen. It’s a real snowball effect. And eventually, you’re going to feel that in the U.S. Chinese officials really don’t want more homebuyers to join in this boycott so they’re censoring the news. It’s been really tough to assess just how many people are involved.

Brancaccio: And there’s a distinction of sorts here. These protesting homeowners aren’t defaulting on their loans, but they’re threatening to boycott paying their mortgages. What’s the difference?

Pak: Yeah, well, in China, if you don’t pay off your debts, that could land you on a so called deadbeat list, which is going to make your life miserable. And secondly, homebuyers, they still want these condos. Like if you’re a man, you need a condo to be considered marriage material. You need a condo to get your child into a good school. And if you’re in the middle class, which many are, property is still really the only form of investment available to you. So threatening to not pay mortgages is really a way to get the attention of the government rather than really defaulting.

There’s a lot happening in the world.  Through it all, Marketplace is here for you.

You rely on Marketplace to break down the world’s events and tell you how it affects you in a fact-based, approachable way. We rely on your financial support to keep making that possible.

Your donation today powers the independent journalism that you rely on. For just $5/month, you can help sustain Marketplace so we can keep reporting on the things that matter to you. Next post How do I add luxury to my backyard? 7 expert recommendations