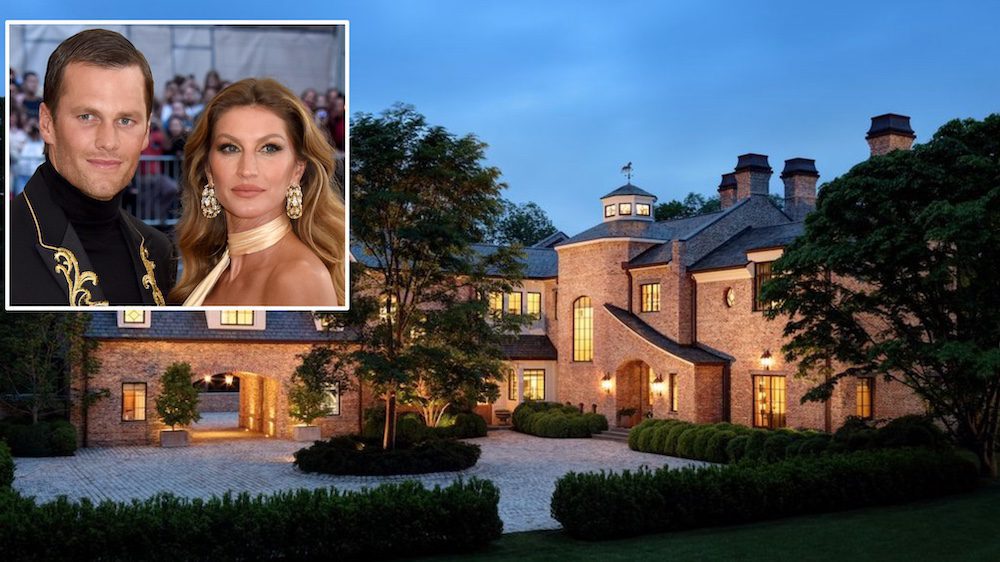 NFL great Tom Brady has finally offloaded his Massachusetts mansion. The quarterback and his wife, supermodel Gisele Bündchen, have sold their luxe Brookline estate, according to the Boston Globe.

The transaction appears to have been an off-market deal, with no price information disclosed for the transaction. Sources told the Globe that the property was offered for $32.5 million.

The mansion built in 2015 came off the market in May, when luxury home sales were stalled by the coronavirus pandemic. But a buyer surfaced at the end of 2020.

In 2013, the couple picked up a prime 5-acre plot from the local cash-strapped Pine Manor College for $4.5 million.

They tapped architect Richard Landry, of Landry Design Group, to create their East Coast estate. Landry has also worked on the couple’s Los Angeles mansion, which was featured in Architectural Digest.

Landry’s design sits adjacent to the ninth hole of the Country Club in Brookline, with serene views and plenty of privacy.

The sprawling grounds include gardens, a pool, and a “barn-inspired” guesthouse with a yoga studio, full bathroom, and sleeping loft. The property comes with a three-car garage, carport, and circular drive with ample parking.

Brady’s mansion sits just down the road from Reebok founder Paul Fireman‘s lavish property, which was finally sold in 2020 after four years on the market. That 27,000-square-foot mansion had been priced at as much as $90 million, before finally selling for $23 million. George and Manny Sarkis of Douglas Elliman represented Fireman.

The agents also sold Fireman’s adjacent 7 acres for $18 million to developer C. Stumpo Development, which plans to build luxury homes on the land.

“After closing on both 150 Woodland Road [the Fireman home] and the five adjacent lots, we are very excited about the current and future Brookline market,” says Manny. “Buyers continue to trend to the suburbs, seeking more land and bigger homes.”

The jet-setting duo received another Christmas gift of good news in 2020, with a reported sale of their Tribeca loft. The two had made the penthouse available for just under $40 million last November. If they got their asking price, they’ll stroll away with a large profit.

The couple had picked up the place in 2018 for $25.46 million. The five-bedroom, 5.5-bath unit features a 1,900-square-foot terrace and Hudson River views. Building amenities include an 82-foot lap pool and a private drive-in entrance.

The couple still own a lower-floor unit in the same 14-floor building.

Brady left Brookline after he signed with the Buccaneers. The QB has since put roots down in South Florida. In October, Brady and Bundchen were reportedly circling a waterfront property in Clearwater.

And then Brady made a move on Florida’s other coast in December, with a reported $17 million purchase of a home on Miami’s Indian Creek Island, known as the Billionaires Bunker.

The couple plan to raze the current house on the land in Miami and build anew. They’re reportedly looking to emulate the L.A. home they sold to Dr. Dre for $40 million in 2014. Sounds like the services of their favorite architect may once again be required. Previous post What a Democratic Senate Means for Real Estate

Next post Inside Kim and Kanye’s $100m real estate empire