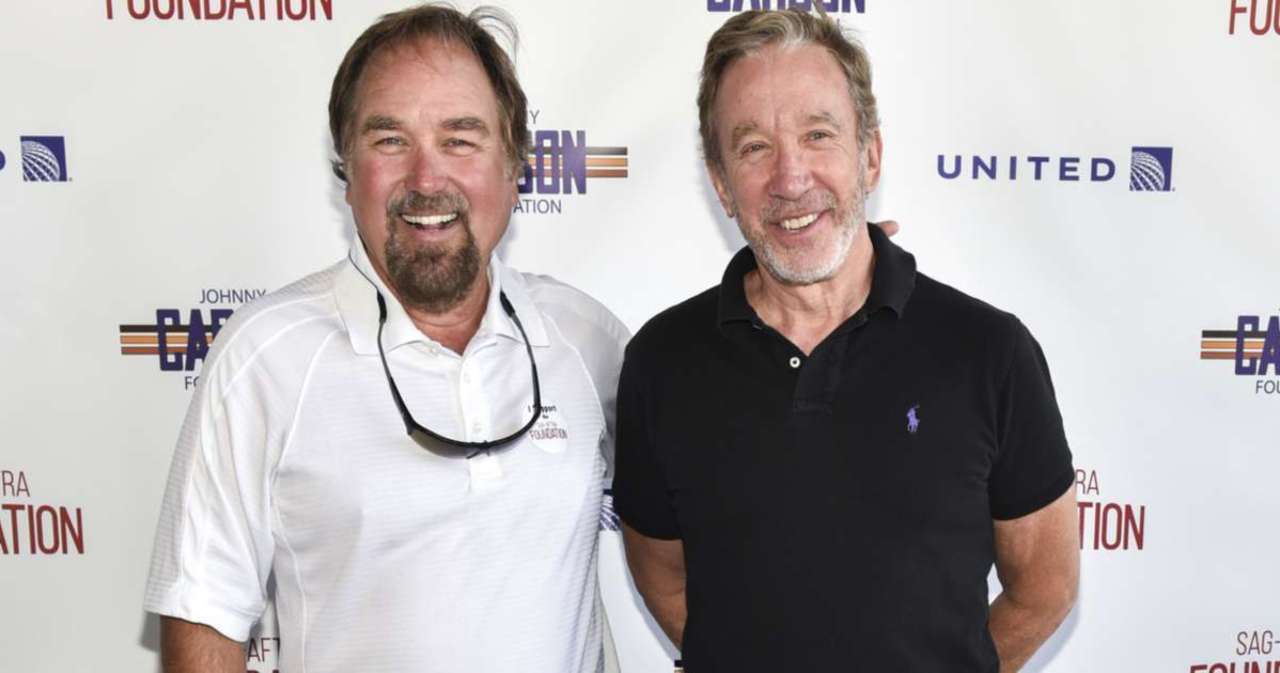 Tim Allen and Richard Karn will soon be giving fans the Home Improvement reunion they’ve been waiting for, as the pair’s new series, Assembly Required, has been given an official premiere date at the History Channel. According to TV Line, the 10-episode reality competition series will debut on Tuesday, Feb. 23 at 10 pm ET. Assembly Required will “spotlight the best and brightest makers from across the country, as they compete head-to-head, to create mind-blowing builds — everything from a dual all-season ice melter/leaf blower and all-in-one riding comfort mower, to a do-it-yourself jacuzzi and BBQ bicycle — which not only pushes each builder beyond their limits, but challenges their inner fixer and inventor to build it bigger, better and more powerful.”

Allen and Karn will serve as the show’s hosts, while DIY YouTuber April Wilkerson will be the “resident expert” and “go-to source on the ‘how and why’ of each build, breaking down the complexities and giving the audience a bird’s eye view of what our challengers are up against.” In a statement, Allen said, “They say a longtime friend is someone who responds with, ‘This is by far your worst idea ever.’ Fortunately, this was a great idea working with Richard.” He went on to say, “I loved those days doing Tool Time. We both share a great appreciation of people who can solve a problem not by talking about it, but by ‘doing’ it with creativity and amazing building skills. Plus, it gives me more time to make fun of his fake beard.”

Tim Allen and Richard Karn are back in the shop 🔨
But this time they’re bringing the best craftsmen together to create some mind-blowing builds. Watch it all unfold on Assembly Required premiering Tuesday, February 23 at 10/9c. pic.twitter.com/Uw4Ymmy2fl

Karn then joked, “Tim has always been jealous of my facial hair — mainly because when he grows his it looks a bit off — but I will say this has been one of his best ideas ever.” The former Family Feud host added, “Working alongside him has been the bright spot of this difficult year. We see eye to eye on a lot of things, but if nothing else this show has brought out the differences in our own personal design preferences and when you add in the creativity of our contestants, well, let’s just say it brings me great joy to be a part of this!”

Allen and Karn worked together on Home Improvement for nearly a decade, as the show debuted in 1991, and aired its series finale in 1999. The pair previously reunited briefly on Allen’s newest sitcom, Last Man Standing, when Karn joined for two episodes. Last Man Standing will end with its ninth and current season, on Fox.