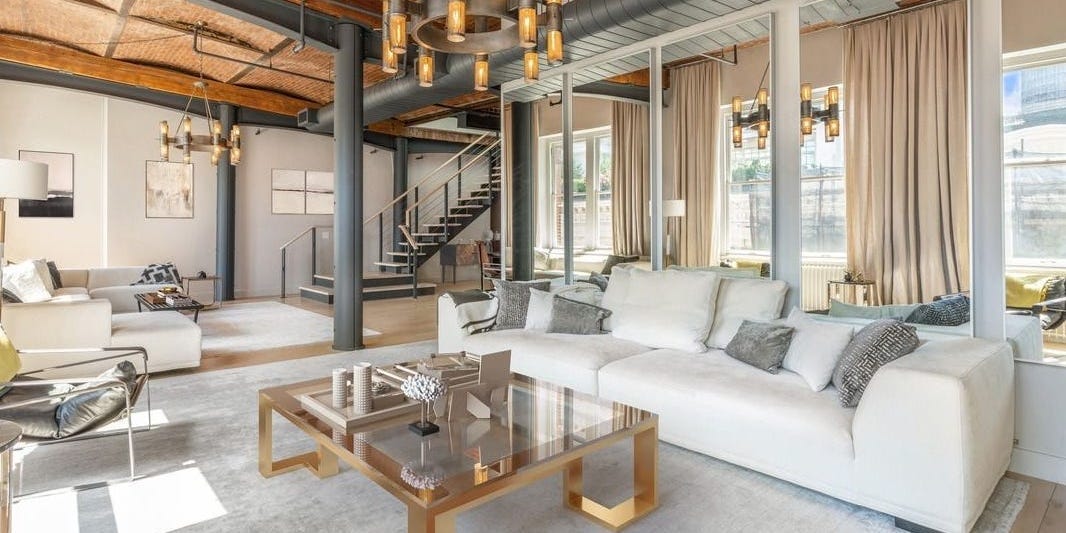 Sprawling Los Angeles mansions and state-of-the-art city apartments are flooding TikTok. The popularity of “Selling Sunset”, the reality show about ludicrously expensive luxury homes, showed how big people’s appetite is for gasping at how the rich live.

Despite property sales being closed for two months in the UK, the value of 2020 house sales there was £300 billion ($400 billion), £62 billion ($88.2 billion) higher than the year before. The rise was attributed to pent up demand and a temporary stamp duty holiday.

The TikTok videos of Washington DC agent Daniel Heider, who claims to own one of the largest real estate TikTok accounts, boast almost  26.7 million ‘likes’. He says joining the app in December 2017 transformed his business, driving huge traffic to his website and leading directly to sales.

Heider’s videos are high-production; deploying HD drone footage and models in designer gowns luxuriating around the properties. A TikTok earlier this year of Mike Tyson’s house showcased on Heider’s account saw Tyson’s son, Amir, give a tour of the $8.5 million residence, with its cascading chandeliers and balcony overlooking the sizable pool and basketball court. It has so far been viewed 202,000 times.

Heider says the video created an inimitable buzz around Tyson’s property, which is still on sale. “For a home priced in that realm, it’s not very common to have multiple showings once it hits the market,” he says. But thanks to the TikTok clip, he adds, “it was back-to-back.”

Read more: Opendoor CPO: Here are my 2 predictions for what the 2021 real estate market will look like

Heider says TikTok “gets more eyeballs on a property” and “adds to its global reach.” This is partly because people logging on to the app immediately see its ‘For You’ page, which is a mixture of trends and personal recommendations, rather than just videos from people they are already following. This makes it easier to gain exposure than on other platforms. “When a property goes viral, it absolutely adds to its value,” Heider claims. “Homeowners want the rest of the market to know how special their home is.”

Toby Albert-Corban, a realtor showcasing prestigious London apartments, agrees. Two of the properties he posted to TikTok are under offer and another, which received millions of views, has had multiple offers. “It has almost halved the average response time expected for high-end properties,” he says. “Virality is the future of added value to a property.” He compares TikTok’s impact to homes that sell more because they appeared in a blockbuster film.

Grondin’s account received around 12 direct messages from people willing to pay higher than the $1,600 per-night asking price, and he ended up getting $700 above that. He says this was the sixth time in the space of three months that a home has sold for more after going viral on TikTok.

While the app has huge potential, some claim that it only benefits homes that are exceptionally expensive, but below $20 million. According to Los Angeles-based realtor Blake Stargel, homes which attract the most views tend to exceed $10 million, whereas properties costing $1 million to $2 million “don’t gain that much traction,” despite being far more affordable.

Stargel also says TikTok doesn’t help homes at the $20 million mark or over, adding that none of his homes valued above this price — including a $115 million property — have sold, despite exposure on the app.

But for Cash Jordan — once dubbed “the king of NYC real estate TikTok” — “properties that go viral always sell.” He says that his TikTok followers are “an overlap of entertainment and actual clientele,” and his buyers are often New York University students or other graduates – an audience well-acquainted with TikTok.

Since the pandemic began, New York’s rental market has been in steep decline, as vacancies reach a record high. Renters now have more leverage than ever before. “They can live in pretty much any apartment they want to,” Jordan says.

Read more: ‘It was literally viral, and then I barely got any credit for it.’ Black TikTok creators start dance crazes — and white users profit.

“In New York, TikTok is not making homes rent for more than usual,” he adds, “but it is helping them to rent at all.” Jordan is using the app to get his properties in front of the few prospective renters, before they visit online real estate databases, where the market is fully saturated. “They want to start and end their search almost as fast as it starts,” he adds.

With the app still in its relative infancy, the full potential of real estate TikTok is yet to be realised. But amid a housing market turned on its head by the pandemic, viral exposure is one way to cut through the noise. Jordan says he’ll only produce a TikTok video for homes with a “unique element” — such as natural light, a rarity in New York real estate. Jordan knows this will increase the property’s chance of gaining traction on the app. TikTok, he says, was why he was able to rent a $3,200 a month penthouse, which boasts tall windows which flood the property with light, just like the video showed.

Daisy Schofield is the digital editor of Huck Magazine. Her writing is focused on tech, politics and cultural trends, and has appeared in Wired, VICE, the Guardian, i-D, and other places.