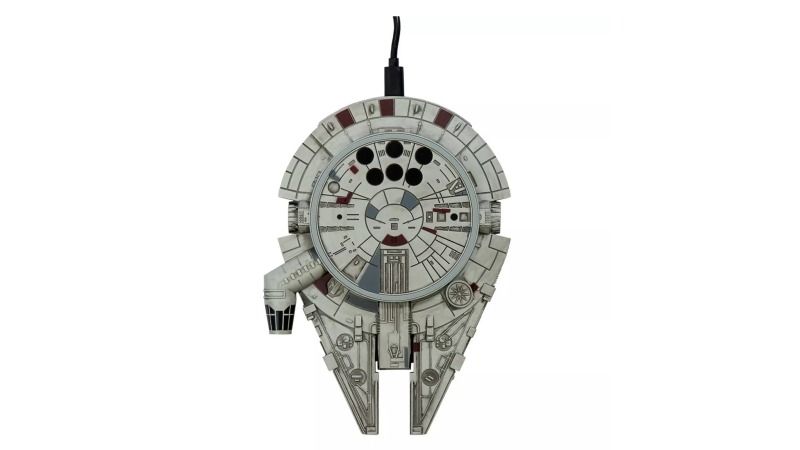 Two deals on Star Wars phone chargers will literally let the Force (of wireless charging) be with you this Black Friday.

Thankfully the choice is not as stark as figuring out whether you support the Dark Side or the Light Side of the Force, as either way it’s the same deal and you will be saving 50%. If you have a lot of devices or “Star Wars” fans in the house, you might even want to pick up both.

The charging deal is exclusive to GameStop and will likely hyperdrive away quickly, so be sure to grab the electronics while they are still in stock. Charging pads are far more handy than actual chargers as most modern phones will happily lay on top of the pad to pick up the charge. That means there’s no cords and a lesser chance of charging issues, especially if your phone gets a lot of use.

Both charging pads are compatible with a range of phones that have wireless charging capabilities, most famously including most modern Samsung and Apple phones. They also have special features when you fully charge your device. The Millennium Falcon’s thrusters will glow blue, while the Mandalorian’s visors will light up (also in blue) to let you know when you’re all set.

Each charging pad includes a USB-C port, a wall-charging cable and the capability to wirelessly fast charge at 10 watts or at 7 watts. To make sure your device stays firmly in place, the pads have rubberized smartphone support.

The dimensions of each pad are large, but no so large as to take over a moderately sized bathroom counter: the dimensions for the Falcon are listed at 7x5x1 inches (18x13x2 cm), for example. Besides which, it’s a nice decoration for “Star Wars” fans in between your galactic smartphone adventures.

Make sure to pick up these chargers quickly before they hyperdrive away, and may the Force be with you as you fuel up your phone on one (or both) of the pads.

Next post Home improvement project? Be prepared to wait months