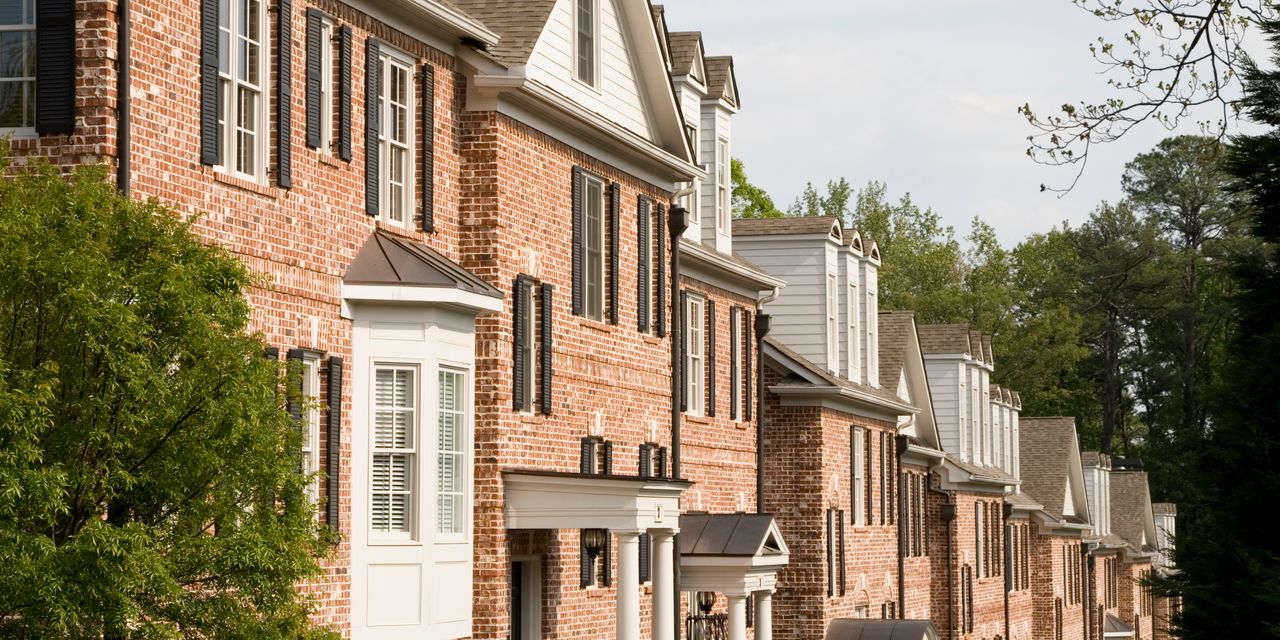 One group of homeowners continues to be behind on their mortgage payments. If that trend should continue, it could threaten the strength of certain real-estate markets across the country.

Many homeowners with mortgages backed by the Federal Housing Administration, or FHA, are delinquent on their homes, according to a new analysis from the American Enterprise Institute, a conservative think-tank based in Washington, D.C.

Around 14.7% of the 7.6 million FHA mortgages outstanding nationwide were delinquent as of May, up slightly from the previous month. Additionally, 10.5% of these loans were seriously delinquent, meaning they were 90 days or more past due and in danger of going into default.

These figures include loans that are in forbearance — at the start of the pandemic, federal regulators and lawmakers set up forbearance programs that allow homeowners to pause making mortgage payments. Those forbearance programs were extended again, allowing homeowners to make an initial request for payment relief until the end of September. Depending on when a homeowner made their first request, they can pause payments for anywhere from six to 18 months.

The overall number of Americans requesting forbearance has declined in recent weeks, but the percentage of borrowers facing financial challenges remains higher among FHA borrowers. The FHA program targets homeowners with lower credit scores and less money saved for a down payment — the program tends to be popular among first-time buyers and people of color.

The open question is what happens to the FHA borrowers in distress currently when the clock runs out on their forbearance. Most Americans who exited forbearance successfully resumed making their payments and were able to arrange to have the money they owe deferred until the end of the loan’s term. Those who can’t make their normal payments as they previously did may be able to have their loan modified, but that isn’t a given.

“If a modification is unable to address the delinquency, the next option is for the borrower to sell the home,” American Enterprise Institute Housing Center Director Edward Pinto and research fellow Tobias Peter wrote in the report. “Given the rapid level of home price appreciation, this alternative should allow many distressed owners to avoid foreclosure, pay off the mortgage, cover selling expenses and maintain one’s credit record.”

“
‘A buyer’s market could develop in ZIP Codes with heavy exposure to such borrowers.’
”

Any homeowner who isn’t able to sell their home or modify their loan is likely to face foreclosure or other financially challenging options, such as a short sale, the researchers warned. Whether a homeowner leaves their home by choice or through foreclosure at the end of all this, it will have the effect of adding supply to the market they live in.

“As a result, a buyer’s market could develop in ZIP Codes with heavy exposure to such borrowers,” the researchers wrote, noting that these would be areas with a high concentration of FHA loans in delinquency. So which markets are most at risk?

Atlanta tops the list, with 17.4% of the city’s mortgages in delinquency as of May. The city also has a large share of FHA loans overall, with those loans representing over a fifth of all mortgages in the city.

Within these metro areas, the specific neighborhoods most at risk are likely to be those that are low-income or with higher percentages of households of color. But given that many of these families have been able to see their initial investment grow due to rising levels of home price appreciation — and the general lack of housing supply across the country — these markets may be able to avoid serious problems if enough families can afford to sell their homes before they face foreclosure.