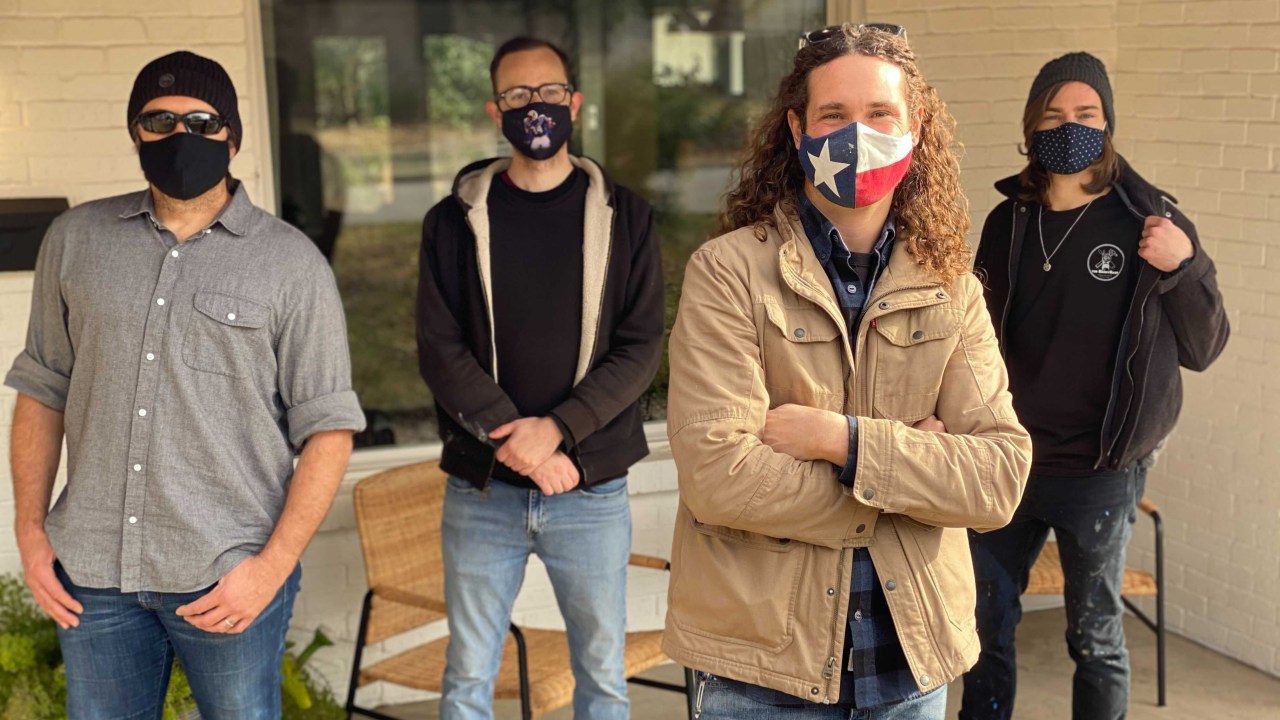 AUSTIN (KXAN) — When life gives you a pandemic, start a band.

“It was akin to an entertainment industry version of the 9/11 event where like everything just started cascading,” True Lawton said.

COVID-19 lockdowns took Lawton’s almost 10 years of concert production and tossed it out the window. He went from producing roughly 70 events last year to zero in 2020.

Lawton was laid off, but the hurt didn’t hinder his hustle.

“I became a part-time mechanic, I was a cook, I was a beekeeper.”

None stuck, but his background as a handyman did. So, he started a “pandemic pivot” business: The Handyband Collective. The producer now pairs Austinites with those he knows best: musicians and entertainment industry professionals. The combined latter are desperate for work and the former need simple, handy-person tasks done.

“It was a little nerve-wracking,” Lawton said. “But then when I started talking to them on the phone, these were awesome, professional people who’ve been working in much higher stress jobs than a painting scenario and all communicated the same: ‘I just want to do a good job and I’m dying for some money. I can’t go back to my service industry job, because I’m the third-string and they need the first string, or they’re not even open anymore,’ and so, within a couple of days, I had a crew of, a ragtag misfit crew, of painters-to-be. And you know what? We crushed it.”

One of the recent projects included work on a north Austin house being prepped to go on the market. Homeowner, and local “Decoyote” musician, James Jean was “all in” when he learned of Lawton’s business.

The musicians-for-hire, from local band Swimming with Bears, worked on his landscaping, hung doors, installed windows, and changed some things inside. You can see a picture of them in action on the Handyband Collective’s Instagram. So far the renovations have turned heads.

“They walk in and it’s like, ‘Wow, this is awesome man.’ And it’s all work that the Handyband Collective did,” Jean said.

One of the musicians hired, Swimming with Bears guitarist David O’Farrell, moved from Houston and joined the band this year. Talk about timing, right? But thanks to the Handyband collective, he doesn’t have to worry about the immediate future.

“I kind of didn’t know what on earth I would do for work cause my first plan, of course, was service industry: bartending or something of that nature but obviously that’s off the table. That community is struggling as well,” he said. “It was just such a relief to within days of landing here, have work lined up and this very house, this was my first project.”

It’s work Lawton wishes he had to fund his music career over the past 10 years.

“I toured all over the country. Every time I went on a major tour, I sold a major piece of equipment to do it… That was the only way I could survive and every time I came back I was almost double in the hole, because I didn’t have the tools I needed to do the jobs to make the money to then go back out on tour.”

“I hire 20 people for some side gigs and they make some money,” Lawton laughed.

O’Farrell can’t speak for other musicians but knows just how much this side gig means.

“I think it’s great. I know there’s a lot of musicians out there probably in turmoil right now just wondering, ‘Okay, how am I paying rent this month?’ And then what? So I know this is a huge help to a lot of people, to have some stability and to be able to still do what they love.”

“I’m kind of like the archangel that makes sure you don’t zapped or like have a problem, cut something weird or whatever and work through that job with the person,” Lawton said.

He teaches and guides hires along the way, asking them questions. They start as apprentices and then when they develop more skills, their work will come with higher pay and more responsibilities. Eventually, Lawton hopes to develop crews he can send to job sites together.

“These people need some kind of financial diversification in their life and what a better way than just learn how to fix some stuff?” he said.

He realizes it’s up to the musicians to have their own insurance and pay their own taxes, so he also wants to raise some capital to get them over that hump.

It wouldn’t be a “band” without selling merch. The collective has teamed up with the Salvation Army of Austin to help distribute hoodies to individuals and families in local Austin homeless shelters with its own “GIVE and GET” hoodies. You can learn more about the clothing and cause on their website.

Lawton has given and gotten a lot out of his venture so far.

“It’s provided a lot of hope for me. I won’t speak for the people that have been working for me, but I seem to get a lot of smiles. I’ve had three or four music industry contacts that I’ve been working with and paying and several of them have said, ‘I don’t really know what I would be doing for work right now if you weren’t giving it to me.’”

If you’re interested, you can submit a honey-do list or try out for the Handyband on its website. So far more than 20 people have tried out for the collective. You can put down the skills you know and the skills you want to learn. Lawton screens potential hires with professional background questions, focusing on experience doing certain types of handy work — an important part to pair them with jobs that come in.