During lockdown, many of us made the pilgrimage back to our family homes – and rediscovered them through fresh eyes. Part guide, part love letter, “Home towns” is a new series in which we celebrate where we’re from. After all, it could be a while before we can go anywhere else…

© Provided by The Independent

Before the Troubles began, Lurgan was a quiet, unassuming town – the kind of place people passed through on the way to somewhere else. It was best known for its curiously broad main street – one of the widest in Ireland – and out-of-proportion urban park, the largest in Ulster, and second only to Phoenix Park in Dublin on the island. Lurgan also gave birth to the idiom “a face as long as a Lurgan spade” (although this is hardly a selling point).

When the bad times arrived, the town could lay claim to another superlative: its railway station was the most bombed in the country. Lurgan was by then mainly known as a terrorist stronghold, where Protestants and Catholics were kept apart by that wide main street. Along with the derided new town of Craigavon and neighbouring Portadown, our patch became known as the murder triangle of Northern Ireland.

Living on the town’s suburban edge, my house would shudder when yet another bomb went off. There was, however, an upside to the frequent bombings: you could pick up a bargain in a “bomb-soiled” sale. I bought a beautiful red corduroy jacket for a snip, undamaged but reeking of smoke.

Neither the bombs nor the body searches outside every store, however, put our townsfolk off shopping. We learned resilience. We learned to be tough. Despite the hardship and horror, the Troubles brought out the best in people: kindness, generosity, and a wickedly macabre sense of humour shared only with medics.

During that time, Lurgan wasn’t on any tourist’s list. (Apart from that one French couple who left their car unattended in the centre of town. When the police explained that vehicles had to be occupied by someone at all times in order to deter car bombings, the French couple could neither understand the Ulster English nor the concept of Northern Irish security.)

Then, when my next door neighbour, a policeman, was shot dead as he opened the town-centre security gates early one morning, the tragedy of the Troubles became personal.

Looking back, I’m not surprised I left Lurgan as soon as I could. But our hometowns – however much we reject them in youth – somehow hold onto our hearts. Lurgan will always be the place that shaped me, even though I abandoned it and moved across the water.


The town’s moved on too, leaving the Troubles behind. My adult self is learning to appreciate its grit and bounce-back. I’m rediscovering the generosity of its townsfolk in times of Covid, and its quiet “just-get-on-with-it” attitude.

Visitors too, are learning to look beyond the bomb-damaged centre, with its ugly and hastily re-erected shop spaces rubbing shoulders with older buildings that date back as far as the 17th century.

Leaving behind the high street to head down Windsor Avenue, you’ll come to an imposing 19th-century Elizabethan-style castle, capped with a lantern tower and a forest of tall chimney stacks: Brownlow House. It was built for Irish politician Charles Brownlow, 1st Baron of Lurgan. You can take a guided tour through his stately home, visit the small war museum in its basement and enjoy a genteel afternoon tea.  Beside the castle, Lurgan Park was once part of the Brownlow estate – explaining the expanse of parkland, the long avenue of lime trees and 59-acre lake.

And that’s not all Lurgan has to recommend. Here’s how to explore my no-longer beleaguered home town’s best bits.

Coronavirus-related restrictions are currently in place across Northern Ireland. Click here to find out the most up-to-date information.

Once you’ve explored the park, head to Oxford Island Nature Reserve at Lough Neagh (the UK’s largest freshwater lake) on the edge of town. Not actually an island, the peninsula is home to a large cast of resident and overwintering waterbirds. Enjoy spectacular winter murmurations or throngs of house martins in summer. Follow the paths alongside the lough, its reedbeds, wildlife ponds, woodland and meadows all dotted with bird hides. Visit the Discovery Centre and fuel up at the cafe.

Five miles east of Lurgan lies the handsome Georgian village of Moira. The StillHouse, found on the historic main street, is a characterful gastropub focused on local produce with an onsite distillery, a beautifully refurbished interior and cosy beer garden. Don’t just settle for a pint though; the StillHouse is all about the spirit. Book a tasting session and tour of the RubyBlue Spirits of the Hughes Craft Distillery. Attend Gin School and learn the art of small batch distilling. Choose the botanicals and create your unique recipe gin to bottle and take home. The course costs £80 per person or £110 per couple sharing a copper still.

Conveniently, after an evening of sampling spirits, right next door to the Stillhouse is Ralph’s House, a gorgeous boutique guesthouse that combines luxury and comfort with an eclectic mix of antiques and vintage finds. The 18th-century gentleman’s townhouse is decorated throughout with sumptuous colours and textures. Begin the day with a continental or cooked breakfast made with fresh, local produce. Doubles start from £100.

You can enjoy Moira’s boutique shops or slip out into the countryside to Ballydougan Pottery, just three miles north of Lurgan. The historic thatched house, built in 1785 for a wealthy linen merchant, doesn’t just offer an Irish-flavoured shopping experience, but the whole package.

Join a pottery class, browse the extensive gift shop and rest up in the restored Linen Barn with a hearty Ulster lunch, served on Ballydougan’s hand-thrown pottery. The in-house bakers produce delicious buttermilk scones, wheaten and soda breads fresh from the oven – and an array of tempting cakes and desserts. The courtyard beckons in summer, a roaring fire in the barn in winter. Five cottages form a clachan around the plant-softened, gravelled courtyard. Once used to store and grade Irish linen (dispatched to places as far afield as Australia and America), the traditional single-storied buildings now offer rustic comfort and traditional Irish self-catering accommodation. Two-night stays from £160 for two.


Northern Ireland is so tiny, you’re never far from the sea. The dramatic Causeway Coast and Glens of Antrim are just over an hour away, while the Down coast – “Where the Mountains of Mourne Sweep Down to the Sea”, as the song goes – is a mere half-hour’s drive away. Strangford Lough offers the stately homes of Castle Ward (of Game of Thrones fame) and Mount Stewart, while the marine nature reserve is riddled with islets – one for every day of the year, allegedly. Join a canoe or kayak tour to eye-ball Strangford’s grey seals. Inland, you can explore “basket of eggs” countryside, the County Down drumlins that hold historic Hillsborough and Downpatrick within their folds. And if city life beckons, nip down the motorway to Belfast and the Titanic Quarter. It’s only a 30-minute drive. 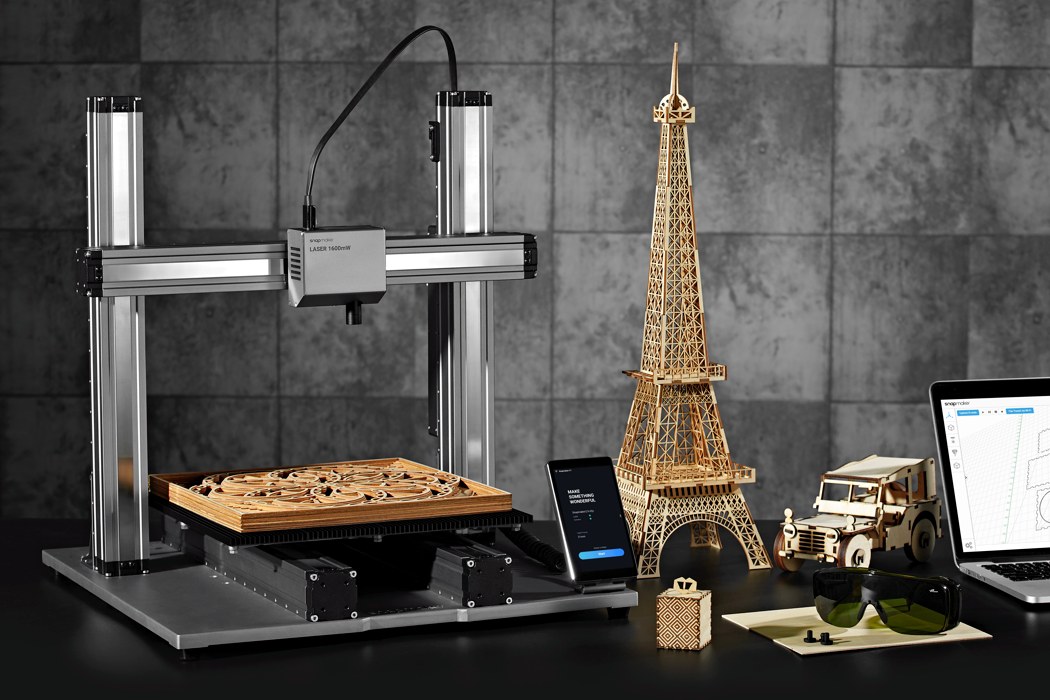 Next post Snapmaker 2.0 is a desktop 3D Printer, Laser Engraver, CNC machine that lets you “Design From Home”