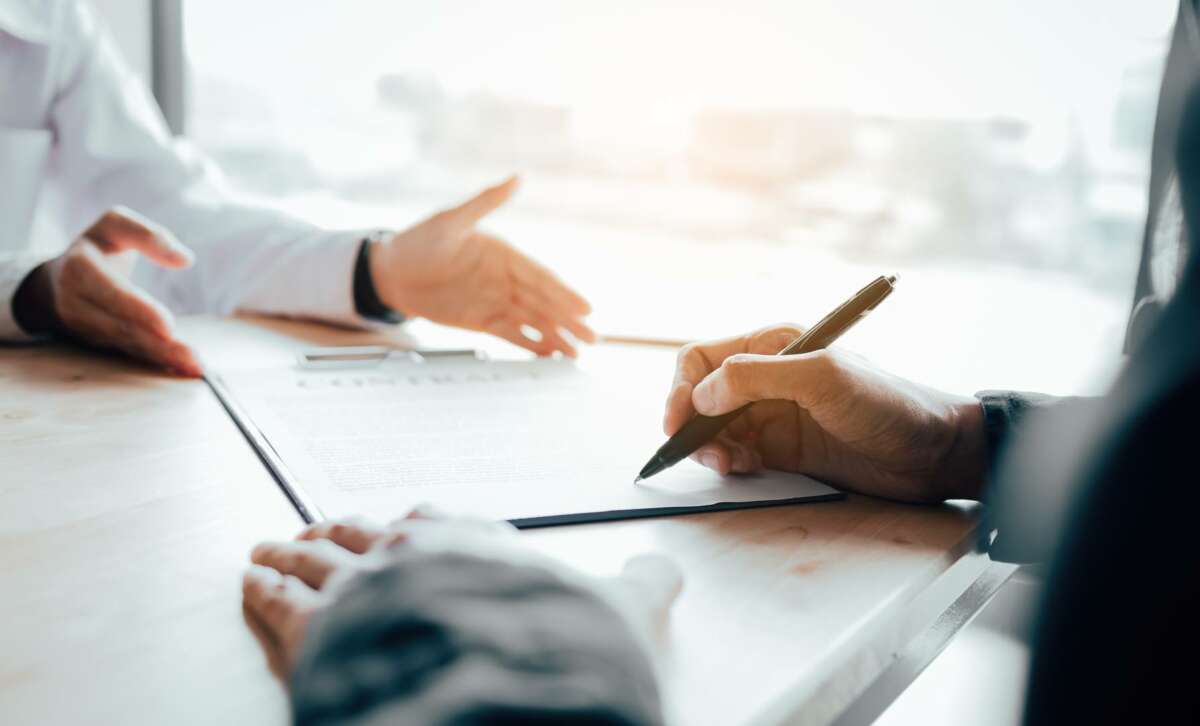 The pandemic has caused office building vacancies to rise in many markets, in some cases to double-digit percentages. As the country’s largest renter, the federal government will have some big decisions to make about real estate. With an assessment, the managing directors for government investor services at Jones Lang LaSalle, Art Russell and Lucy Kitchin, joined Federal Drive with Tom Temin.

Tom Temin: Give us the macro effect, first of all, of what the pandemic has done to commercial real estate in the big cities, where government is also a major renter.

Art Russell: I wouldn’t say it’s come to a halt. But money’s waiting on the sidelines. We’re waiting for a vaccine. And I think once that happens, and once that hits, you’ll start to see economic activity. A lot of economists are pointing to probably ’22, late ’21, even probably, maybe towards late ’22 recovery, but it’s happening.

Lucy Kitchin: So, what’s happening is the government is not stepping in to fill the breach like they did, Tom, in the 2009/2010 economic recession,. We’ve all been waiting on the sidelines, like Art said, and looking to see where our demand would be coming from. And the government was a very good steward of commercial real estate back in 2009 and ’10. They grew by a lot, they saved the Washington, D.C. region. And that type of growth just isn’t happening, and mostly because the federal spending is not focused on growth. It’s focused on getting money to the consumer and small businesses. So the different nature of the stimulus that we’re seeing coming out of the capital is really affecting real estate.

Tom Temin: And in those buildings where the government is not the only tenant, is there the opportunity right now then for government agencies to perhaps consolidate into a single building where they’re scattered in multiple half empty buildings? And could they do that and get some good deals now? Is that even a possibility?

Art Russell: Tom, you must have been a real estate agent in your previous life, because that’s exactly what’s going on. You’re seeing a lot of consolidations. COVID has forced people to look at staffing. You see a lot of people right now, obviously, teleworking. No one’s in the cities. People come in just as they need to, critical personnel. And for instance, you may see 150,000 square feet divided by two leases, could be in two separate demographic areas, consolidate to 100,000 square feet. And you could be seeing those people in the 50 going to the larger location and losing that second space. In terms of deals, right now in terms of government leasing, I’d say owners who typically had private sector folks, now want government leases. That makes competition go up. And it makes concession packages go up as well.

Tom Temin: Because for a long time, there has been the admonition coming from GAO and Congress to some extent and different oversight bodies, that the federal agencies should do better at leasing, in terms of getting some of the benefits from long term, because the government tends to be a short-term renter. Is there a chance to change that model, perhaps now. A unique opportunity?

Lucy Kitchin: Yes, I would say absolutely. There’s been a mandate within GSA to do more with the economic conditions that they have to be–it’s a buyer’s market, to use a a residential real estate term. And so the government has actually been coming into the market when they have leases. And when they have demand, they’ve been looking at longer terms. You’re absolutely right, Tom. They’ve been doing stopgap leasing, because they’ve been thinking they were supposed to end up in a consolidated federally owned building. But they’ve started really changing that model and saying, “You know what? we can get really, really good deals if we go 10 or 15 years.” And we’re seeing that bear out. We just want to see more of it.

Tom Temin: Sure. And let me just ask you a larger real estate question is the expectation in the commercial real estate field, that the levels of occupancy that we saw at the peak, say in San Francisco and all those tech companies were going crazy, or New York, will never quite get to those levels, because organizations, governmental or non-governmental, have embraced this idea that a certain percentage will always now telework?

Art Russell: That’s the $69,000 question, Tom. I think what you’re finding right now is critical personnel, headquarters, you will see folks using that space. But the Googles, the larger corporate 500 companies, you won’t see them really coming back until the vaccine has probably been disseminated, logistics are in place. So maybe that’s April, May, early spring, early summer, spring, about 2021. Most folks are talking about staying away till June, July. And then also even now what you’re seeing in the private sector is folks are doing short-term leases, smaller, flexible space. They want more flexibility to figure out what the next year, 18 months comes forth. They’re coming back. What it looks like, and I think it’s still being figured out. But it’s definitely coming back. Will it be pre-COVID levels? I think we’re all hoping so. I think a lot of prognosticators are saying 80/90{911ea05452e114f1778c76ca86733b6032c246f8f651bb1f01d12abf04b54efb} of what it was before the next two years. And I think there’s going to be a huge release of funding and huge release of, sort of like, energy, because this is such a consumer-driven economy. People will be able to get out and do what they couldn’t do before probably the last year or so.

Tom Temin: We’re speaking with Art Russell and Lucy Kitchin, managing directors for government investor services at Jones Lang LaSalle. So basically, then, you shouldn’t try to short the market in the long term for real estate, but act now, while you’ve got the opportunities?

Lucy Kitchin: I would absolutely agree with that. That’s right.

Tom Temin: All right. Let me ask about energy, that is, in terms of electricity, and power, and water and so forth. With a new Biden administration coming in, we’re going to see, I expect, a resumption–you’re already hearing it–of energy consumption goals for federal facilities. And I think they’re mainly talking about government-owned buildings like the State Department or something. But nevertheless, they do have that leverage for landlords. Do you think that that will be a factor in, a., choosing a building, and then, b., choosing the terms of a building with respect to energy efficiency, investments or upgrades, they might demand of landlords?

Art Russell: You know what? That is definitely something on Biden’s first 100 days. What they are looking at, our understanding, from some of the feedback we’re getting is that Biden, the administration, wants to look at about 4 to 5 million commercial buildings across the country. And they will be affected by regulations, probably, obviously, air ventilation, HVAC requirements, standards that will, hopefully once we come back from this pandemic, meet more of those requirements. Obviously, the EPA will be affected, Energy, those types of agencies will probably get heavy funding. So everyone’s going to be under sort of, what are the requirements? How’s it really affected? Will they be grandfathered? Because this is all about money. How’s it affect my ability to be successful landlord to really service my clients? And how can I really work hand in hand with the government? So those are questions I think Biden will lay out in the first three to four months of his administration.

Tom Temin: So it’s good to be Carrier or Honeywell at this point, if not necessarily a landlord.

Art Russell: Yeah, you want to buy a lot of stock. 3M. Honeywell. You’ve got the right mindset.

Tom Temin: Alright, so what else should government real estate people be doing and thinking about now? What’s your best advice for them to strike while there’s a new administration coming in, and while the iron is hot, so to speak, because of this vacancy market?

Tom Temin: Lucy Kitchen and Art Russell are managing directors for government investor services at Jones Lang LaSalle. Thank you both very much for joining me.