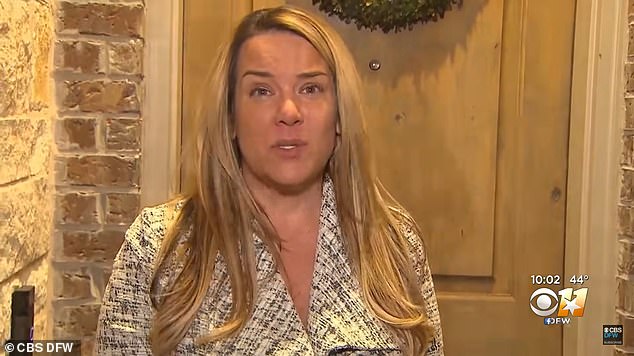 The Texas real estate broker who bragged about taking a private jet to storm the US Capitol earlier this month is now demanding President Donald Trump pardon her from charges.

Jennifer ‘Jenna’ Ryan, 50, of Frisco, turned herself into authorities on Friday for her role in the January 6 Capitol seige that left five people dead.

She was charged with knowingly entering or remaining in a restricted building or grounds without lawful authority and disorderly conduct on Capitol grounds.

The FBI searched her Carrollton home Friday and hours after her arrest she was released.

‘I would like a pardon from the President of the United States. I think that we all deserve a pardon. I’m facing a prison sentence. I think that I do not deserve that,’ Ryan said to CBS11 after returning home.

‘From what I understand everyone is going to be arrested that was there, so I think everyone deserves a pardon. I would ask the President ask the United States to give me a pardon,’ added.

Texas real estate broker Jenna Ryan, 50, who bragged about taking a private jet to storm the US Capitol during the January 6 siege and was arrested Friday is now demanding President Donald Trump pardon her from charges 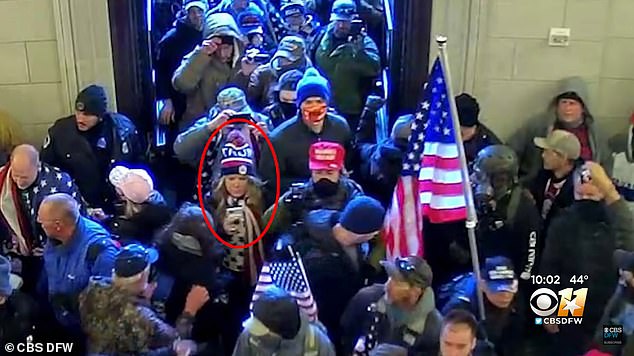 Jenna Ryan pictured wearing a Trump hat storming the US Capitol during the January 6 siege. She later tweeted, ‘We just stormed the Capital. It was one of the best days of my life’

She insisted she and the other Trump supporters who flocked to DC and stormed the Capitol building in a bid to stop the Congress joint session to certify the election were simply obeying Trump’s orders.

‘He asked us to fly there, he asked us to be there. So I was doing what he asked us to do. So as far as in my heart of hearts, do I feel like a criminal? No. I am not the villain a lot of people make me out to be or think I am because I’m a Trump supporter,’ she added.

She echoed the argument of the lawyer for ‘QAnon shaman’ Jacob Chansley, 33, who stormed the Capitol wearing a fur headdress with horns.

‘He listened to him. He felt like he was answering the call of our President,’ Watkins said. 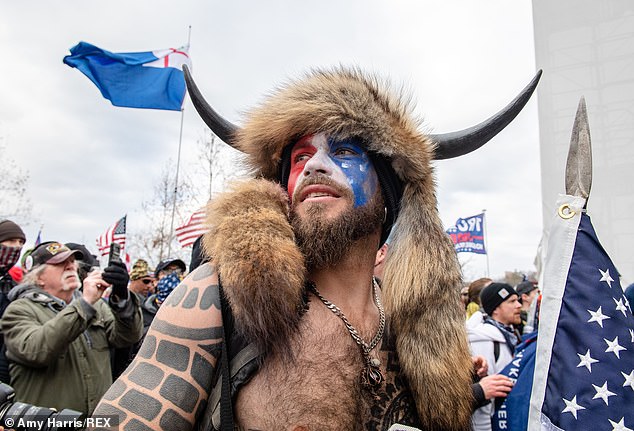 The lawyer for ‘QAnon shaman’ Jacob Chansley, 33, who stormed the Capitol wearing a fur headdress with horns, has also asked President Trump to pardon him, saying: ‘He listened to him. He felt like he was answering the call of our President’

Ryan took a private plane to Washington DC on the day of the riots and shared posts on social media from the riot.

She arrived in DC for Trump’s rally on a ‘small private aircraft.’ Her Facebook page shows she checked into The Westin Washington the night before the rampage that left a Capitol police officer dead.

The following day, while thousands of people fired up by Trump marched towards the US Capitol in an avowed bid to ‘Save America’ as members of Congress were certifying Joe Biden’s presidential election victory, Ryan videotaped herself outside the Capitol saying, ‘We’re going to be breaking those windows.’

According to an FBI complaint, Ryan shared a video on social media saying: ‘We’re gonna go down and storm the Capitol’ and livestreamed a 21-minute video of her and a group walking there.

‘We are going to [expletive] go in here,’ she said as she approached the top of the stairs on the west side of the Capitol building. ‘Life or death, it doesn’t matter. Here we go.’ 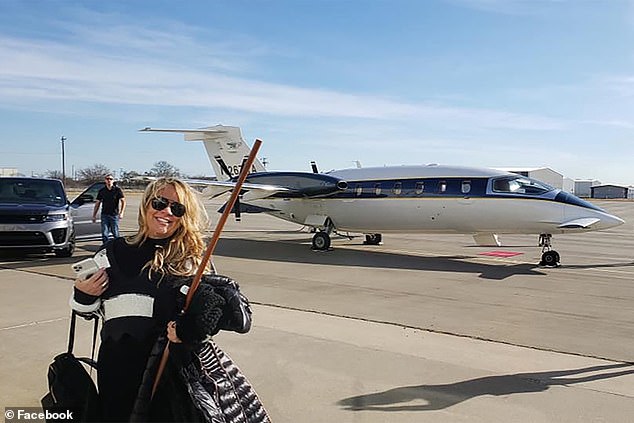 Ryan took a private plane to Washington DC on the day of the riots and shared posts on social media from the riot. Pictured above posing in front of jet 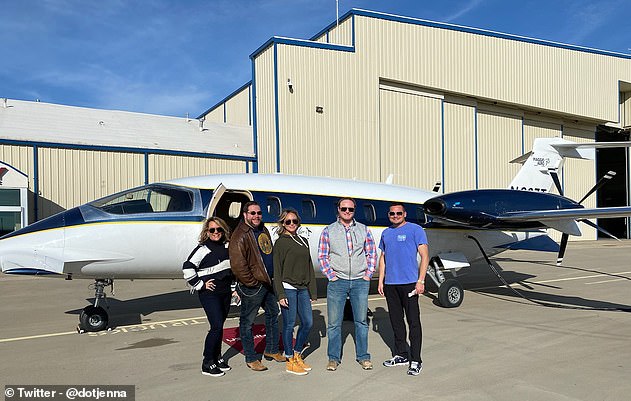 The group, including Ryan (left), posed for a picture in front of the private jet they hired to take them from Denton, Texas, to the capital to join the rally

She also posted a photo of herself outside a building with a broken window with the caption: ‘Window at the capital (sic). And if the news doesn’t stop lying about us we’re going to come after their studios next.’

She later tweeted, ‘We just stormed the Capital. It was one of the best days of my life.’

Now she fears that her career is ruined in the wake of the arrest. 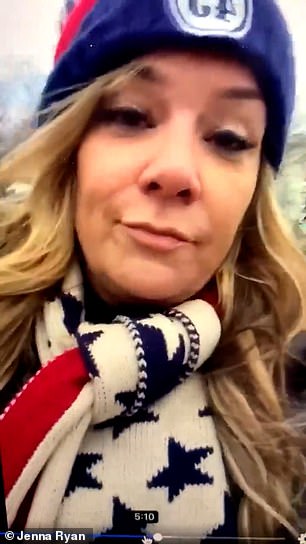 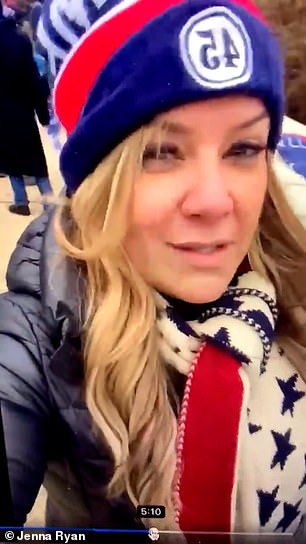 Jenna Ryan on Friday was charged with knowingly entering or remaining in any restricted building or grounds without lawful authority, and disorderly conduct on Capitol grounds 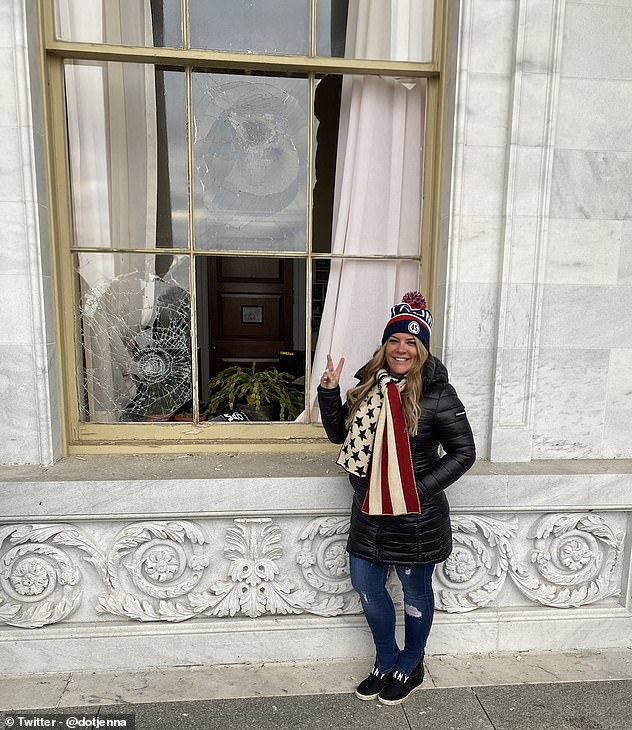 Ryan, pictured above posing in front of smashed windows at the US Capitol, hosted live streams on Facebook as she walked through the streets towards the Capitol

Days later, amid complaints to the Texas Real Estate Commission demanding it revoke her license, Ryan issued a statement saying she was ‘truly heartbroken’ over the lives lost during the assault.

‘Unfortunately, what I believed to be a peaceful political march turned into a violent protest,’ she stated on Twitter.

She also tweeted that she lost a publishing deal for a book related to her work.

Since the rally she said she has received thousands of death threats and people attacking her business. Despite this, she said she would do it all over again and has no regrets.

Approximately 100 participants in the Capitol seige have been arrested.

THE FIVE PEOPLE WHO DIED AT MAGA MOB RIOT ON CAPITOL 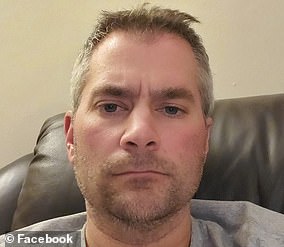 Sidnick was allegedly hit over the head with a fire extinguisher during the chaos. It’s unclear where exactly he was when he was injured; many of his colleagues were outnumbered on the day.

He retreated to his division office afterwards which is where he collapsed. He was taken to the hospital, put on life support but died on Thursday night.

Federal prosecutors have now launched a murder investigation into his death. Like the people he was fighting, he supported Trump. 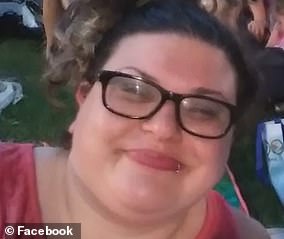 Roseanne Boyland, 34 – Trampled in the Rotunda

Roseanne Boyland, 34, from Georgia was ‘trampled in the Rotunda’, her family told DailyMail.com on Thursday after police she had been potentially ‘crushed’ in the mob.

Her family said she had planned to ‘hang back’ but was emboldened by Trump’s speech earlier on Wednesday.

They say they blame Trump for her death. 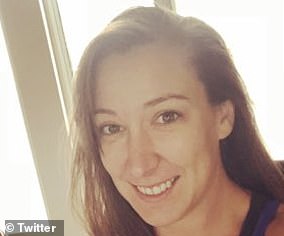 Ashli Babbitt, 35, was a 14-year air force veteran who was fatally shot in the chest by Capitol Police as she breached the building.

A witness to the shooting suggested the San Diego local was shot by police when she tried to climb through a broken window to get into congressional chambers.

She was pictured lying on the ground afterwards with blood streaming from her nose. She was the only person shot on Wednesday. 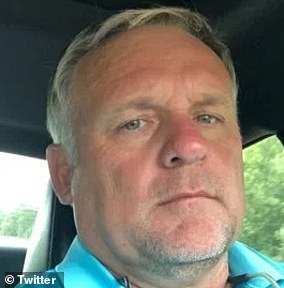 Kevin Greeson, 55 – Had a heart attack ‘in the midst of excitement’

His family said in a statement: ‘Kevin had a history of high blood pressure, and in the midst of the excitement, suffered a heart attack. Our family is devastated.’

Among recent comments was: ‘Let’s take this f*****g country BACK! Load your guns and take to the s streets. I’m bringing my guns.’ 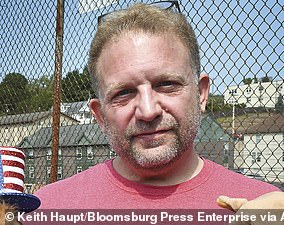 Ben Phillips, 50 – Had a stroke after leading caravan of Trump fans from PA to DC

According to The Inquirer, Phillips described the day as ‘the first day of the rest of our lives’.

‘They should name this year Zero because something will happen,’ his friends claim he said before the riot got underway.

Phillips founded the website Trumparoo, where Trump supporters can speak to each other, and organized transport for dozens of people to get to DC from Pennsylvania on Wednesday.

It’s unclear at what point in the day he suffered his stroke, or if he was married or had children.