Legendary former Indian cricketer Sachin Tendulkar still happens to be the best cricketer to have ever played the sport. He continues to hold the record of being the highest run-scorer in Tests and One-Day Internationals.

Owing to his prolonged success in international cricket, as well as in the Indian Premier League, where he played for Mumbai Indians, he has naturally earned huge bucks during his career. Meanwhile, he continues to remain the richest cricketer on the planet even today.

On Saturday, Tendulkar turned 48-years-old. As we celebrate the legend’s birthday, we take a tour of his twin luxurious properties in Mumbai.

Situated in Perry Cross Road in Bandra (West), the current valuation of his first property is ₹39 crore, which consists of multiple floors with a terrace and a couple of basements. The property is mostly decorated with wooden furniture and has marble flooring. His dining hall is all modernised with the latest furniture. As for his terrace, it has furniture to sit, while it is also surrounded by greenery that includes palm trees, along with a small pond to grow tropical plants. He often enjoys the famous Mumbai rains on the terrace itself, as is evident in the video below.

As for his interiors, it is widely decorated with all modern amenities, while his living room also consists of a small place to worship the idol of Lord Ganesh. Also, his washroom happens to be ultra modernised.

Meanwhile, he also owns another property in Bandra-Kurla Complex, which is an apartment, called Rustomjee Seasons. It is 1,600-square-feet, which is worth ₹7.15 crore, registered under the name of Tendulkar’s wife, Anjali. It has a carpet area of 1,459.38-square-feet and consists of a couple of car parking space. The property is ultra modernised once again to the fullest, as these pictures of the interior decoration prove that Tendulkar is indeed living the king’s life. 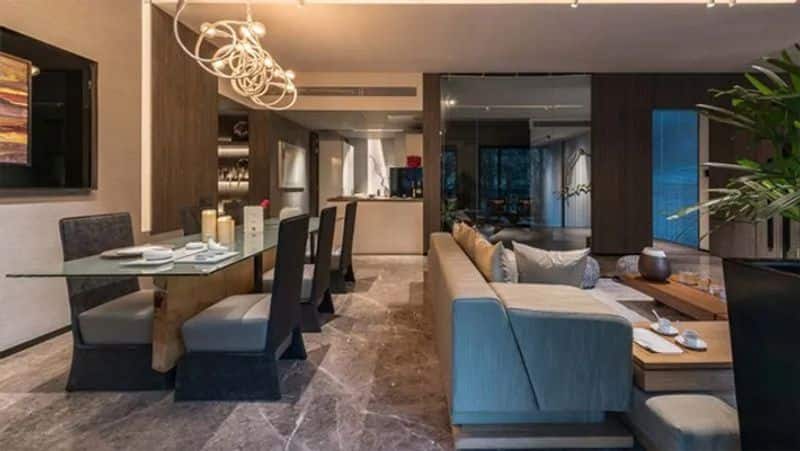 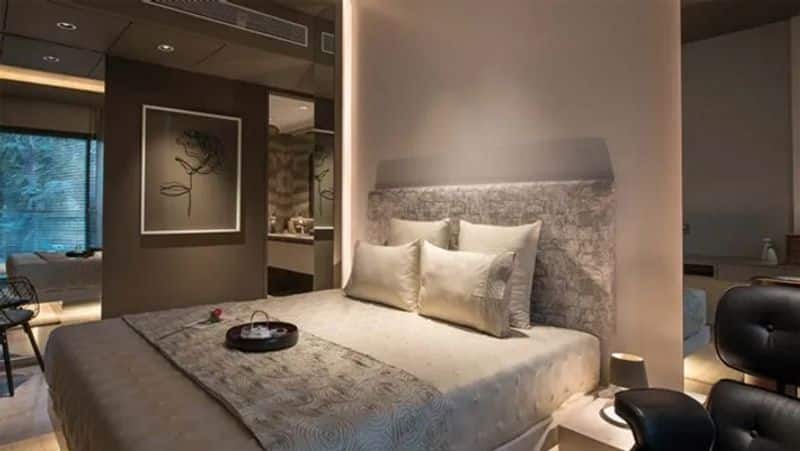 Buying Your First Vape Kit? Here’s How to Choose the Best One

What colors go with blue? 7 beautiful blue color palettes for every room