© Evan Mitsui/CBC
Chyanne, who has a spiral cord injury, is a 28-year-old resident of Midland Gardens Community Care in Scarborough. The home had more than 200 violations of provincial legislation in a five-year span, according to an analysis by CBC’s Marketplace.

While living in long-term care for nearly four years, Chyanne says she’s seen bruises and injuries on her fellow residents.

And she’s photographed her home’s rotation of food to show how bland it is — some of the dishes in styrofoam trays feature fried meat; others include pre-packed fruit cups and muffins, with a single hard-boiled egg.

There’s also “a lot of death,” added Chyanne, whose identity CBC News is protecting for her privacy and safety.

“The person who’d ask what I did for the day, what movie I watched. They were like my grandmas and grandpas — 299 of them,” she said in a recent interview.

“I remember all the residents that die,” Chyanne added. “Because I’m young.”

Soft-spoken with a sharp wit, the Toronto resident suffered a spinal injury four years ago. She has been living at Midland Gardens Community Care in Scarborough since 2017.

Not by choice, she says, though she knows her unusual circumstances give her a window into a system rarely seen up-close by anyone beyond staff and residents who are mostly elderly.

Over a five-year span, her home had 212 violations of the Long-Term Care Homes Act and Regulations (LTCHA), according to an analysis from CBC’s Marketplace.

That makes it the home with the most violations in Toronto — the third-highest in all of Ontario, behind Hogarth Riverview Manor in Thunder Bay and Earl’s Court Village in London.

Chyanne wasn’t surprised by the findings.

On a damp, overcast afternoon, Chyanne has parked her electric wheelchair on a paved pathway in a park near the home, hoping for a bit more privacy than her bedroom provides.

She explains how someone so young wound up in long-term care: Chyanne grew up in the child welfare system, without family support. Then, in 2016 at the age of 23, she injured her spinal cord when the TTC bus she was on crashed, sending her flying.

Her injury, coupled with a previous epilepsy diagnosis, means she not only needs a wheelchair, but also extra support for daily tasks like bathing.

That support, she says, isn’t always available at Midland Gardens, where she alleges staffing shortages and neglect were often the norm in recent years.

© Sue Reid/CBC News
Over a five-year span, Midland Gardens Community Care in Scarborough had 212 violations of the Long-Term Care Homes Act and Regulations (LTCHA), according to an analysis by CBC Marketplace.


Marketplace‘s analysis found that between 2015 and 2019, the home had various repeat violations of the LTCHA, which sets out minimum safety standards that every care home in Ontario must meet.

But Midland Gardens has never faced any consequences from the province.

The full Marketplace review looked at 10,000 inspection reports, and found more than 30,000 “written notices,” or violations of the act.

It also revealed that of the 632 homes in the Ontario database, 538 — or 85 per cent — were repeat offenders, but there are virtually no consequences for homes that break that law repeatedly.

© Supplied to CBC News
A meal served to residents at Midland Gardens, says Chyanne, a 28-year-old resident of the Scarborough home who took this photo and supplied it to CBC News.

Sienna Senior Living, the company that operates Midland Gardens and owns more than 40 other long-term care homes in Ontario and British Columbia, maintains “critical steps” have been taken to improve operations and ensure residents and staff are as safe and healthy as possible.

“As an added measure, we continue to meet weekly to review all areas of compliance and we have assigned a compliance lead who is collaborating closely with the Ministry,” Mann said in an email.

Those preparations, taken over the past few months, were meant to get ready for the second wave of COVID-19.

While the Marketplace analysis looked at violation data up until the end of 2019, the start of this year marked the beginning of the pandemic, and the arrival of the new coronavirus in hundreds of long-term care facilities.

Midland Gardens experienced 42 resident deaths in the first wave, according to Ontario’s figures.

“When it first came into the home, I felt like I was in a fishbowl, waiting,” Chyanne recalled. “I knew I was going to get it.”

In early May, Chyanne said she lost her sense of smell and taste — early warning signs of the disease. But she alleges staff didn’t take it seriously at the time, and weren’t adequately equipped with personal protective gear.

On May 17, she had a fever that spiked to more than 38 degrees, prompting a nurse on-site to call an ambulance.

© Supplied to CBC News
Chyanne took this photo of her arm while in hospital being treated for COVID-19 in May. She’s not sure how long she was hospitalized, which included a stint on oxygen in intensive care.


Chyanne wound up in a hospital for several weeks, including a stint in an intensive care unit, hooked up on oxygen but, to her relief, never a ventilator. She was discharged on June 10th.

Now, months later, she’s still coping with breathing issues, and the day-to-day challenges of living in a home marked by so much death.

When asked by CBC News about Chyanne’s concerns over staffing, protective equipment, food options, and an overall lack of proper care at the home, Mann said Midland Gardens is “fully staffed” with adequate levels of personal protective equipment, makes a wide variety of meal choices available to residents, and has remained out of an outbreak situation since July 17.

‘No tolerance’ for abuse: LTC minister

According to Dr. Samir Sinha, director of geriatrics at Sinai Health, part of Toronto’s University Health Network, longstanding issues in the long-term care system go far beyond any individual home.

“Before this pandemic, long-term care was really struggling in Ontario, in the sense that it’s a really underfunded system,” he said.

While the homes are “highly regulated,” they’ve long struggled with staffing shortages, Sinha said, and the challenges of caring for elderly residents with complex needs, including dementia.

He also said there has been criticism of the provincial inspection process for years, both before and after Ontario scaled back from having at least one thorough annual inspection to a largely complaints-based approach in 2018.

Marketplace host David Common called into a news conference with Ontario Minister of Long-Term Care Merrilee Fullerton earlier this week to ask her to speak to the fact that despite orders that are available to inspectors, homes still appear to commit the same violations repeatedly.

“There’s no tolerance whatsoever for negligence or abuse,” she said, noting that she feels her government is prioritizing serious offences in their inspections.

“They must be dealt with in a fulsome way.”

Bundled up in a blanket, with her face mask pulled down to take a sip of Starbucks strawberry-coconut drink, she reflected on her unique journey from being an accident victim, to a 28-year-old long-term care resident, to a whistleblower trying to call attention to what she sees as abuse and neglect.

She’s desperately hoping to leave Midland Gardens, and is stuck on a waiting list for another home better suited to her needs — and age.

In the meantime, Chyanne plans to keep fighting for “accountability.”

“I’ve been tasked with something that is so hard to accomplish,” she said. “The government has known for decades about the problems in these homes.” 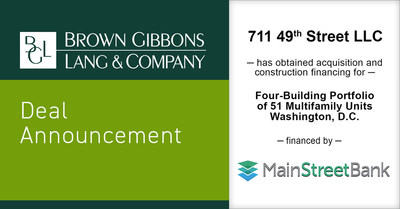 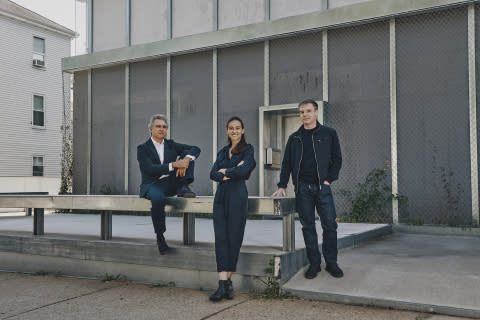 Next post WoHo Raises $4.5 Million in Seed Funding, led by The Engine, to Transform the Design and Construction of Resilient Living and Working Spaces