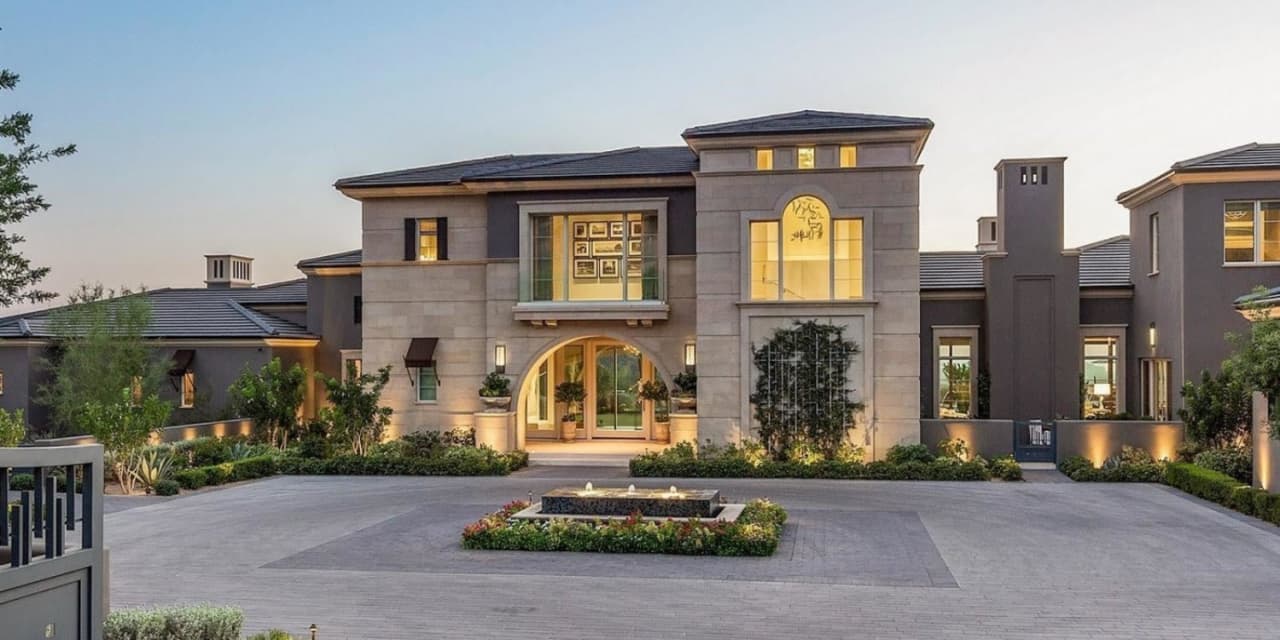 A desert estate in Scottsdale, Arizona, sold last week in a $21 million deal, making it one of the priciest homes to ever change hands in the Grand Canyon State, according to one of the brokerages involved in the transaction.

The modern Mediterranean-style spread sold Thursday in what is the second-highest sale in Arizona history, according to a news release from Russ Lyon Sotheby’s International Realty, the agency who represented the buyer.

(Mansion Global couldn’t independently verify that it was the second-highest sale.)

The estate, which had been asking $27.5 million since hitting the market in October 2020, is set on close to five acres within Scottsdale’s private and guard-gated community of Silverleaf, according to the listing with Lisa Westcott of Silverleaf Realty.

Built in 2017, and comprising a six-bedroom main house, a guest house and a resort-style backyard, the estate “is the ultimate in craftsmanship,” Ms. Westcott said in an email.

The main house is fitted with French limestone and French Oak flooring throughout, seven fireplaces, state-of-the-art living spaces, a gym and a granite kitchen. Plus, its hillside location means unobstructed views of Scottsdale and the surrounding desert, Ms. Westcott added.

One of the estate’s main selling points is that while extremely luxurious, “it’s a very homey and livable property,” Ms. Westcott said.

The seller—who shielded their ownership using an LLC—bought the property some three years before completing the build, paying $2.35 million for the lot in 2014, according to Maricopa County property records.

Mansion Global could not independently confirm the buyer and new owner of the home, as the deed has yet to appear on property records online.

“This second record breaking sale is just more great news that we are continuing to see a strong upward trend in the luxury sector of the market,” Todd Gillenwater, CEO of Russ Lyon Sotheby’s International Realty, said in the release.

Indeed, high-end real estate markets across the U.S., particularly those outside of major city centers, are thriving, according to new luxury market data from realtor.com.