Say goodbye to the Old Wayne County Building. Meet The Randolph instead. 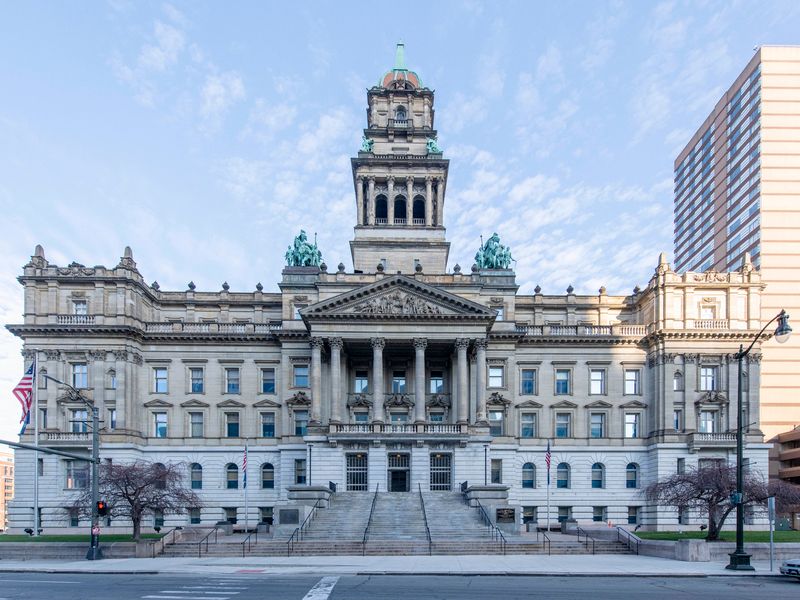 One of downtown Detroit’s most iconic buildings is being rebranded by its owner as it hits the market for lease — or for sale.

The Old Wayne County Building — dubbed that because, well, it’s where the Wayne County government once had its executive branch offices — has been rebranded as “The Randolph” by its owners from New York.

The roughly 236,000-square-foot building at 600 Randolph St. was renovated in a $7 million effort that wrapped up in 2018 by Lansing-based The Christman Co., which has an office in Detroit, and Quinn Evans Architects Inc., which has offices in Detroit and Ann Arbor. The project began in 2016.

The building is owned by 600 Randolph SN LLC, an investment group that paid $13.4 million for it and a 120-space surface parking lot in 2014. It was built between 1897 and 1902 and has generally been considered most suited for a single occupant rather than multiple users because of its layout.

The building has sat vacant since 2009 after the county moved its executive branch employees into the Guardian Building. It was vacated after the county purchased the high-rise at 500 Griswold St. from Detroit-based Sterling Group in 2008 as part of a $14.5 million deal.

“Since acquiring the property in 2013, this trophy asset has been maintained and renovated to an institutional standard,” Brendan George, the CBRE senior vice president who is marketing the property with Jasper Hanifi, a CBRE associate, said in a statement.

“While preserving and showcasing this building’s history is a top priority, new occupants will also have an opportunity to modernize the building with standard technology and amenities,” George said.