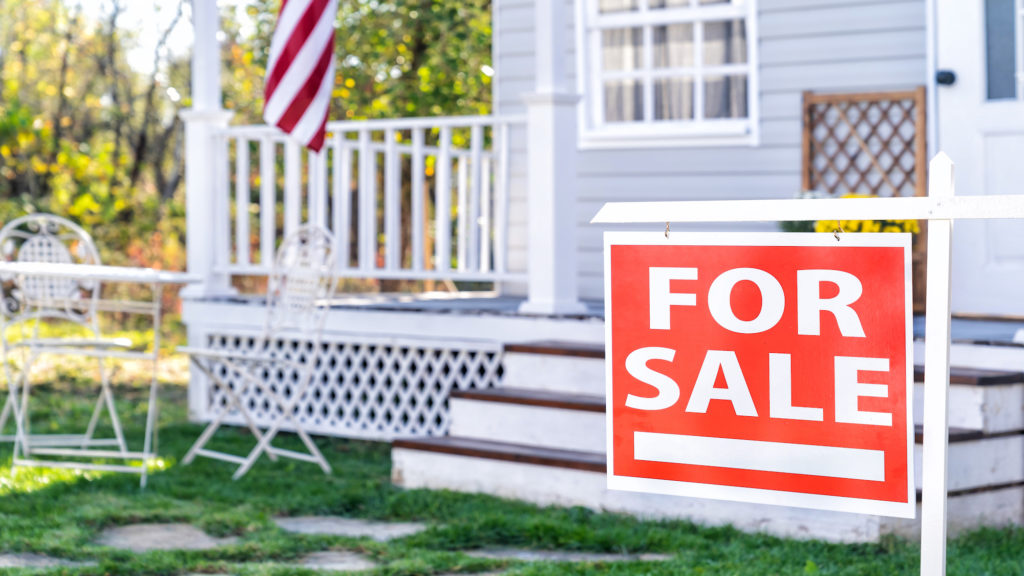 Owning a home is a lifelong dream for many Americans. But in many parts of the country, the dream can seem hazy and all too distant these days. Prices have zoomed to new heights over the past year as hordes of buyers flocked to the market—right at the same time that sellers spooked by the pandemic pulled their listings. Today, it’s hard enough finding a home for sale due to that historic inventory shortage, let alone one at a reasonable price.

However, there are still deals to be found—if you know where to look. That’s why our data team scoured the nation to find the metropolitan areas with the most homes for sale at just $100,000 or less. That’s quite a bargain considering the national median list price was more than three times higher, at $340,000 in December, according to realtor.com® data.

They’re out there for buyers willing to forgo trendy neighborhoods and invest in a fixer-upper.

The metros on our list are areas that have struggled economically, even if they’re now on the upswing. Some were once thriving industrial towns that have since fallen on harder times as factories closed. Many were hard hit by the Great Recession and the resulting foreclosure crisis. Some are cities that have rebounded, but with neighborhoods that still lag behind.

“Even the successful cities on this list have economies that may not be as vibrant as they once were. When you have more homes than interested buyers, that tends to result in lower prices,” says realtor.com Chief Economist Danielle Hale. Nonetheless, “homes that are $100,000 or less aren’t exactly common in these areas—they’re just more common than anywhere else.”

To come up with our findings, we scoured realtor.com to find metropolitan areas with the most single-family home listings at or below $100,000 in December. We narrowed our list to the 150 largest metros and included only one metro per state. (Metros include the main city and surrounding towns, suburbs, and smaller urban areas.)

Ready for some bargain hunting? Grab the checkbook, and let’s go!

For decades, Detroit has been the poster child for industrialized cities in decline. First came the long ebb of auto manufacturing, then a crash of foreclosures during the Great Recession. But during the coronavirus pandemic, Detroit’s housing market has exploded, says Lyndsey Sass, associate broker at Re/Max Leading Edge in Dearborn Heights, MI, a Detroit suburb. Professionals from more expensive areas now able to work from home are flocking to Detroit for its low cost of living and affordable home prices.

You’ll have to act fast to nab one, though, says Jason Gelios, real estate agent with Community Choice Realty in the Detroit metro.

“These are some of the fastest-moving properties in Detroit and surrounding areas,” he says. “If you’re looking to purchase in this price range, you have to move fast and present a strong offer.”

Detroit is popular with buyers seeking starter homes and investors looking to purchase rental properties or homes to flip.

In Detroit, Grandmont-Rosedale and Warrendale are the neighborhoods where you’re most likely to find a home for less than six figures. Check out this three-bedroom brick home for $79,800, or this two-bedroom ranch home right next to a city park for $79,000.

The St. Louis housing market is still on the rebound from the Great Recession, says local real estate agent Phil Hearn, of Real Estate Bees, a real estate tech platform. That’s why there are still good real estate bargains to be found—particularly for those who are handy and don’t mind putting in some elbow grease. But prices are going up, particularly on single-family houses.

“Whether you’re looking for a move-in ready or fixer-upper, you can find great deals throughout the city,” he says. “Depending on the neighborhood you choose, homes priced below $100,000 might need a face-lift or a full remodel.”

Buyers are most likely to find homes for around $100,000 in the Ellendale, Boulevard Heights, and Bevo Mill neighborhoods, which are all undergoing resurgence efforts. This historic home in Ellendale was built in 1938 and recently renovated. The two-bedroom brick home is listed for $80,000.

The Steel City boasts some of the coolest neighborhoods in the country. Its thriving tech sector, top-notch universities, and more affordable cost of living have helped with the city’s reinvention.

Homes for around $100,000 can be found throughout the city, especially on the outskirts of the downtown metro, says Jen Mascaro, a real estate agent with Coldwell Banker Real Estate Services.

“Many are move-in ready, while others are a great investment opportunity to restore to their original glory,” Mascaro says.

“Someone looking to buy a home under $100,000 should be prepared to do some work,” says local real estate agent Dina Castillo, of Piatt Sotheby’s International Realty. “They should also be prepared to compromise on location. Locations where you could find homes under $100,000 a few years ago just don’t have those options anymore.”

While glitzy downtown Chicago houses a wealth of arts and cultural institutions, award-winning restaurants, and multimillion-dollar condos in glam high-rises, other Windy City neighborhoods are still struggling economically. These are the areas where buyers can still find relatively inexpensive real estate.

The most affordable include the South Side of Chicago and the southern suburbs, including Elgin, Joliet, and Waukegan, where you’ll find both attached and detached homes, says Paul Kempa, designated managing broker at Realty ONE Group in Chicago.

“Many of the affordable, single-family detached homes are being sold as is,” he explains. Many need a good amount of work, perfect for an enterprising buyer.

Located on the Mississippi River in eastern Iowa, Davenport, about 180 miles west of Chicago, is part of what’s known as the Quad Cities.

Some of the area’s biggest employers include John Deere, which is headquartered in the nearby suburb of Moline, IL, and the U.S. Army Reserve Support Command located on Rock Island Arsenal in Illinois. But people flock to the Iowa side, which offers reasonably priced  homes and much lower property taxes, says W.T. Grampp, the real estate broker at Grampp Realty.

Central Davenport, which is home to great schools, shops, and very little traffic, is one of the best neighborhoods to find decent, bargain-priced homes. Many homes here are Victorian-style, with tall windows and ceilings, and are about 100 years old, Grampp says. This three-bedroom home built in 1915 is newly remodeled and listed for just $82,500.

From professional sports teams to a notable restaurant scene to the Rock and Roll Hall of Fame, Cleveland has plenty to offer its mix of families and young professionals.

“If someone has aspirations of becoming a homeowner, it is certainly well within their reach,” says local real estate agent Kristina Morales. “At the lower price points and within desirable areas of Cleveland, once a home hits the market, it is quickly taken off with multiple offers.”

The inner part of the city on the banks of Lake Erie is where you’re most likely to find a home within the $100,000 range. Many need to be remodeled, but there’s good news: Buyers who purchase a fixer-upper may qualify for the city’s Residential Tax Abatement Program, which eliminates property taxes when homeowners rehab certain homes.

Deals can be found in other parts of Cleveland, too. In the Slavic Village neighborhood, there’s a three-bedroom, Colonial-style home with an updated kitchen and bathroom for $85,000. Or buyers can snag a 2,000-square-foot, five-bedroom house located in West Park listed for $99,900.

Over the past several years, Birmingham has been striving to reinvent itself. Today it is a thriving metro with art museums, theaters, outdoors activities, festivals, and, as always, plenty of college football. The city attracts new residents with its low cost of living and homes available in various price ranges, says TJ Sayers, a real estate investor in Birmingham and owner of Birmingham Homebuyers.

“It is still possible to find houses in good areas around the $100,000 price range, especially those that need cosmetic upgrades,” he says. “But they don’t last long.”

Nearby towns like Pleasant Grove, McCalla, and Hueytown, and neighborhoods such as Huffman are a good place to start. Sayers says homes in these areas have appreciated well—for example, homes that sold for $100,000 a few years ago are now listed for $130,000 to $150,000.

“If you’re patient and are willing to do a few repairs, you may be able to find a great deal with instant equity in a good area like Huffman or Hueytown,” he adds.

Memphis may be a bustling metro area, but residents say it still feels like a small, tight-knit community. More people have moved to Memphis over the past few years, drawn to its low cost of living and healthy job market. Some of the biggest local employers include FedEx, International Paper, and AutoZone, which all have their headquarters here.

Home prices here are also lower than in other nearby metros such as Nashville, three hours northeast. The median list price in the Nashville metro area was $396,400 in December.

Some of the most affordable neighborhoods in Memphis include Cooper-Young, Midtown, and West Memphis, which is actually located across the river in Arkansas. For $80,000, you can find a two-bedroom, two-bathroom home in Cooper-Young. But according to the listing, the home needs “some updating.”

Indianapolis has a growing tech industry and has been luring young professionals from tech hubs on the West Coast. That migration is likely helped by its lower cost of living.

Lately, home inventory has been low, and even lower for homes priced around $100,000, and that’s sometimes creating bidding wars, says real estate broker Mike Jones, of Re/Max at The Crossing in Indianapolis.

“Pockets can be found all around the city in all directions,” Jones explains. The homes tend to date to the 1940s or earlier, and come in a range of sizes and amenities.

Located just five minutes from downtown, this remodeled two-bedroom is listed for $85,000, but it’s on the small side, at under 900 square feet. For almost twice the size, there’s a two-bedroom home in the Garden City neighborhood for $75,000.

Huntington has long struggled, including with the opioid epidemic, but appears to be on its way up. Community life and new businesses are thriving, and local parks, trails, and outdoor activities, such as boating, fishing, and camping, draw people from surrounding areas. Huntington is also affordable, and most residents are employed in the health care sector at one of the city’s hospitals or at Marshall University.

Located in the Southeast Hills neighborhood, this spacious 2,900-square-foot home with four bedrooms is an affordable $74,900. And you guessed it: The listing says it needs “a little TLC.”

* Median home list prices are for the metropolitan area as of December 2020 on realtor.com.