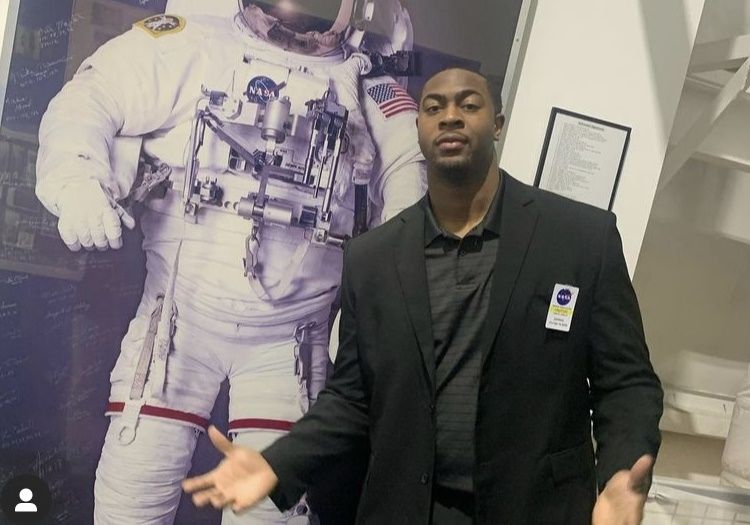 Dallas Cowboys offensive lineman William Sweet entered the National Football League as an undrafted rookie out of the University of North Carolina, earning a roster spot on the Arizona Cardinals in 2019. Before he ever played in a regular-season game, he found himself out for the year with a ligament injury.

The injury gave him time to realize that, even as a man in his early 20s, a lucrative pro sports career can end at any moment. So he started investing in real estate.

“That’s when my eyes opened up,” said Sweet, 23, who made his NFL debut with the Dallas Cowboys last year. “I wanted it to last forever. How can I make this last forever? Business was my way out.”

Sweet, through his company Sweet Ventures, now owns six single-family rental properties in his hometown of Jacksonville, Florida, and plans to own more than two dozen in the coming years.

Sweet is a member of a new class of professional athletes jumping into real estate, attempting to follow in the footsteps of famous athletes to make their own name in the industry. Roger Staubach, Emmitt Smith, Magic Johnson, Shaquille O’Neal, David Robinson and Alex Rodriguez are all-time greats in their sports, and each has made millions investing in commercial real estate.

But while superstars generate headlines, middle-class pro athletes still take home millions in salary a year, and they are increasingly moving beyond passive commercial real estate investment to taking a more active involvement in the industry before their playing time is through.

“Everyone isn’t as lucky as Tom Brady,” Sweet said of the now seven-time Super Bowl champion. “I think that a lot of guys think it’ll last forever. When that time comes, they’re living in the past and just trying to play catch-up, essentially, because the game will be over and a lot of guys are still trying to figure things out.”

Sweet in two seasons has earned just over $500K in salary, according to NFL contract tracking site Over The Cap, and signed a contract with the Cowboys for $1.5M over the next two years.

“The end goal for me was I could sustain a level of longevity with or without football,” he said.

Sweet said more of his NFL peers are looking to him for advice on investing in real estate as they realize the money they’re earning playing needs to last; the average length of a professional NFL career is just over three years.

Alexis Johnson founded the Legends Investment Network in 2019 to cater to athletes like Sweet. The company educates and connects professional athletes and celebrities who are interested in investing and getting involved in commercial real estate and alternative investments. Since its founding, Legends has grown to 82 members, Johnson said, most of whom are current and former NFL players.

A big reason for the surge in interest in real estate has been the coronavirus pandemic, she said. As lockdowns occurred, sports teams, professional musicians and performers lost money and ad revenues dried up.

“That revenue loss trickles down to everybody, including the players,” she said.

Anthony Tolliver in 2011 when he played with the Minnesota Timberwolves.

Anthony Tolliver, a 12-year veteran of the National Basketball Association, develops and invests through his company Say U Can LLC, which most recently completed two student housing projects in his home state of Missouri. Tolliver, who has played for 10 teams and is currently a free agent, said upward of 30 of his former NBA teammates have invested in real estate, including Kevin Durant, Robert Covington and Garrett Temple.

Over the three years Tolliver was teammates on the Sacramento Kings with two-time All-Star Zach Randolph, the two would frequently talk about real estate investing on the court. Today, Randolph is among Tolliver’s co-investors in Say U Can’s 55-plus-year-old multifamily community called Black Rock in Nixa, Missouri.

Interest among athletes continues to grow, especially as the average salary has increased in modern times. While there is still a wide gulf in earnings between superstars and other players, more and more see real estate as a good investment to keep their tenuous earnings secure.

“If you don’t have a $20M contract … you’re not set for life,” said Philip Michael, a commercial real estate investor who is raising funds from athletes to place in properties.

Michael and his nephew, pro soccer player Martin Braithwaite of FC Barcelona, founded NYCE Cos., which started a $1M seed fund for non-accredited investors, including some athletes. The company also owns a controlling stake in a $500M portfolio of 1,500 apartment units along with Texas-based LYND. (Disclosure: Michael is a former employee of Bisnow.)

“From my conversations with various people, I think [athletes] just want to make smarter decisions with the money,” Michael said. “People are thinking beyond their playing days.”

Tolliver said some of his peers have been inspired by professional athletes who turned themselves into business moguls, such as LeBron James and the late Kobe Bryant, who invested in Bodyarmor SuperDrink, co-founded a media studio and venture capital fund focused on tech, gaming and apps.

“I would actually say [the growing interest in investing] is more of a byproduct of it becoming cool,” Tolliver said.

Baron Davis was the third overall pick in the 1999 NBA draft out of UCLA, and he was an All-Star by the time he was 22. His early basketball stardom motivated him to build a nest egg — buying up a portfolio of residential commercial properties — well before his 13-year NBA career ended in 2012 and he had brought in $147.2M from his NBA contracts alone.

“I spend most of my time in tech and movies and creative. Early in my career, it was really about having a nice real estate portfolio that kicked off dividends,” Davis told Bisnow in an interview this week. “Now I can take bigger bites, knowing I have a nice solid foundation.”

Davis has been a serial entrepreneur and entertainer under the corporate umbrella of Baron Davis Enterprises, investing in Vitaminwater, founding the Black Santa Co. and producing numerous films and documentaries.

Davis said his next steps could take him back to his investing roots, with larger commercial real estate projects in Los Angeles and possibly Atlanta.

“We’ve been looking around and saying, ‘How do we take care of our community? How do we get athletes to invest in them?’” he said. “And real estate is key.”

Former Atlanta Hawks forward Josh Childress said he was inspired to move into commercial real estate while at Stanford University, when he saw all the money that billionaire real estate mogul John Arrillaga had given to the university, including funding scholarships for the basketball players.

“My understanding of success was based on the fact that this guy was able to create impact and allow a kid like me to come to Stanford, and he did that through real estate,” Childress said during a webinar put on by the Legends network. “I said, ‘I want to do that.’”

Childress, who spent eight years in the NBA over the course of a 15-year pro basketball career, is now CEO of Los Angeles-based Landspire Group, which invests in multifamily, residential and industrial projects in underserved portions of Orange County, California.

“We would love for [professional athletes] to invest with us,” Childress said. “There are certain skill sets that translate and correlate into both worlds.”

J.T. Thomas, an eight-year NFL linebacker who last played with the New York Giants, said athletes, especially Black professional athletes, have a responsibility to lead by example in the commercial real estate industry.

“[It’s] one of the biggest pain points in commercial real estate: access to capital,” said Thomas, who earned over $9.3M in NFL salary over his career and now owns a handful of rental houses with family members. Thomas said he is now working on plans to start a real estate fund that is geared toward accredited investors.

“To go to the commercial finance institutes annual meeting in Miami and only see a handful of Black people … it’s very eye-opening. But it only intrigues me more and only compels me more to be in the industry itself,” Thomas said. “It’s a great responsibility to be the gateway or to expose more minorities to commercial real estate.”

Michael said he and Braithwaite have similar goals with the NYCE funds.

“People of color, Black people specifically, there’s not a culture of savings. It’s a culture of consumption,” he said. “And that’s what drives the wealth gap. So that’s the main thing I wanted to address with this. There are people who haven’t invested before. The game-changing paradigm shift happens once you start investing.”

Athletes also are becoming more involved in the industry because there was once a perception that they were not capable of engaging in commercial real estate, Tolliver said. Nothing fuels a world-class athlete quite like the doubts of others.

“We have now set a precedent as athletes. It’s always been said, you know, ‘Shut up and dribble.’ Athletes are just past that now,” Tolliver said. “Not only is it just we can have opinions, but we can be successful. We have the ability to be successful real estate guys or tech investors.”