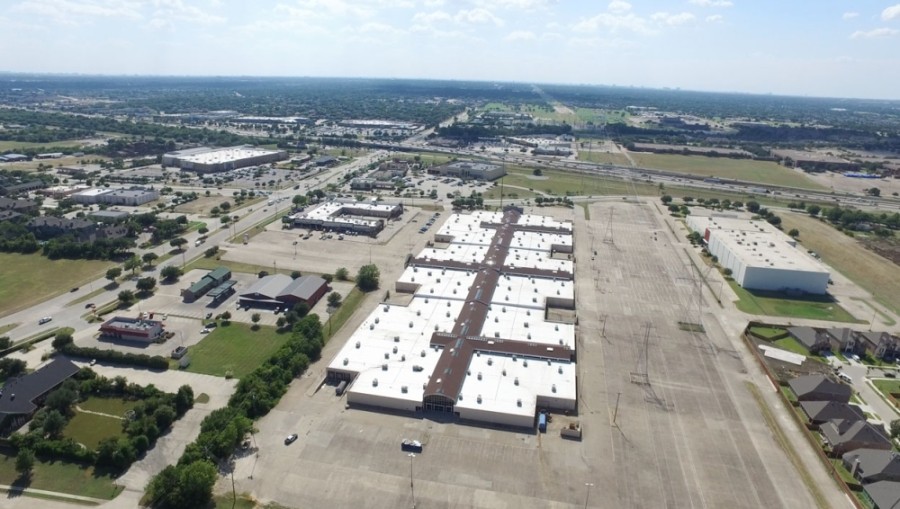 The proposed redevelopment plans would bring another roughly 325 apartment and townhome units to Plano as well as up to 16,500 square feet of restaurant and retail space. (Courtesy Engvest)

The Houston-based developers announced the finalized acquisition of the abandoned outlet mall and the 26 acres of land it sits on, according to a Jan. 22 news release.

Triten received approval on a rezoning request for the land by both the Plano Planning and Zoning Commission and Plano City Council in the fall of 2020. Triten has since begun its design process for the redevelopment of the land, the release said.

Previous owner Matthew Loh, who was represented by Dallas-based firm Engvest, had received previous offers for the land but decided to wait to sell until Loh agreed with the future concept for the land, the release said.

The proposed redevelopment plans would bring another roughly 325 apartment and townhome units to Plano as well as up to 16,500 square feet of restaurant and retail space. Portions of the abandoned mall would also be repurposed for roughly 178,000 square feet of office space along K Avenue.

The mall sits within one of the areas identified as a village concept in the Envision Oak Point Plan, a broad development guide for the city’s eastern Oak Point area adopted in 2018. Houston-based Triten Real Estate Partners expressed interest in leaning into the idea of a village concept through the architecture of the development at an earlier zoning body meeting.

Plano Director of Planning Christina Day said the city received “nothing but support” for the proposal when it reached out to the public, as previously reported by Community Impact Newspaper.

“We believe that the Market Square Mall has the ability to serve as a destination for Plano and Dallas area creatives,” Scott Arnoldy, founder of Triten Real Estate Partners said in the release.