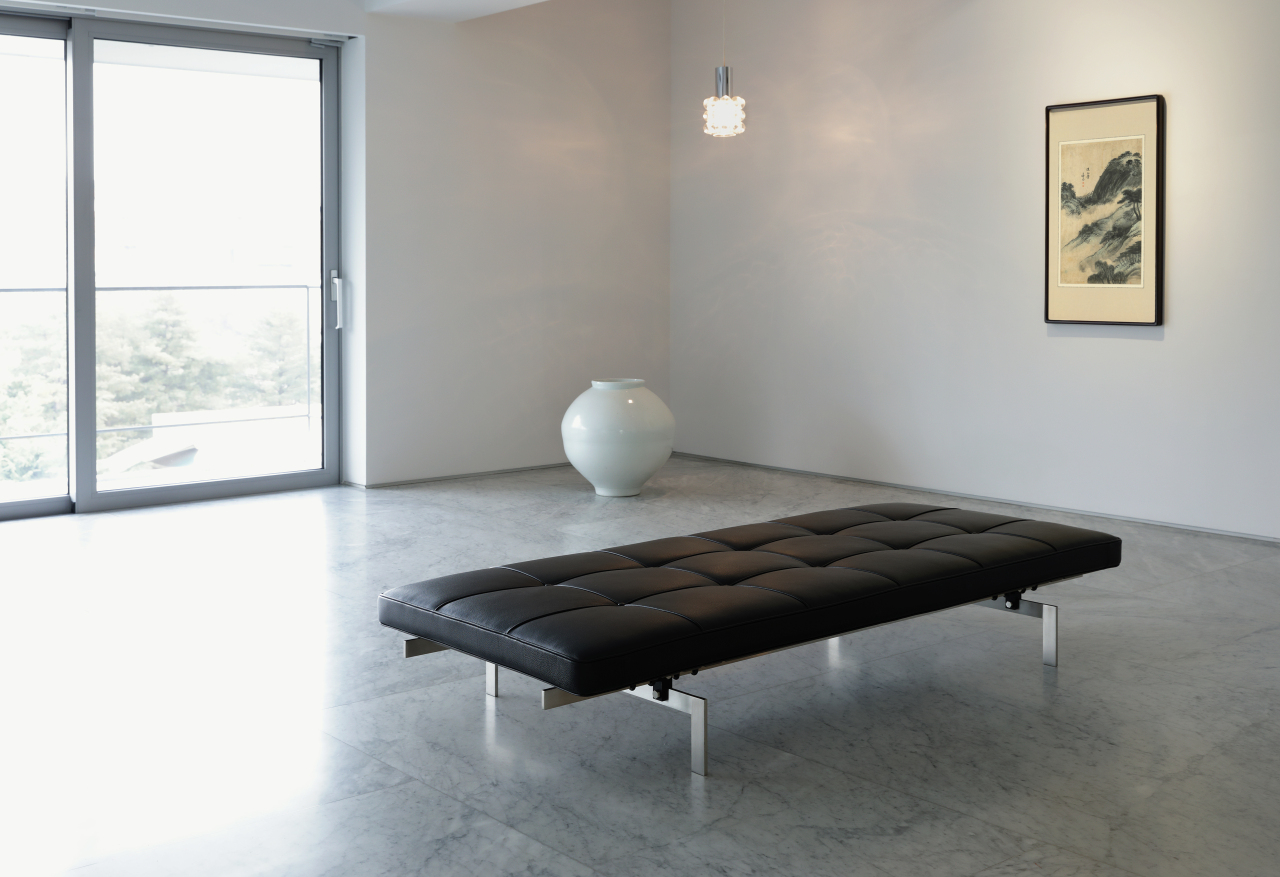 The pandemic year saw interest in interior design rise as people were forced to spend more time at home. Responding to such interest, PKM Gallery’s first exhibition of the year sheds light on how artworks and home furniture that transcend time and region can be harmonized at home.

“Time in Space: The Life Style” held at PKM+, part of the PKM Gallery in central Seoul, showcases around 40 paintings, sculptures, ceramics and pieces of furniture. The exhibition hints at how artworks from different eras and regions can be assembled to create harmony.

The exhibition building PKM+, designed by renowned Korean architect Kim Chung-up as a residence and built in 1969, was renovated a few years ago and transformed into a gallery.

Entering the exhibition hall, visitors are greeted by a moon jar, or traditional Korean white porcelain, by contemporary ceramic artist Kwon Dae-sup, and landscape painting by Joseon-period artist Jeong Seon (1676-1759) which hangs on the wall. Facing the two artworks is a daybed by Danish designer Poul Kjaerholm (1929-1980). The works from the East and the West transcend geography under the soft glow of a bubble lamp by Finnish designer Helena Tynell (1918-1973).

The gallery basement has been transformed into a home bar which is in high demand due to the prolonging pandemic. The space has a retro twist, another trend that is rising fast as people look back to the past as they seek to distract themselves from the unprecedented challenges of the pandemic times.

Elaborate rococo-print wallpaper decorates the space while a classic chester sofa, which was popular in the Victorian era and became widely known after it was used by Austrian neurologist Sigmund Freud for his psychoanalytic treatments, create an old world atmosphere. The iconic bar stool was designed by Swiss architect Pierre Jeanneret (1896~1967). Adding a contemporary pop culture to the space are works by Sambypen, a Korean cartoon illustrator, and Lee Won-woo’s lighting work, “You Are My Burning Light.

The exhibition runs through Jan. 30 at PKM Gallery in Jongno-gu, central Seoul. A virtual tour of the exhibition is also available at the gallery’s official website, pkmgallery.com. 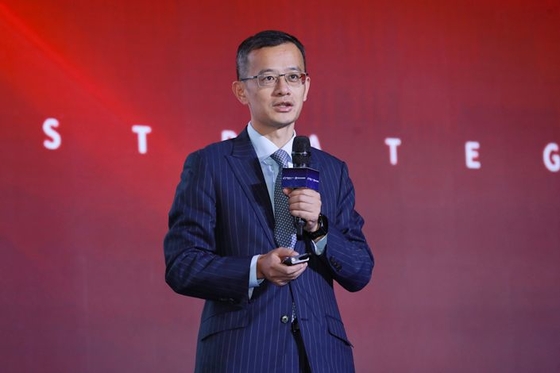