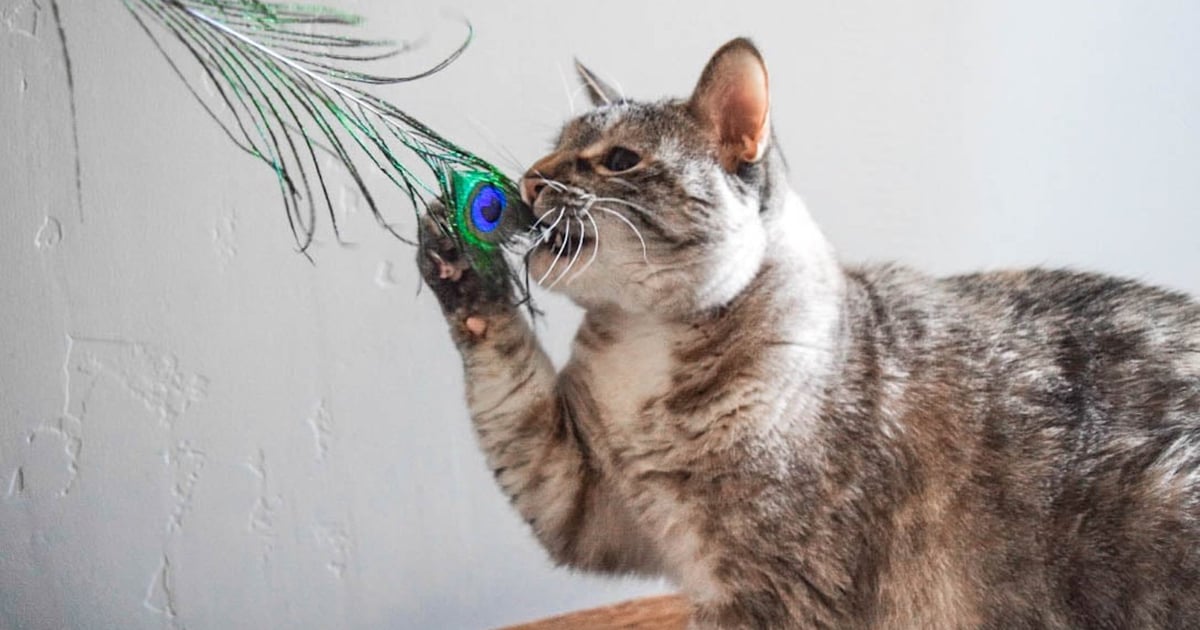 My cats have never really played with toys that much — in fact, they didn’t have any toys until a few months ago. It’s not that my family and I never gave them toys, but my cats never really showed much interest, and they seemed more than happy to run around the house chasing each other and playing with their own tails. However, that all changed when I introduced them to the easiest DIY cat toy I’ve ever come across: decorative peacock feathers!

Recently, I was freshening up my bedroom decor (i.e. trying to keep busy during lockdown) and had an old vase with peacock feathers lying around that I had been thinking of swapping with something new. The vase I donated, but I wasn’t sure what to do with the feathers — do I donate them, too? Would anyone want a bunch of peacock feathers? I didn’t want to throw them away, so I decided to try them out on my two cats, Oliver and Eevee. I was hopeful Eevee would play with them, as the younger of the two, but I wasn’t expecting much enthusiasm.

Boy, was I wrong — Eevee and Oliver flipped for them! I’ve never seen them run faster than when they were chasing those feathers around, and their eyes were ginormous from the excitement of this new feathery toy. Also, keep in mind Oliver was 13 years old at the time and we all thought that maybe his playing days were behind him, even though he had always been a fairly active cat. I couldn’t believe it; it felt like I’d struck gold! After working during the day, I’d pick up a feather, drag it around the floor, and watch them chase, swing at, and bite at it for hours. It became my after-work ritual with them, as it brought me a lot of joy to see them so happy and flying around the living room.

I personally like to play with my cats with the peacock feathers on tiled or nonscratch hardwoods and not on carpet, since my cats do have claws and like to use them when they play. Sometimes I’ll place the feather on the ground and swish it back and forth on the floor, watching them run and chase after it, or I’ll hold it a little above their heads so they can jump up and grab it as well. Another reason I love using peacock feathers in particular is that Eevee was getting a little overweight and needed to exercise more, so this is a superfun and easy way for her to get in some running for longer periods of time.

Peacock feathers make the best DIY cat toy for me and my cats. For one, they’re super cheap and easy to buy — you can find them at pretty much any craft or supplies store, and you can also easily order them on Amazon and even Etsy. On top of that, they don’t clutter up your home and turn your living room into a war zone of toys for your pets. They look great on a countertop, in a vase, or tied together in a bowl; you can really make them work for your space as they’re aesthetically pleasing and meant to be used for decoration in the first place. Plus, they are long and come in different sizes so you don’t have to worry about one of your cats accidentally clawing your hand when playing with them. I’d definitely recommend giving it a try if you’re in the market for some easy, inexpensive cat toys.

Keep reading to see where you can buy your own peacock feathers! 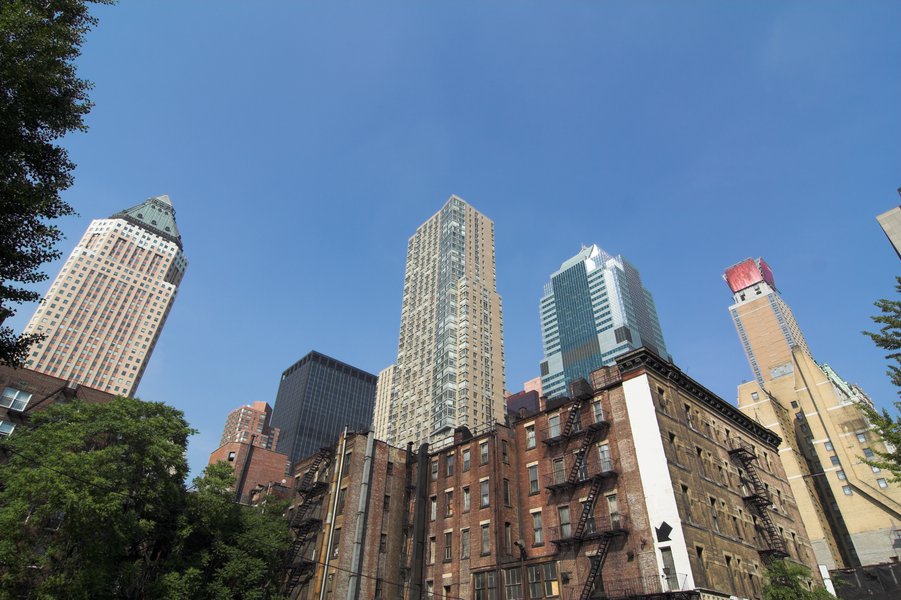 One month after its Parisian event, Orient Express Revelation: Once upon a time, there was the future Orient Express train, is heading to Miami from November 30 to December 4 for the 18th edition of the international Design Miami/ fair. Guests will discover the legendary train via an original immersive experience complete with virtual reality. […]

Want more deals? Visit CNN Underscored’s Guide to Cyber Monday for wall-to-wall coverage of the best discounts to be found during the...

American consumers’ shelling out on wintertime vacations including Xmas, Hanukkah and Kwanzaa has developed, increasing from some $567.6 billion in...

BY CATHERINE BLUMBERGSpecial to The Sumter Item The Holiday House Tour, presented by the Council of Garden Clubs of Sumter,...