One Part of D.C. Unlikely to See a Shake-Up? Its Real Estate Market 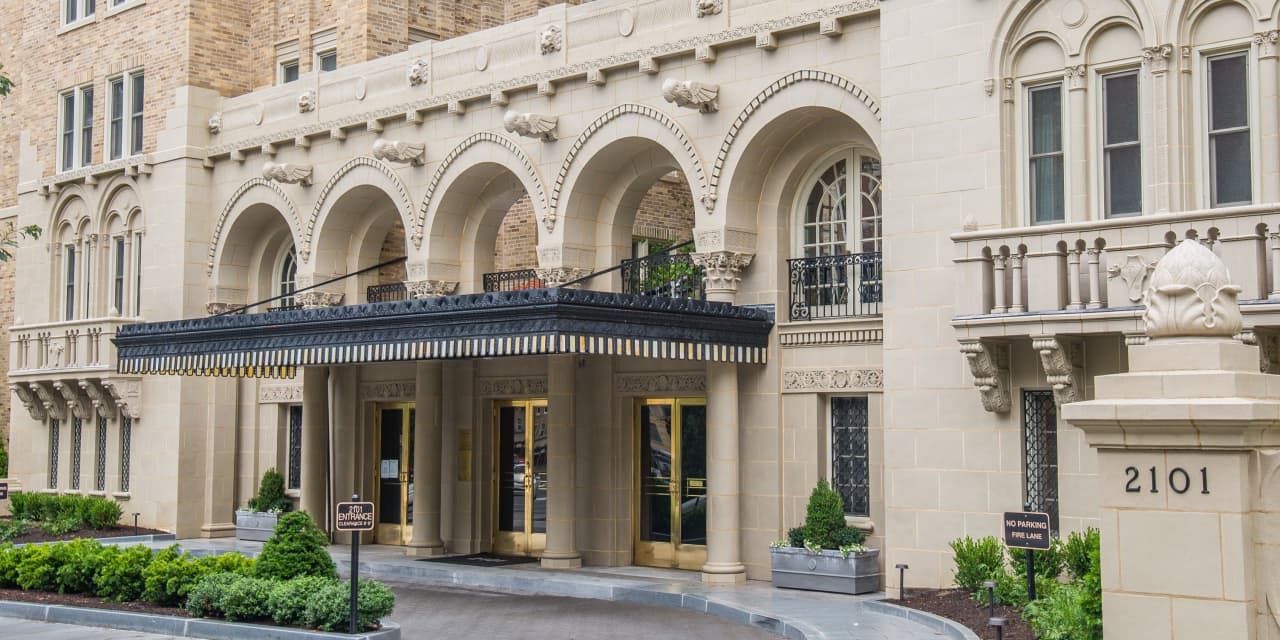 When the White House welcomes its new residents later this week, a few other upscale homes in Washington, D.C., are also likely to change hands. But D.C. insiders say the U.S. capital’s housing market remains relatively stable even when the reigning political party changes.

“There’s a misconception that there’s a big turnover in the housing market when administrations change from one party to the next,” said Marc Fleisher, a real estate agent with Compass real estate brokerage in Chevy Chase, Maryland. “Out of 100 senators, only about 35 are up for election in any year, so not that many move. And in the House [of Representatives] , not that many members buy in D.C. at all.”

Lobbyists, lawyers and some presidential advisers and cabinet members are more likely to move in or out of the capital city when an administration changes, said Mr. Fleisher, but many of them stay in the area regardless of which party is in power. However, 2017 was an exception, with a few more high-profile sales, since so many of the Trump administration leaders came from the private sector rather than political Washington, he said.

More: In Washington, D.C., a Penthouse at the Ritz-Carlton Asks $18 Million

“The majority of President-elect [Joe] Biden’s cabinet appointees already live in the D.C. area,” said Marin Hagen, a real estate agent with Coldwell Banker Residential Brokerage in Washington, D.C. “There’s some speculation about some of the Trump administration members and whether they will keep their D.C. properties. More than likely, Ivanka Trump and Jared Kushner will leave their rental home soon.”

Some well-known purchasers from early in the Trump administration, such as Trump adviser Kellyanne Conway, Treasury Secretary Steve Mnuchin and former Secretary of State Rex Tillerson are likely to stay in the city, said Ms. Hagen, while the plans of other expensive property owners such as Commerce Secretary Wilbur Ross are unknown.

“One thing to remember is that when elected politicians come into town now, they often don’t want to buy property because it carries the negative idea that they’re ‘inside the Beltway’ people,” Ms. Hagen said. “Decades ago politicians would move their families here, but most today rent something to stay in during the week and go home on the weekends.”

More: In Washington, D.C., a Penthouse at the Ritz-Carlton Asks $18 Million

Robert Hryniewicki, a real estate agent with HRL Partners at Washington Fine Properties, said he has been through six election cycles in D.C. and has yet to see a big market shake-up due to a change in party power. He anticipates a continued strong luxury market this January and February, primarily because buyer demand remains high and inventory is low.

“Buyers looking for luxury homes priced at $3 million and up or for a trophy asset of $10 million or more will find very little on the market,” Mr. Hryniewicki said. “There were 65 properties sold for $3 million and up in the city in 2019 and 83 sold in that price range in 2020.”

“The luxury rental market is more active initially during an administration turnover because people from out-of-town are uncertain if they will stay in the city,” Mr. Hryniewicki said.

More: A Stately Brick Home Outside of D.C. Gets Less Formal and More Modern

He said sometimes there’s an uptick in high-end purchases one year after a new administration arrives.

“When administrations change we see at most a 10% increase in activity in the suburbs,” said Tracy Williams, a real estate agent with TTR Sotheby’s International Realty in McLean, Virginia. “Most of the administration people, politicians and staffers come to the area to stay, especially if they have families and become established in their communities, so there’s not a lot of turnover in properties.”

Washington, D.C., is widely known as a liberal city, with Joe Biden receiving 92% of the vote in the 2020 presidential election, but there are some neighborhoods generally perceived to attract more members of one political party than another.

“It’s a complete generalization, but historically more Republicans are drawn to Mass Ave. Heights, Kalorama and Spring Valley in the city and to McLean in Virginia,” said Mr. Fleisher, who said Democrats are historically more likely to move to Capitol Hill, Georgetown and Cleveland Park.

Kalorama, a neighborhood in northwest Washington, D.C., became more widely known in 2017 when former President Barack Obama purchased a home in that community for $8.1 million. Ms. Trump and Mr. Kushner rent a home in Kalorama, reportedly for $15,000 per month, and Jeff Bezos purchased a home there for $23 million in 2016.

“Kalorama and Mass Ave. Heights tend to attract the most attention from people moving to D.C. for the first time because those neighborhoods have the biggest and most expensive houses,” Ms. Hagen said.

While Mr. Hryniewicki said Capitol Hill offers homes within walking distance to work and Logan Circle and Dupont Circle neighborhoods also offer walkability, he said that Georgetown, Kalorama and Mass Ave. Heights are the “Triple-A Prime” neighborhoods for many buyers.

However, property isn’t always available in those communities.

“Buyers are more willing to cross-shop neighborhoods now to get what they want,” Mr. Hryniewicki said. “For example, we’ve seen three sales of over $4.8 million in Kenwood [a neighborhood in suburban Bethesda, Maryland] because people couldn’t find the big house and big parcel of land they wanted in the city.”

In McLean, Virginia, many politicians and high-profile people are drawn to Langley Forest and Franklin Park because both neighborhoods have affluent residents who value their privacy, said Ms. Williams.

“There’s a sense of security in those neighborhoods and a lot of privacy because the homes are spaced apart,” she said. “At the same time, D.C. is only about 15 to 20 minutes away.”

The Power of Provenance

While privacy is extremely important to sellers of luxury homes, the prestige of a former owner can sometimes add to the perceived value of a home, Ms. Hagen said.

“During the Obama administration, the ambassador of Gabon mentioned to President Obama that he was looking for a new home in the city and the president suggested that he look at the late Sen. Ted Kennedy’s house,” Ms. Hagen said. “The Republic of Gabon bought it shortly after that.”

Ms. Hagen said owning a home where someone well-known once lived brings cachet to the property.

But Mr. Fleisher disagreed. “I don’t think the provenance of who lived in a house matters much at all to most buyers,” he said. “Whether a Kennedy family member lived in a house or not doesn’t drive buyer interest or values. People care more whether a house is beautiful and convenient.”

For Mr. Hryniewicki, the privacy of clients is of primary importance. “We don’t talk about people, we only talk about properties,” he said.

Just like anyone else, priorities vary for those connected with the federal government. Some prefer to live close to work, while others focus on their family needs and schools.

“Generally, most buyers of luxury homes who are involved in politics want a grand entertaining space, someplace where they can entertain heads of state,” Ms. Hagen said. “That tends to mean a more formal layout with a separate kitchen, a formal living room and a formal dining room.”

Entertainment space is also important for political fundraising and for nonprofit fundraising, she said.

“People who plan to entertain a lot tend to look in the city rather than the suburbs because even though the houses may be bigger in Potomac [a suburb in Maryland] or McLean, most people don’t want to drive far for a reception,” Ms. Hagen said. “Of course, no one has been entertaining this past year and traffic is different, but in normal times it can take forever to get to an event if it’s in the suburbs, especially on a weeknight.”