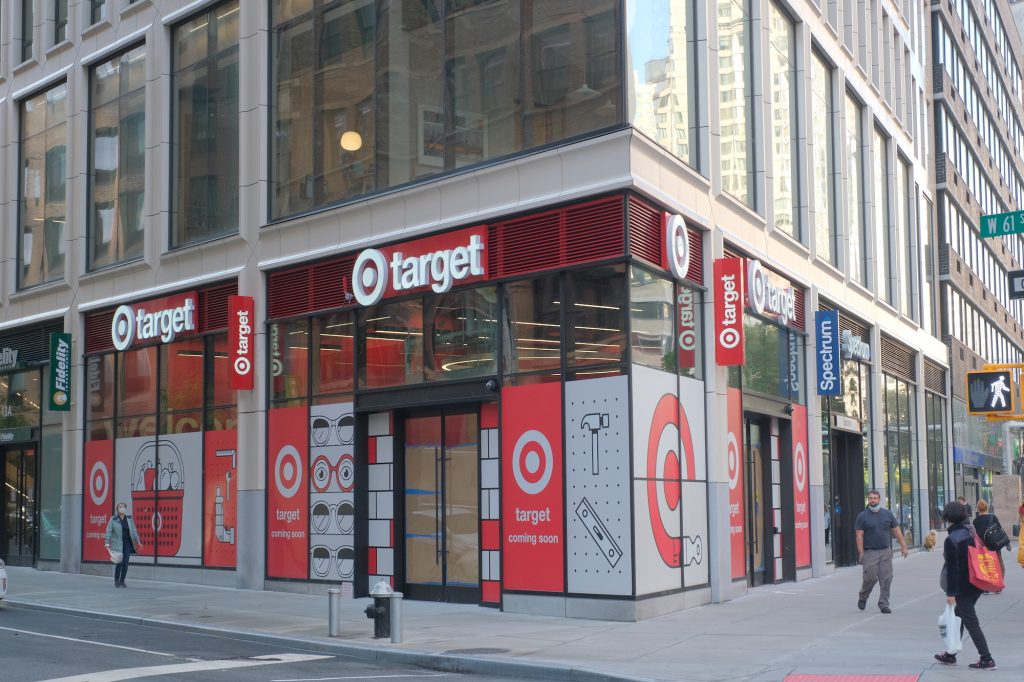 After construction and COVID-related delays, Target has officially opened three new small-format stores on the Upper West Side, Hell’s Kitchen, and Staten Island. The store at 61st and Broadway at Columbus Circle was first announced two years ago and was planned to open in 2019. Likewise, the store on 10th Avenue and 45th Street was first announced four years ago and was also planned to open in 2019. The store in the North Shore section of Staten Island is only delayed by six months.

The company’s ethical practices during these times have also likely attracted consumers. In early July, Target increased its minimum wage to $15/hour and is gearing up for its third round of bonuses to recognize its frontline workers. In April, Target gave bonuses ranging from $250 to $1,500 to 20,000 store team leads who oversaw individual departments during the height of the pandemic. In July, the company paid an extra $200 to all full- and part-time hourly employees in stores and distribution centers, as well as performance bonuses for store directors, executive team leaders, and salaried distribution center leaders. And come November, they have committed to spending $70 million to give $200 bonuses to the more than 350,000 employees at their stores, distribution centers, and contact centers.

The three new stores will benefit from the company’s COVID-related safety measures and operational changes. As the holidays approach, Target has said it will close all its stores on Thanksgiving day and has committed to doubling the number of store team members focused on Drive Up and Order Pickup. Across the three stores, Target will hire 350 new team members. They will also bring on a number of seasonal team members who will be afforded the same $15 hourly wage and health benefits.

The Columbus Circle location will total 34,000 square feet and will offer grab-and-go food and beverage options, beauty essentials, apparel, and home decor. Plus, 95 percent of online orders for store pickup will be ready within an hour. It’s located just north of the Time Warner Center and one block west of Central Park. The Hell’s Kitchen location will total 29,000 square feet. It’s part of a new seven-story condominium at 615 Tenth Avenue.

With these new locations, Target has 25 total stores, 13 of which are small-formats across NYC – with nine total stores across Manhattan, eight of which are small-format. There are 12 future stores planned for the city–the Upper East Side (86th and Lexington), Upper West Side (98th and Columbus), Harlem (on West 125th Street), Washington Heights, Times Square, Union Square, Gravesend, Prospect Park South, East Flatbush, Astoria, Jackson Heights, and Jamaica.