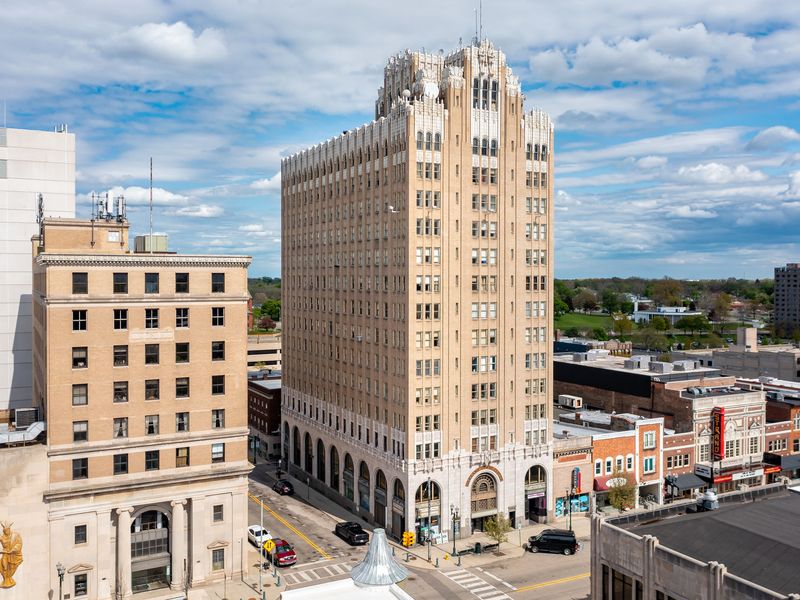 Dalen Hanna is a Birmingham attorney who, along with other investors, bought the roughly 185-foot Oakland Towne Center building at 28 N. Saginaw St. earlier this year.

Hanna said a $7 million to $9 million conversion of the current office building into 132 residential units is planned, with the project being completed in several phases over the course of two and a half to three years. Construction would start once a construction loan is secured later this year.

Initial building improvements would take about a year — things like common areas, elevators, lobbies, HVAC and electrical systems — and the build-outs for the apartments would start completing within six months after that.

The redevelopment, which is tentatively being called the Audrey Luxury Lofts, has long been envisioned, even under its previous ownership group, Todd Enterprises Inc., which is based in Pontiac.

Hanna said a contractor is currently being selected. The building was originally to be purchased all cash, but at the last minute, one of the investors bowed out. The deal was then restructured on a land contract, which was paid off and the building is now owned outright by Loft Holdings LLC, which is registered to his Birmingham-based law firm Hanna & Jarbo PLLC.

He said rents would be about $1,100 to $1,200 for a one-bedroom unit, which along with studios would make up the majority of the units, along with between four and eight two-bedroom layouts.

“We want to stay at the higher end of the market and we’ll have some good tenant amenities,” Hanna said. “We are hoping that by this building coming to life, it’s going to fix the neighborhood.”

Prior to the sale to Hanna and his investors, it was last sold in 2012 by a court-appointed receiver for $1.25 million ($10.58 per square foot) to an affiliate of Todd Enterprises.

The Southfield office of Marcus & Millichap Real Estate Investment Services Inc. had the listing this time around.

Gordon Navarre, one of the Marcus & Millichap brokers on the deal, said there had been some interest in the building from investors in New York and elsewhere built they ultimately couldn’t make the numbers work on a rehab.

Navarre, first vice president of investments for Marcus & Millichap, said Frank Ayar of Ayar Construction was also part of the ownership group that ultimately bought the building in the $2.25 million to $2.5 million range.