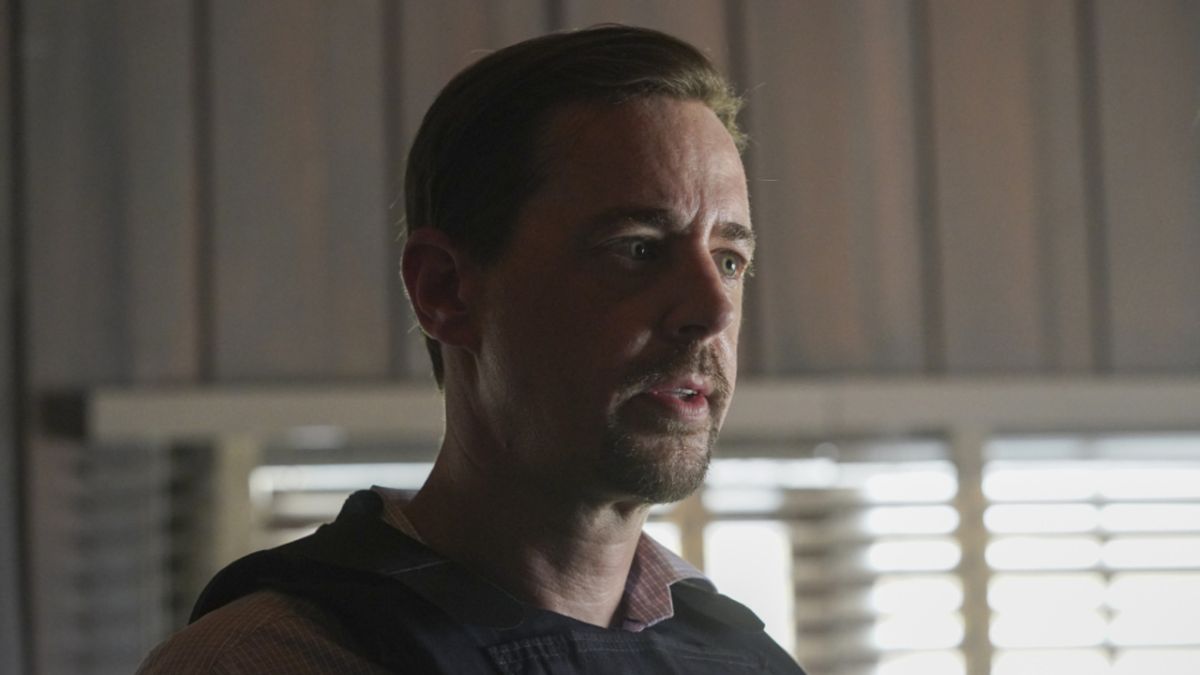 NCIS is expanding McGee’s family in an upcoming episode and it’s going to include a Home Improvement star! In the next episode of Season 19, Special Agent Timothy McGee will be getting a visit from a certain member of his family, but he might not be thrilled about how it happens. What fans should be thrilled about? She’ll be played by Home Improvement‘s Patricia Richardson, and the first looks give a preview of what she brings to the show!

Patricia Richardson, best known as Jill Taylor on the popular ABC sitcom Home Improvement, is set to portray McGee’s mother-in-law Judy in the upcoming November 8 episode of NCIS. And according to the promo for the episode, appropriately called “Docked,” Judy will find herself mixed up in a man’s death on a cruise ship, and McGee’s team will catch the case. Take a look!

This is just the latest of McGee’s family to turn up, and in the middle of a case, no less. Fans previously met Troian Bellisario as sister Sarah in 2005, Jamey Sheridan as father Admiral John McGee in 2013 and Lily Tomlin as grandmother Penelope Langston in 2011. And in addition to Patricia Richardson debuting as McGee’s mother-in-law, Margo Harshman will be back as wife Delilah for the first time since Season 18.

It will definitely be interesting to finally meet McGee’s mother-in-law and see just how this episode will go down. From the looks of the promo, Judy is not one to mess around or be messed with, and she is going to be bringing some entertainment to the team during this case. The other agents certainly look like they’ll have mixed results, and episode images reveal that Judy will spend some time with the team outside of the interrogation room:

Patricia Richardson has also appeared in The West Wing, Strong Medicine, FM and Last Man Standing, starring former Home Improvement co-star Tim Allen. There’s no telling if she will only have one appearance on NCIS or if it could lead to more. Considering how rarely we’ve seen the rest of McGee’s family, fans probably shouldn’t count on seeing a lot of Judy moving forward beyond “Docked.”

The team is going to be in for a wild ride when Judy comes to town and it will be entertaining to see just how awkward things could get for McGee. NCIS has been known to bring the characters’ personal lives into the mix in fun ways, it’s probably safe to say that things will get interesting once McGee finds out who discovered the dead body on the cruise ship.

Season 19 of NCIS got off to an intense and unpredictable start. Mark Harmon officially exited as Gibbs after being on the series since the beginning. Not only that, but it was also recently announced that Wilmer Valderrama has a new CBS series in the works that may take time away from NCIS. So fans have been a little worried that another star will be exiting soon.

Don’t miss Patricia Richardson on the November 8 episode of NCIS, “Docked” at 9 p.m. EST on CBS in the fall TV premiere schedule. Next post ways to make a seasonal style statement