While mountains are typically shaped and formed over the course of eons, a new range has risen in the pancake-flat Netherlands in just four short years.

The last AN checked in with Valley, Rotterdam-based MVRDV’s roughly 810,000-square-foot mixed-use complex comprised of three jagged towers clad in stone and mirrored glass and shrouded with bountiful vegetation wasn’t quite yet complete. As of last Friday, however, “the geology-inspired” project in Amsterdam’s Zuidas district is fully open and occupiable (and freshly photographed) following a grand opening ceremony hosted by building owner RJB Group of Companies and project developer Edge.

“How do you make an office district liveable? What should the homes be like? What else is needed? Those were the questions we started with when we designed Valley. Instead of a one-note business centre, this site along Beethovenstraat in Amsterdam is now a symphony of life – people working, yes, but also barbecuing on their terraces, visitors relaxing in the valley, shopping in the grotto, eating dinner by the street, and even the window cleaners and the gardeners scaling the heights above. Valley is a first step towards transforming this part of Amsterdam into a greener, denser, and more human city.”

Per MVRDV, Valley, the result of an “utterly bespoke” design and construction process, aims to “bring a green and human dimension back to the inhospitable office environment” with 198 cantilevered rental apartments spread across the upper floors of the trio of craggy towers rising approximately 220, 266, and 328 feet tall. (Heyligers Architects helmed the interiors). Office space is distributed throughout the lower levels of each tower with a skylight-illuminated public space dubbed the Grotto linking each of the towers at ground level. Featuring natural stone flooring, walls, and ceilings, the materiality of the Grotto matches that of the towers and the “valley” between them, making “clear that all the public areas of the building are part of the same apparently geological formation,” explained MVRDV in a press announcement.

For those looking to take in sweeping views from atop the tallest of the stony formations now towering over Zuidas, Valley features a “sky bar” that’s open to the public and accessible via a ground floor retail space populated by Italian luxury stove brand Molteni.

And since even alpine-inspired Dutch developments require sizable parking garages, the three-level parking structure of Valley is discreetly buried beneath the complex. (Presumably, this includes bicycle-dedicated spaces aplenty)

As for the complex’s namesake feature, the Piet Oudolf–designed landscape stretches between the fourth and fifth floors of the towers and is populated by more than 13,500 plants, shrubs, and trees with larger forms of vegetation—including 271 young tree and shrubs in total—filling out the exterior of the tower’s lower floors; smaller plants are found higher up in a series of stone plants jutting out from the building facade. Oudolf, a celebrated Dutch garden designer famed for his work on the High Line, used a complex planting matrix to tackle the project, considering all-important factors such as wind, sunlight, temperature, and maintenance when deciding which plants should be planted where. In total 220 different plant species can be found at Valley, as can a slew of urban biodiversity-boosting features including bird and bat boxes and “hotels” for bees and other beneficial insects.

The landscape, which is fully open to the public, is tended to by dedicated “facade gardeners” working in conjunction with an automatic irrigation system.

In addition to receiving high marks from sustainability certification programs including BREEAM-NL, Valley has received a warm reception from the Dutch press, with Kirsten Hannema writing for de Volkskrant: “Once again, MVRDV shows that dream images can be made buildable. Using 3D software, in which the architects entered requirements with regard to daylight, view, cooling load and noise exposure, they ‘rationalised’ the design. The irregularly shaped facades eventually have about ten different angles, with the natural stone cladding fitted together like a puzzle.” 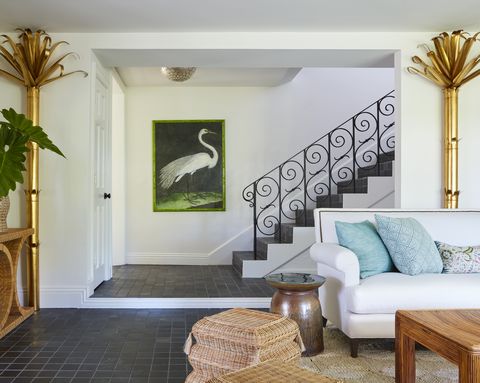