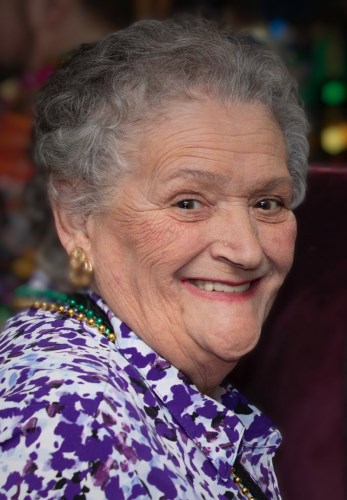 Mary Ann Balucha, 77, a resident of Kingston, passed into eternal life on Sunday, March 21, 2021, with her son and daughter-in-law at her side, in Geisinger Wyoming Valley Medical Center, Plains Twp., following a valiant battle with cancer.

Her beloved husband was the late Frank J. Balucha, who passed away Jan. 22, 2016. Frank and Mary Ann were united in marriage on Sept. 17, 1966, in Our Lady of Mount Carmel Church, Pittston, and shared nearly 50 years of marriage.

Born July 29, 1943, in Pittston, Mary Ann was one of two daughters born to the late Dominick and Mary Kennedy Musto.

Mary Ann was employed for 15 years in the housekeeping department of the Department of Veterans Affairs Medical Center, Plains Twp., retiring from there in 2005. Prior to that, she was employed for over 10 years as a seamstress by the former Wyoming Valley Garment Company, Wilkes-Barre.

Mary Ann and Frank were the owners and operators of the former Balucha’s Homestyle Bakery, formerly located on East North Street, Wilkes-Barre.

On Dec. 25, 1976, their lives changed forever due to a fire that claimed the lives of their three beautiful children and all they owned.

Mary Ann loved to travel and she was blessed to visit countless places with her family. Whether it be a cruise, a day trip, or a simple ride in the car, she found happiness in seeing all this world had to offer. Over the past few years, she enjoyed annual trips with her son and daughter-in-law to Universal Studios in Florida, and while they were there, she loved taking a few days for herself to visit with her cousin, Rita and her husband, Richard, who lived not far from there.

Always a positive and upbeat person, Mary Ann never missed an opportunity to get up and dance, or to listen to a good song, especially if it was Elvis! She loved Christmas, and although such sadness came on Christmas Day of 1976, she still made sure her home was decorated to the “T,” never took down a decoration until the Feast of the Three Kings and made sure to watch every Hallmark Christmas movie at least three times. She cherished family traditions and she made sure to pass those traditions on to her son and daughter-in-law.

Family was the greatest joy to Mary Ann’s life. As a wife, she was a living example of how love can conquer any obstacle in life, and the devotion she had for her husband was selfless and unwavering. As a mother, she was the epitome of everything a mom should be. She was a source of constant support for her son and daughter-in-law, and the love she had for them was boundless. When it came to her husband, son and daughter-in-law, Mary Ann would go without to ensure they were taken care of before herself, and in return, they showered her with love and did everything they could to make her life a happy one.

The tragic fire that claimed the lives of her three children left an indelible mark on Mary Ann. Since that day, she never slept at the same time as her family, always standing guard in her living room at night while her family slept. Although she will be missed beyond words, there is much comfort in knowing that she is finally in a state of total peace, reunited with her husband and her three beautiful children in Heaven.

In addition to her parents, Dominick and Mary Musto, and her husband, Frank, Mary Ann was preceded in death by her three young children, Frankie, age 9, Justine, age 4, and Jimmy, age 2; her sister, Regina “Gina” Hawk; her brother-in-law, Joseph Hawk Sr.; and her beloved dog, Duke.

Mary Ann is survived by her son and “buddy,” John Balucha and his wife, Keriann, Kingston; her niece, Mary Jo Hawk Gavlick; her nephews, Dominick Hawk and Joseph Hawk Jr.; her beloved cousins, Patricia “Pasty” Filipowich, Dallas; and Rita Kennedy Chulada, Ormond-by-the-Sea, Fla., who was her double first cousin or “D.F.C.;” her nieces and nephews from the Balucha side of her family; as well as her many great-nieces and great-nephews.

Funeral was held from Wroblewski Funeral Home Inc., 1442 Wyoming Ave., Forty Fort, followed by a Mass of Christian Burial in St. Andre Bessette Parish, 668 N. Main St., Wilkes-Barre, with the Rev. Kenneth M. Seegar, pastor, officiating. The Rite of Committal will be offered at the conclusion of the funeral Mass.

For information or to send the Balucha family a message of condolence, you may visit the funeral home’s website at www.wroblewskifuneralhome.com, or Facebook page.

Decorate your home with tapestries