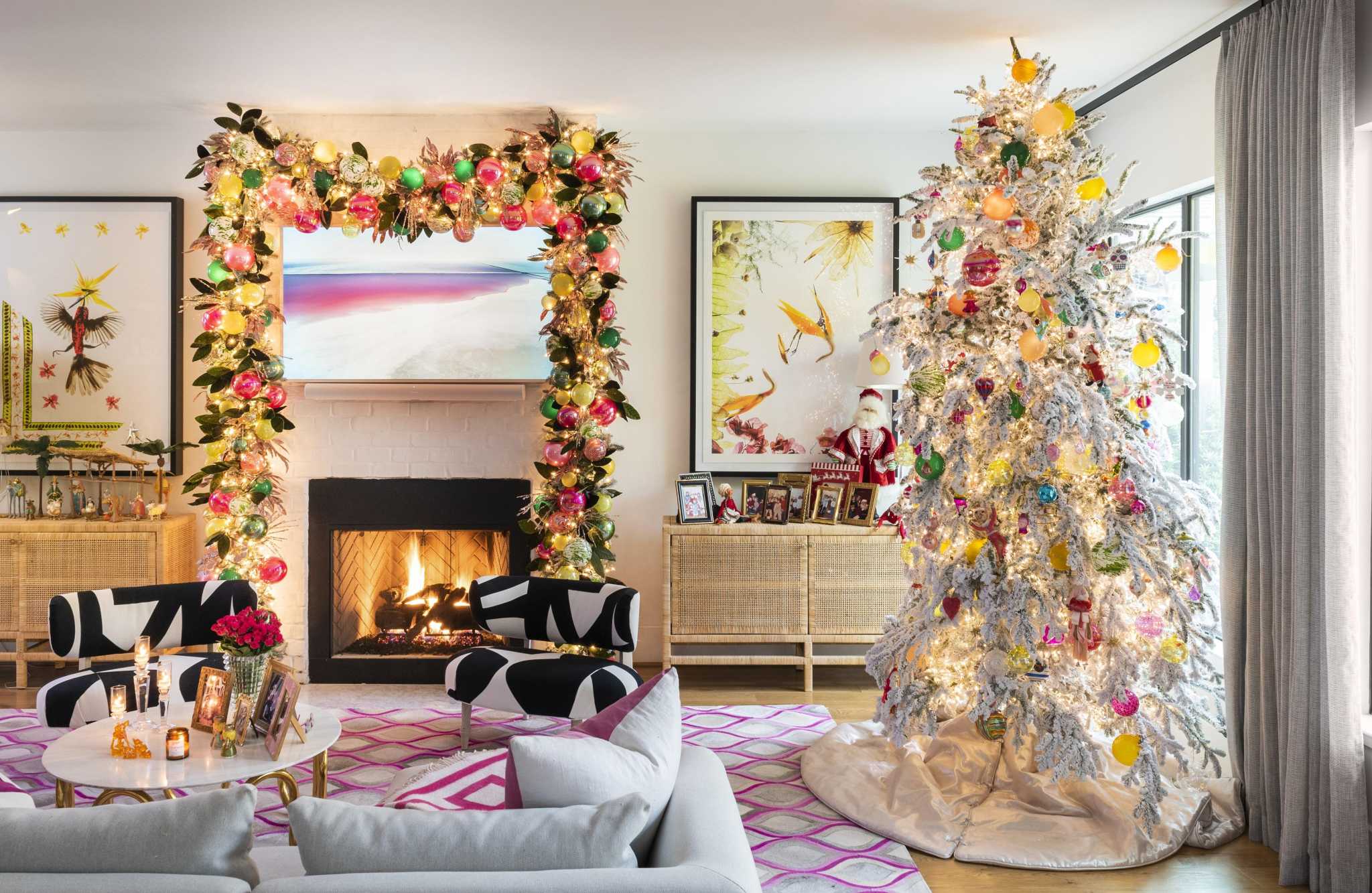 Regina Gust is done working nonstop 12-hour days for a little while. Described by some as the “Queen of Christmas,” the Houston native spends weeks each year decking out other people’s homes for the holidays.

In a style that appeals to maximalists, long strands of garland are bejeweled with ribbons and ornaments and trees are covered in glass balls, lights, flowers and anything else she and her creative team can get their hands on.

She mixes vintage and antique holiday décor with modern additions every year, changing it up slightly so that no two years seem quite the same.

Your own home is likely already decorated, so you may want to tuck away some of these ideas for next year. Achieving Gust’s look takes a lot of ornaments, ribbon and lights, so you’ll want to plan smart after-Christmas shopping and tap into next year’s inventory early.

Procrastinators are likely out of luck, as it’s difficult to find a live tree in the Houston area now. You’ll pay handsomely for evergreen farms’ long-term inventory that’s still in the ground and available.

Gust’s goal is that everything she installs has a lush look when it comes to garland on stairs and fireplace mantels and for trees her choice is for a snowy flocked one.

Gust’s identical twin sister is interior designer Janet Gust and back when they were in their mid 20s and trying to launch their own businesses they decided they could do commercial Christmas decorations and sent letters to apartment building owners offering their services.

That holiday decorating side of the business took off, and so did their residential interior design. In time, Regina stuck with the holiday side and named her business Regina Gust Designs. Janet’s interior design business is Janet Gust Designs and includes a trade-only home goods store — Janet Gust Collection — in the Heights (though retail customers can shop online.)

She’s been in her home for five years and has added more personality and girly colors to the décor throughout.

Her living room has a 10½ foot tree that towers over the petite designer and she fills it with ornaments in emerald green, glittery blue, yellow, orange and lots of pink — every color in the rainbow.

“I love mixing things with pinks and reds. Green is my new favorite thing, different shades of green,” Gust said. “Emerald green with orange. Orange and blue is my new daring combination mixed with platinum. That’s such a pretty combination.”

Though some people pack trees so full of bulbs that you can barely see its branches, Gust opts for a distribution that allows you to see the beauty of each carefully chosen bulb.

She has another decorated tree in what she calls her “girly room” — its a vintage-looking tree with tinsel branches and built in lights, just like they made in the 1960s.

“It’s a fun, creative environment. I love to let my designers come to my house and create — no rules and anything goes,” Gust said of the day they decorated. “Most people … don’t let me go outside the box. At home, I think ‘what can I do that’s different and fun and a little risky.”

On her fireplace mantel she uses 28 feet of garland and runs it all the way up to the ceiling and packs it with more than 250 ornaments. (Yes, she uses eight to 10 ornaments per foot of garland and inserts green velvet magnolia leaves, too.)

Last year’s mantel was decorated with lots of soft pinks and other pastels, but she’s added yellows and emerald green this year.

“Not everyone lets me do something like that,” she said. “One girl who follows me on Instagram is mesmerized by it. She said ‘I want that and I don’t know how much it costs.’”

Throughout her home, Gust sprinkles other décor, a whimsical Patience Brewster creche and vintage and antique Santa figures.

Her front door décor impresses. A giant garland bulging with more than 300 bulbs, black and white and red, frames the door and is complemented by dozens of red cyclamen she has planted in her front yard.

Soon Christmas will be over, decorations will come down and we’ll celebrate what will likely be the happiest end of a year ever as people all over the planet welcome 2021 with open arms.

And then Gust will get ready for the holiday market in January, where she’ll put in orders for the decorations she’ll use next year. 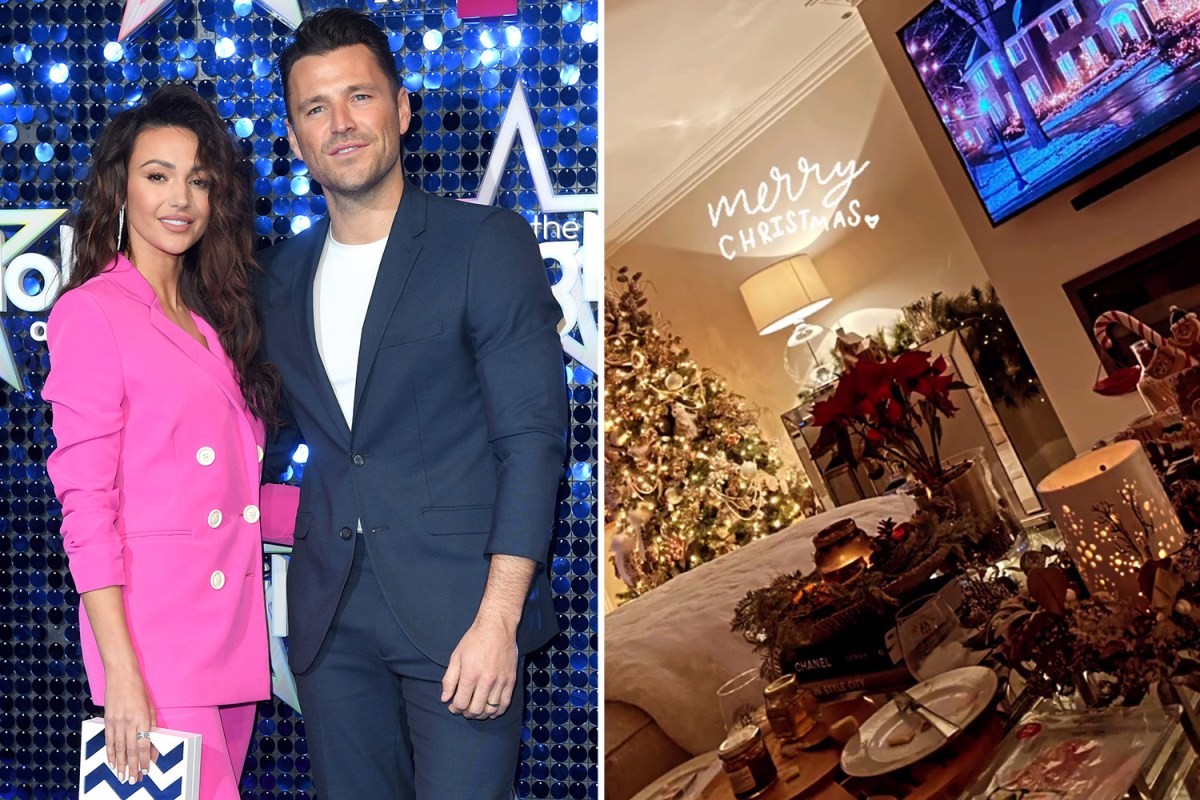