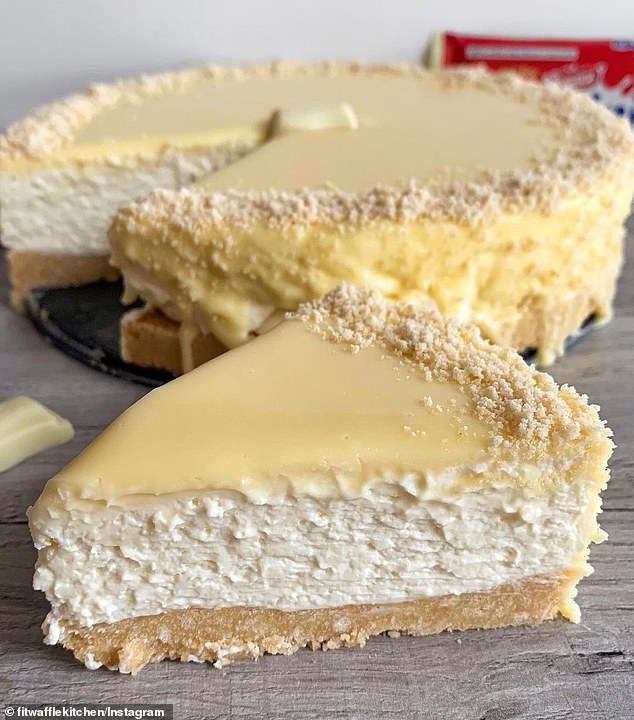 A video from ‘Instagram famous’ baker Eloise Head showing viewers how to make a Milkybar cheesecake without turning on an oven has gone viral on social media.

The 26-year-old founder of FitWaffle Kitchen, an Instagram page dedicated to decadent desserts that take just minutes to prepare, shared the clip on January 8.

She uses shortbread, butter, cream cheese, icing sugar, double cream and Milkybar chocolate to make the treat that has set mouths watering around the world.

Ms Head, who shot to online stardom when a baking craze swept the globe during the first Covid lockdown, uses a handheld mixer to combine the six ingredients and finishes the cake without an oven or any other appliance.

Scroll down for video

London baker Eloise Head’s ‘no bake’ Milkybar cheesecake, made from six simple supermarket ingredients without turning on an oven 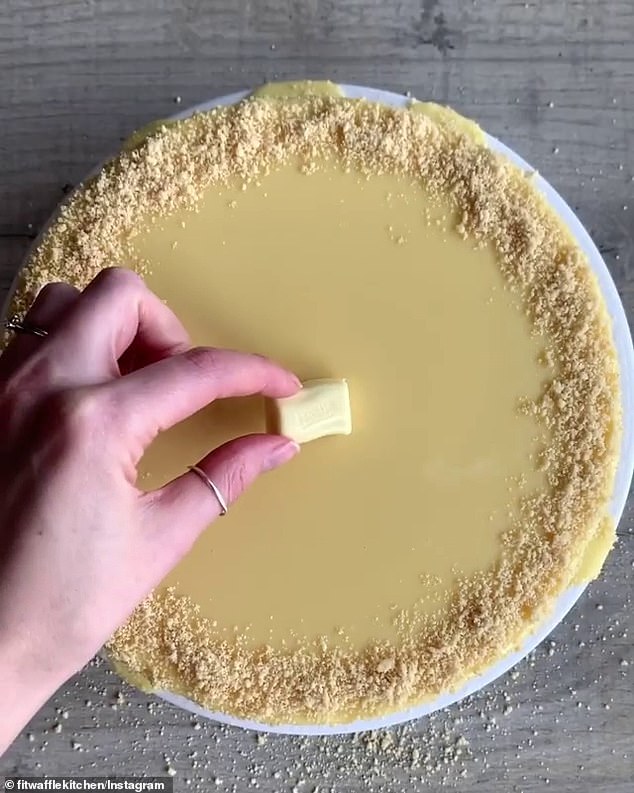 To make the base, Ms Head mixes 350 grams of crushed shortbread biscuits with 175 grams of melted butter in a bowl until combined.

She scoops the mixture into a nine-inch cake tin, pressing it down firmly with the back of a spoon before placing it in the fridge to set.

Next, Ms Head whips 350ml of double cream until soft peaks have formed on the top, then sets the bowl aside.

She mixes 500 grams of cream cheese with 120 grams of icing sugar and whisks the two together, before adding 250 grams of melted Milkybar and whisking again until smooth.

After scooping the whipped cream she set aside earlier into the cream cheese and chocolate mixture, Ms Head pours the lot over the refrigerated biscuit base, smoothing it out and leaving it to chill for roughly five hours. 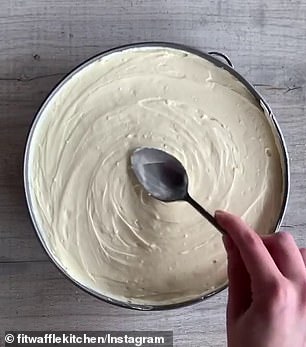 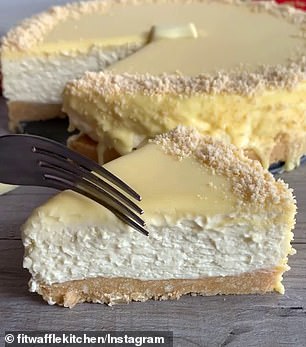 She uses shortbread, butter, cream cheese, icing sugar, double cream and Milkybar chocolate to make the cake (left and right) that has caught the attention of thousands online

For the ganache, Ms Head pours 200ml of double cream over 250 grams of Milkybar chocolate, then melts them in the microwave for 90 seconds.

Once thickened, she pours the mixture over the chilled cheesecake and smooths the surface with a palette knife.

Ms Head sprinkles leftover shortbread crumbs around the rim of the cake and presses a square of chocolate into the centre for decoration.

If the ganache topping is too thin, she suggests popping it in the fridge until it has thickened.

Ms Head said it had been a while since she made the cheesecake and was ‘so happy’ with how it turned out.

Photos and videos of her handiwork have drawn delighted responses since they were uploaded online, with many begging their friends to make the cake for them. 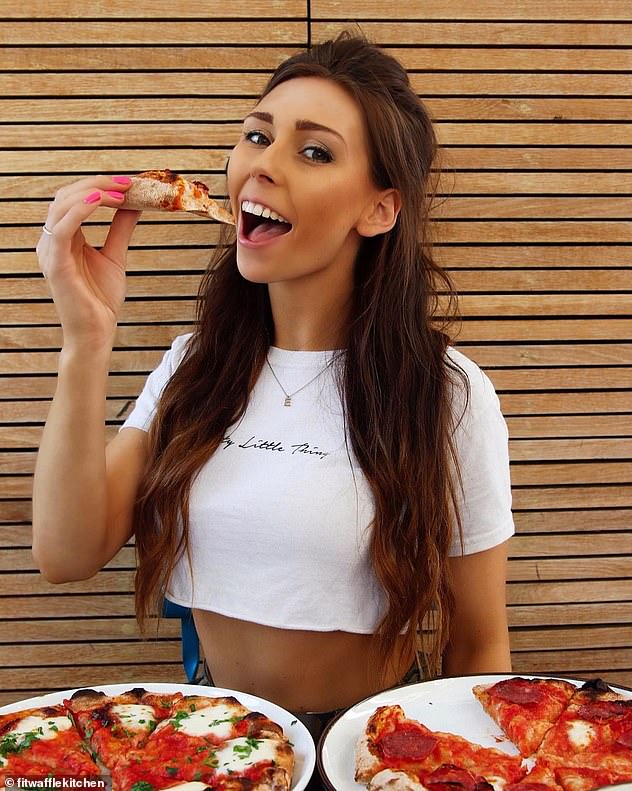 ‘I think you should make this and save a slice for me,’ one woman wrote, tagging her mate.

‘How amazing does this look,’ added another.

A third said ‘I need this’ while a fourth wrote: ‘It looks incredible.’

Simple desserts have never been more popular since an unprecedented baking craze swept the world during the first months of the coronavirus crisis when hundreds of millions were confined to their homes.

Isolation paid dividends for influencers like Eloise Head, who has amassed a combined following of 743,000 across her two Instagram accounts by sharing delicious dishes that are quick and easy to make.

In March, Ms Head told Daily Mail Australia she was ‘very proud to help people keep occupied’ in the age of social distancing.

Recipe for ‘no bake’ Milkybar cheesecake

For the cheesecake filling

1. Mix crushed shortbread with melted butter in a bowl until combined.

2. Scoop mixture into a nine-inch cake tin, pressing down firmly with the back of a spoon before placing it in the fridge to set.

3. Whip double cream until soft peaks have formed on the top, then set bowl aside.

4. Mix cream cheese with icing sugar and whisk the two together, then add  melted Milkybar and whisk again until smooth.

5. Scoop whipped cream left aside earlier into the cream cheese and chocolate mixture.

6.  Pour the lot over the refrigerated biscuit base, smoothing it out and leaving it to chill for roughly five hours.

7.  Pour double cream over Milkybar chocolate and melt in the microwave for 90 seconds.

8. Pour mixture over the chilled cheesecake and smooth surface with a palette knife.

9. Sprinkle leftover shortbread crumbs around the rim of the cake and press a square of chocolate into the centre for decoration.

What Is The Most Popular Kitchen Countertop To Decorate The Kitchen? –