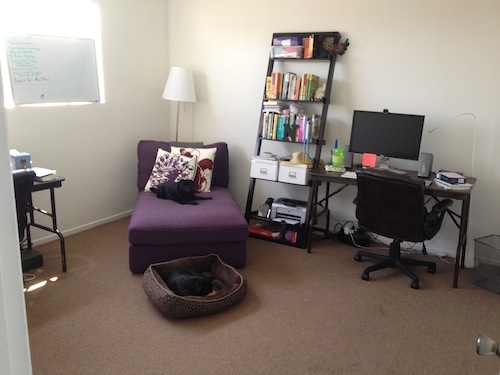 When Solstice Harris heard from a friend of a friend about an available 270-square-foot studio apartment in Utah’s capital, she jumped.

The 24-year-old filmmaker said she had long wanted to move to downtown Salt Lake City — among the safer places in the state, she said, for someone who is LGBTQ. And after an extended search for somewhere — well, anywhere — in the city’s tight residential markets that was affordable on her budget, Harris said, “I didn’t have much choice but to take it.”

She lives alone in a windowless basement studio near South Temple and 800 East, one of three living quarters located inside an office building. Her unit has its own private bathroom, but it’s across a public hallway, one of several quirks to living in a space slightly larger than a typical one-car garage.

Harris is a skateboarder, for example, and stores her longboards on her studio walls for decoration when she’s not out rolling city streets. An avid cyclist, she has struggled with whether to buy a second bike for want of somewhere to put it. Starting a new hobby is out, for now, due to the space it might take up.

Her small dwelling “forces me to rigorously evaluate everything I bring into my home,” the former Utah County resident said. “You end up living as a minimalist. It can be annoying, but it admittedly creates positive habits that help me avoid clutter.

“I really do believe,” she said, “that you grow to the size of the space you live in.”

Harris also misses sunlight coming in through her windows, but at $550 a month, she said, the studio matches her finances and lets her pursue the lifestyle she wants. “It was a small miracle,” she added, “and it’s all I could afford. If I hadn’t come across this apartment, I might still be living in the suburbs or with roommates.”

In many circumstances, the current housing crisis is leading some who want to live in Salt Lake City, notably young people, to consider lofts, small studios, basement apartments, so-called micro units and other less-conventional living spaces to gain a foothold in the city without taking on a roommate.

Once a bastion of single-family homes, the city is in the midst of a huge apartment boom skewed toward studios and one-bedroom units. It has also been trying for years to induce more residents to add accessory dwellings to their homes as another way to increase affordable housing options, particularly for students.

Now, a series of zoning changes being drafted at City Hall could shift the city’s housing mix in some areas further toward more micro dwellings, studios, duplexes, town houses, row houses, backyard cottages and other types of units that make up what is often called a “missing middle.”

It’s unclear whether the policies will lead directly to more tiny living situations sprouting up across the city, but some residents are worried about it.

As prevailing rents and home prices continue to rise rapidly amid a housing shortage, Salt Lake City has proposed a series of new zoning incentives for builders, designed to encourage construction of additional affordable dwellings and a wider variety of housing types in some commercial and mixed-use zones as well as in residential neighborhoods long reserved for single-family homes.

The incentives, formerly known as the city’s affordable housing overlay, are meant to lower regulatory barriers and lure more infill and redevelopment in existing neighborhoods. Specifically, the zoning changes for rental and for-sale housing would:

• Allow town homes, three- and four-unit buildings and clusters of row houses and cottage developments on properties currently zoned only for single- or two-family homes, where they are located within a quarter-mile of mass transit or adjacent to arterial streets.

• Let interested developers add between one and three stories to their apartment complexes in areas where multifamily housing or the mixing of commercial and residential buildings is already allowed.

• Ease some density rules in the city’s residential multifamily zones, while also reducing requirements for side and rear yards.

• Waive some requirements and add permitted housing types in certain commercial, business and institutional zones, such as The Gateway and the Trolley Square and Brickyard areas.

• Lower on-street parking requirements in some cases to one stall per new housing unit.

The proposed inducements are also crafted to be voluntary in light of strictures in state law against requiring what is known as “inclusionary zoning.” So, instead of mandating a share of affordable housing in a given project, this approach would mean that if developers agree to take advantage of newly permitted density, added building height, relaxed parking rules or expedited project approval under the changes, they must include a share of affordable units in what they build.

(Leah Hogsten | The Salt Lake Tribune) Properties in some neighborhoods north of Liberty Park in Salt Lake City and in Central City could see more row houses, backyard cottages and other smaller housing types built in their midst, under a series of city zoning incentives meant to boost affordable housing.

Up to 20% or more of resulting dwellings then would be deed-restricted to keep them financially accessible to someone earning roughly 80% of the city’s median income — although the city is considering lowering those income requirements after a round of public input.

In the works for almost two years, the changes are being modified now with potential for approval by the City Council in the fall. The ideas have already drawn opposition from some homeowners suspicious of potential impacts on their neighborhoods and from those who argue the income standards for future tenants are too high.

“I like to tell people I used to live like a peasant,” said Finnegan, a 27-year-old graduate student, of her years of scrimping to afford her 346-square-foot residence in the upscale condo building.

“I also realized my financial situation would naturally lead to buying a smaller space,” she said, “and I was happy with that.

“It is the perfect size for me,” Finnegan said, describing the contemporary loft as “small, but with lots of vertical space. I get to live downtown in a location that’s awesome and close to cool and fun places — and I can still afford it!”

Such arrangements are not for everyone, and the city’s proposed housing incentives have sparked criticism from some who are wary they will widen the trend toward smaller and smaller units. They’re concerned about the city’s approach to “shared housing,” where tenants in smaller living quarters share communal facilities such as bathrooms or kitchens.

The city has been pondering a separate housing provision that would alter how it defines shared housing, which previously was called “single room occupancy,” or SRO, housing. If that goes ahead, the change in definition would, in effect, permit living arrangements with a “rooming house” approach in many of the city’s existing zones all in one move.

Initial approval of one shared housing project, the Bueno Avenue Apartments at 129 S. 700 East, brought out angry opposition last December from advocates for the city’s renters. Though boardinghouses were a common kind of housing generations ago, activists assert that creating such living spaces today borders on exploitation and lowers the quality of life for residents.

(Francisco Kjolseth | Tribune file photo) The Salt Lake City Council approved a controversial rezone that will let developers demolish several older affordable homes at about 724 E. Bueno Ave., pictured on Wednesday, Dec. 15, 2021, and replace them with two buildings. One will be a four-story boardinghouse, which are apartments with shared kitchens and living spaces.

Their opposition has spilled onto the latest housing incentives, which, although being crafted separately, have some members of a group called Wasatch Tenants United fearful they could ultimately be “a Trojan horse” for shrinking unit sizes and reducing living amenities.

“We won’t go back to living like our ancestors did, like rats,” one group member recently said at a public hearing. “We’re not going to live that way.”

Dylan Stoddard, an organizer for Wasatch Tenants United, said members believe the city is shaping its foundational definition of affordable housing with the incentives for years to come — and the group wants to ensure that doesn’t lead to encouraging more shared housing.

“We’re not Manhattan,” Stoddard said. “There are plenty of places to rent and places to build, but the problem is affordability. It’s not like they’re being forced into building these small, incredibly dense spaces. It’s a choice.”

Salt Lake City Planning Director Nick Norris said minimum sizes on living units are determined by building codes and issues such as physical access to the dwelling, rather than zoning. The latest affordable housing incentives, Norris said, don’t deal directly with proposed unit sizes — although, in some cases, they limit the mix of units under 500 square feet that can be included in some housing developments.

That’s to maximize choices, Norris said, rather than any proscription away from building smaller. Shared housing, he said, is “no different than somebody renting out their house and finding a roommate.”

Yet with the city’s growing residential population and shifting demographics, he said, “we are seeing a lot of these studios and micro units being built, and clearly there is some level of need for that size of unit.” Several City Council members have noted the pattern downtown and have sought to shape city policies toward enticing more dwellings with several bedrooms, to better accommodate families.

The latest incentives, Norris said, try to encourage a variety of both housing types and unit sizes within each neighborhood where that is possible.

“I would imagine that, as a city, we would have a discussion about the mix of housing, so that one neighborhood isn’t just micro units,” he said, “and there are other options.” 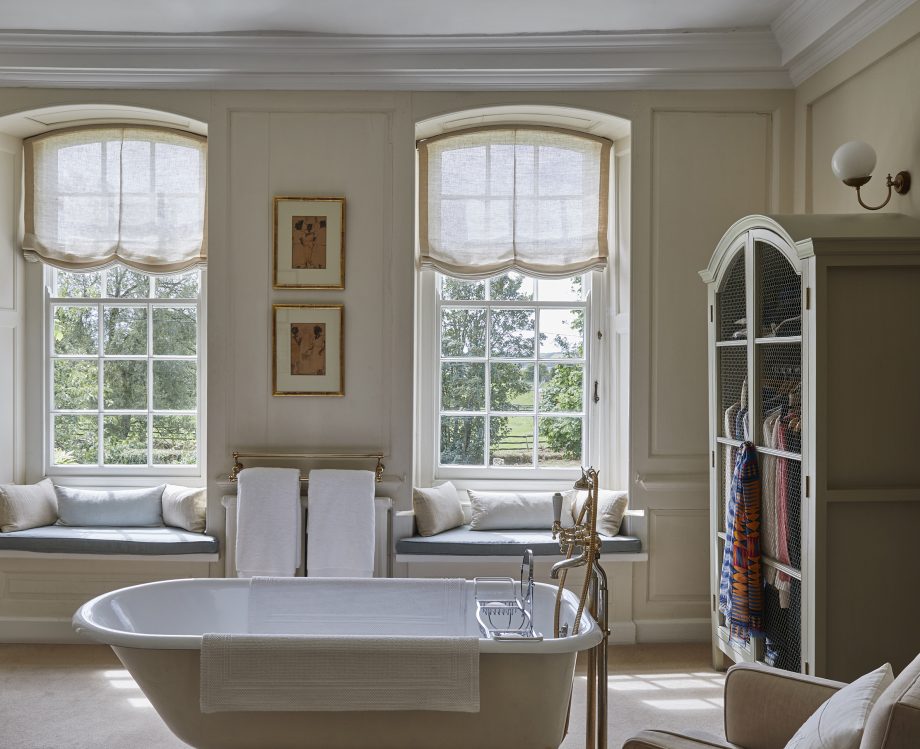 Next post Real Estate Reality Shows Are Lying to You