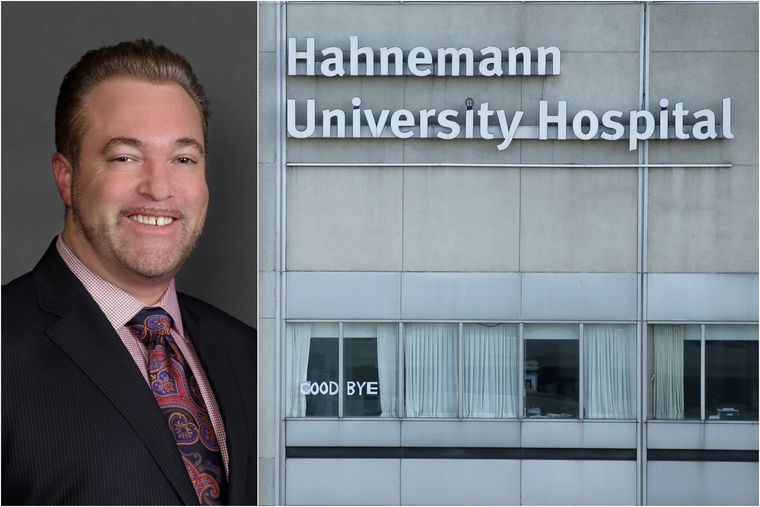 Two years after Hahnemann University Hospital went bankrupt, the legal war over proceeds from the eventual sale of the hulking Center City property is heating up, with an early skirmish expected at a Wednesday court hearing.

The latest conflict arises from the split of the Hahnemann and St. Christopher’s real estate from the hospitals, which filed for Chapter 11 protection starting on June 30, 2019. The real estate was kept out of the bankruptcy.

Some saw that split as an insidious move by Joel Freedman, the California businessman who paid $170 million — all of it borrowed — in 2018 for Hahnemann and St. Christopher’s Hospital for Children, to ensure that he would make money no matter what.

That remains to be seen.

First, Freedman agreed to court-approved mediation that could lead to some of the money from the sale of real estate going to businesses left with unpaid bills after the bankruptcy. Creditors have filed $8.5 billion in claims in the bankruptcy — though unduplicated claims are likely to be less than $300 million, a filing said. It’s too early to say how much money has been collected to pay those claims.

And now, Freedman’s partner and major lender, Harrison Street Real Estate, wants to participate in the talks among the bankrupt business shells, unsecured creditors, and Freedman.

Without Harrison Street’s participation mediation “is doomed to fail” because it would have to approve any agreement, the Chicago real estate investment firm said in a filing.

It’s unclear how much the Hahnemann buildings that Freedman owns will sell for because they are in poor condition, making them a costly redevelopment project.

Freedman has said that Harrison Street should participate in the talks.

The dispute is scheduled for an online hearing Wednesday before U.S. Bankruptcy Judge Mary F. Walrath in Wilmington.

Bankruptcy experts said it’s very unusual for real estate that is not part of a bankruptcy to be pulled in to help pay unsecured creditors.

Hahnemann closed in stages over the summer of 2019. A joint venture of Tower Health and Drexel University bought St. Chris in December of 2019 for $58 million. That money was used to pay debts, including money owed to Midcap Financial and Tenet Healthcare Corp., which sold the hospitals to Freedman.

Ironstone Real Estate Partners, of Philadelphia, bought the bulk of the St. Chris real estate from Freedman in early 2020 for $65 million. It’s not clear what was done with that money.

Ironstone has also agreed to buy Hahnemann real estate that Harrison Street owned separately from Freedman, including a lab building leased to Drexel University College of Medicine. Freedman still owns the main hospital towers and other properties on the six-acre site at Broad and Vine Streets.

Freedman and Harrison Street, which lent Friedman $51 million, separated the real estate from the hospital businesses because, otherwise, lenders would have been unlikely to back the deal for the two financially troubled hospitals. Capital One provided the $110 million mortgage.

Keeping the real estate separate was supposed to guarantee that the lenders — unlike so many vendors and thousands of employees — wouldn’t be left empty-handed if Freedman failed to turn the hospitals around.