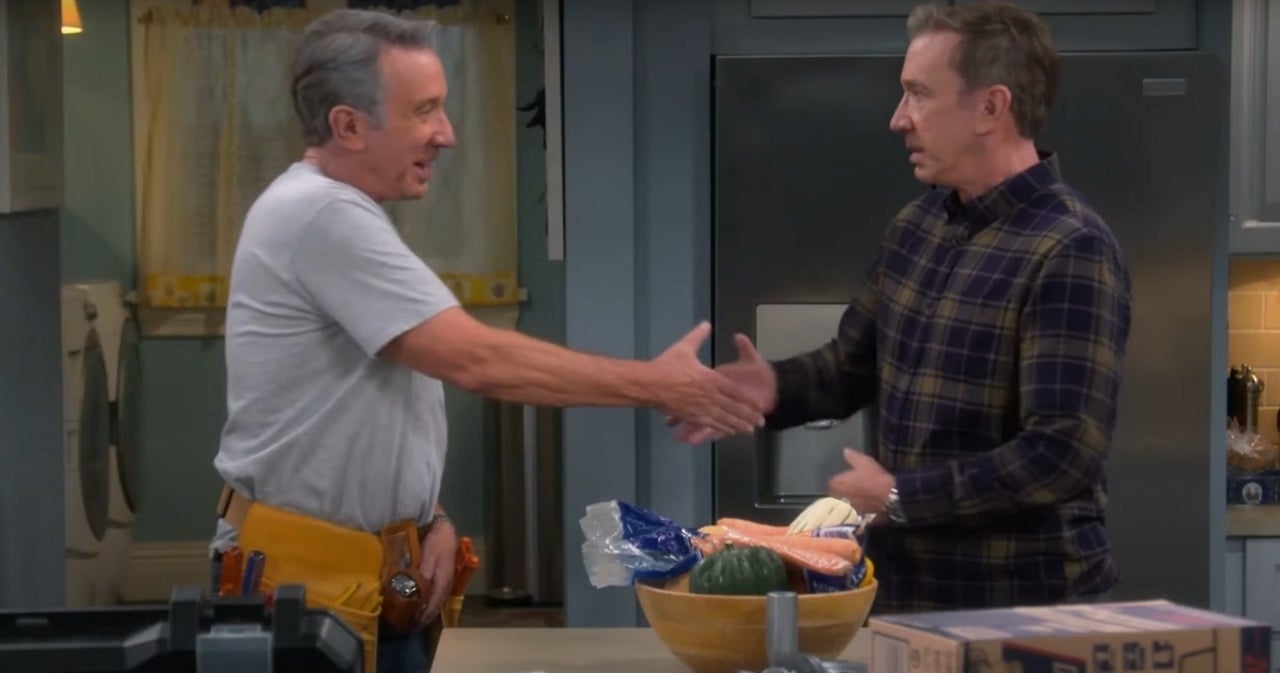 When Last Man Standing returns for its final season in two weeks, Tim Allen will also be reviving his beloved Home Improvement character, Tim Taylor. It is the first time he has played the character since Home Improvement ended in 1999, and he will meet Allen’s Last Man Standing character, Mike Baxter. Although Allen was apprehensive about bringing the character back, he said there was a clever way the writers pulled off that won him over.

“It seemed weird and put on and phony, but the way it’s handled — it’s self-aware. It’s a moment where we break the fourth wall to him,” Allen told Us Weekly this week. “The grunting was part of his deal and he kind of cops to that. He’s gotten old and he’s moved on. He no longer does Tool Time. I don’t want to give too much away, but it’s really quite clever.”

Toolman Tim now works for Binford Tools and comes to Colorado for a business meeting, Allen revealed. “He’s in Colorado for some meeting — Binford tools is everywhere — and he notices a guy that looks just like him,” Allen explained. “He says, ‘You know, people have told me I look like you!’ And obviously, we play with that for quite a bit.”

Fox featured Tim and Mike’s meeting in the trailer for Last Man Standing‘s ninth and final season earlier this month. The spot also featured another hilarious Allen reference, as Mike grew a giant beard during the coronavirus quarantine. “I could play… Santa Claus,” Mike joked, an obvious wink to The Santa Clause. Tim was also shown introducing himself to Mike as The Toolman. “That’s a little annoying,” the unimpressed Mike said.

Allen did not think the Home Improvement/Last Man Standing crossover could happen, thanks to a difficult relationship between Disney and the producers of Home Improvement. Despite these issues, everything worked out. “So, it was a blessing,” Allen told Us Weekly. “I was surprised and happy that everybody worked together and let us do it.”

Allen said the scenes in which he played Toolman Tim were the first they filmed without a studio audience due to the coronavirus pandemic. He noted how difficult it was to do the work while a pandemic is going on. “It wasn’t easy to disconnect from the uncomfortable, the sadness of what COVID’s done to all of us. Now we’re back making jokes,” Allen said. “It was difficult for me to play those two characters and sell it — as an actor and also as a creator. Ultimately, it’s very clever what they did. It’s very warm and fun.”

The first two episodes of Last Man Standing Season 9 air on Sunday, Jan. 3, beginning at 8:30 p.m. ET. The series launched on ABC, but the network canceled it after six seasons and Fox revived it for its last three. Fox announced in October that the upcoming season will be the show’s last.