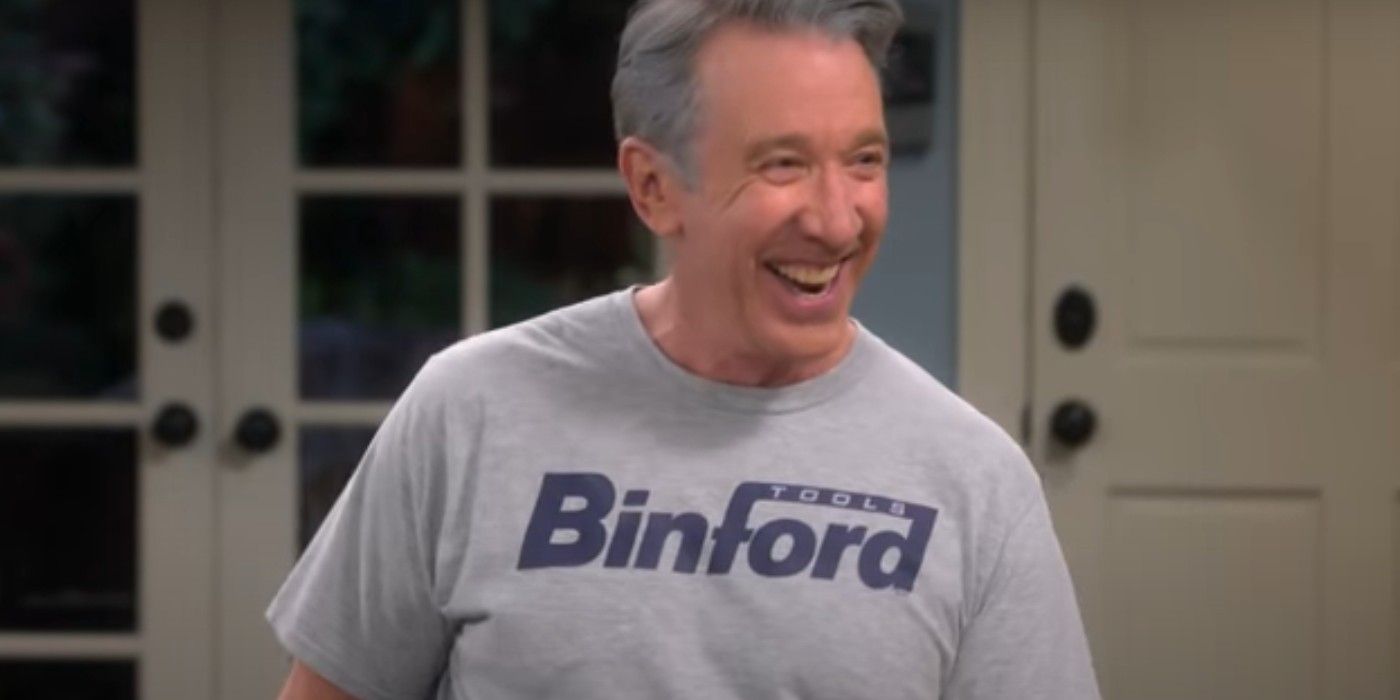 Tim Allen offers some hints about how his Fox comedy Last Man Standing will incorporate his Home Improvement character, insisting it was very clever.

Tim Allen offers some hints about how his Fox comedy Last Man Standing will incorporate his Home Improvement character, insisting it was very clever. Allen stars on Last Man Standing as Mike Baxter, a sports store chain exec who finds himself increasingly surrounded by women, led by his wife and three daughters. First airing as a solid performer on ABC, the series was cancelled in 2017 after six seasons. However, fan outcry (and Allen’s own displeasure) led Fox to pick up the show for a seventh season. Last Man Standing‘s return was met with positive responses from fans.

Currently, Last Man Standing finds itself on the brink of another cancellation, albeit one that is a more natural conclusion. Next year, Last Man Standing will come to an end after season 9, which will premiere in January. To really go out with a bang, the first trailer for the season brought quite the surprise for fans: Allen will also reprise his role as Home Improvement‘s Tim “The Tool Man” Taylor. Exactly how this meeting comes to be remains to be seen, but it is clear that Tim and Mike will come face to face.

Allen recently spoke about the surprising crossover with Us Weekly, starting by saying how shocked he was that it even came about. “There are some complex relationships between Disney and Home Improvement from way back when, and most of that is not public and not really valid,” Allen explained. When it came to actually filming his two sitcom characters coming together, Allen admitted it was a strange and uncomfortable situation at first because of the COVID protocols in place on set. However, in the end, he promised it was a very nice situation. Allen said:

It got very scary. No studio audience, all masks, and everything. On top of all that COVID stuff, we have to do our jobs. It wasn’t easy to disconnect from the uncomfortable, the sadness of what COVID’s done to all of us. Now we’re back making jokes. It was difficult for me to play those two characters and sell it — as an actor and also as a creator. Ultimately, it’s very clever what they did. It’s very warm and fun.

Allen also went on to give some hints about where Last Man Standing finds Tim: He’s no longer creating his beloved home improvement show, but is working for a company called Binford Tools. “He’s in Colorado for some meeting — Binford tools is everywhere — and he notices a guy that looks just like him,” Allen said. “He says, ‘You know, people have told me I look like you!’ And obviously, we play with that for quite a bit.” It also appears Tim’s appearance on Last Man Standing will break the fourth wall a bit, which could amuse fans. Allen teased, “He’s gotten old and he’s moved on. He no longer does Tool Time. I don’t want to give too much away, but it’s really quite clever.”

Back in 2018, Allen said he would be open to a Home Improvement reboot. While this isn’t quite the same, it’s still nice that Allen got the chance to step back into the shoes of his other sitcom character. Tim and Mike have some similarities about them, and it’ll be interesting to see how they interact with each other on Last Man Standing. Could they become the best of friends? Or will some tension arise? It’s anyone’s guess, though there’s only a few more weeks to go before season 9 premieres. Everyone’s questions will be answered soon enough.

More: Will The Santa Clause 4 Ever Happen? Here’s What We Know

Why The Mandalorian Let Baby Yoda Touch His Face

Rachel LaBonte is a news and features writer for Screen Rant with a deep passion for movies and television. A recent graduate of Emerson College, she majored in Media Arts Production while specializing in screenwriting. She’s been a writer ever since high school when she realized she was rather good at it and joined as many entertainment news clubs as she could while in school. Most notably, she wrote for Emerson’s website Emertainment Monthly, and one of her film reviews won an Evvy (Emerson’s student awards) for Best Review. Her deep love of movies led to her working at a movie theater for five years, which she loved despite the angry customers. An avid reader who constantly buys books before reading the ones she already owns, Rachel is a huge fan of superheroes (especially of the Marvel variety) and wizards and will likely never be able to catch up on all the movies/TV shows she longs to watch.