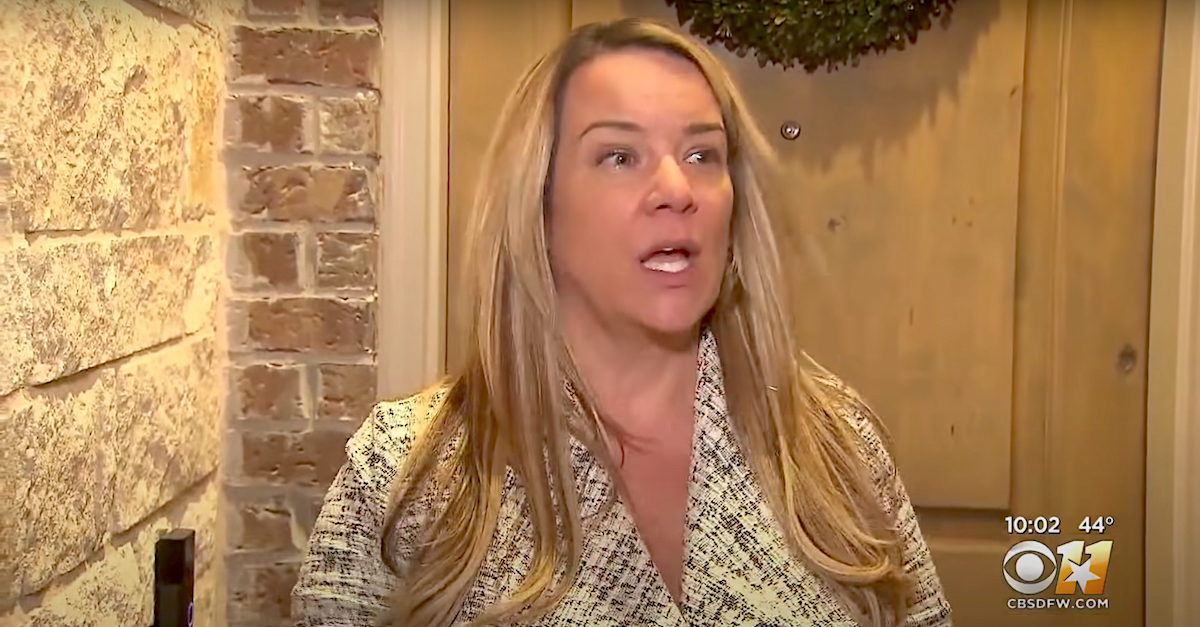 A Frisco, Texas real estate agent charged with storming the U.S. Capitol during last week’s siege against the legislative seat of government by documented supporters of President Donald Trump says she deserves a pardon from the outgoing president because she was doing her “patriotic duty” at his behest.

According to a criminal complaint on file with U.S. District Court for the District of Columbia, Jenna Ryan, who took a private jet to the riot, is charged with one count of knowingly entering or remaining in any restricted building or grounds without lawful authority and one count of disorderly conduct on capitol grounds.

Ryan previously trolled those online who were preparing for her seemingly inevitable criminal prosecution. She was finally charged, and she is now begging for mercy.

“I would like a pardon from the President of the United States,” Ryan said in a Friday interview with KTVT-TV in Dallas/Ft. Worth. “I think that we all deserve a pardon; we — I’m — I’m facing a prison sentence.  Um — I think that I do not deserve that, and I think every person — you know — from what I understand — everyone’s going to be arrested that was there.  So, I would — I think everyone deserves a pardon and I would ask the President of the United States to give me a pardon.”

“I was displaying my patriotism when I was there, and I was just protesting,” she said further. “And I wasn’t trying to do anything violent, and I didn’t realize that there was actually violence, and it went way out of proportion, and I would like to apologize for all the families that are affected by any of the negative environment.”

“He asked us to fly there; he asked us to be there,” Ryan continued. “So, I was doing what he asked us to do.  So, as far as in my heart of hearts, do I feel like a criminal?  No. I’m not the villain that a lot of people would make me out to be or maybe think I am because I was a Trump supporter.”

The phrase “heart of hearts” suggests Christian allegory, which Ryan has frequently tweeted in defense of her actions and her political views (example 1, example 2, example 3, etc.).

Ryan has a lengthy social media history of retweeting conservative election conspiracy attorney Lin Wood. She has balked against what she perceives to be Big Tech’s censorship of voices online while saying she would block people “forever” who dislike her own Twitter feed. She even relished in the thought of mainstream media equipment and facilities being destroyed in the process of playing out her political views — then went on the mainstream media to beg for leniency.

Some of Ryan’s social media history has already been entered into the court record in the recently launched federal prosecution against her.

Here is Jenna Ryan of Frisco Texas admitting that she will be breaking windows! pic.twitter.com/cFmf1s9pqz

“We just stormed the Capitol,” she also is alleged to have said on social media.  “It was one of the best days of my life.”

We just stormed the Capital. It was one of the best days of my life.

Here is a local Frisco, TX resident, celebrating yesterday’s Insurrection as one of the best days of her life, after storming the Capitol! Her name is Jenna Ryan! Her Twitter handle is in the pictures below! https://t.co/12C93BW1rU pic.twitter.com/r5WVvMpG9W

Watch the full interview below:

[image via the FBI and U.S. Department of Justice]

Have a tip we should know? [email protected] 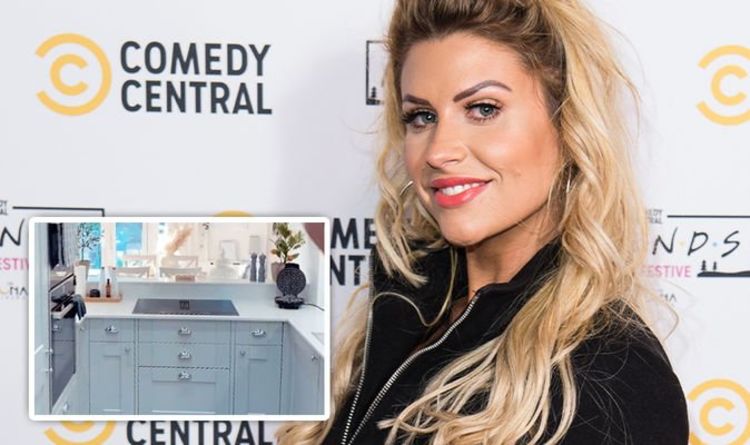 Next post Mrs Hinch home: Cleaning expert shares tips on how she keeps her home ‘clean and tidy’