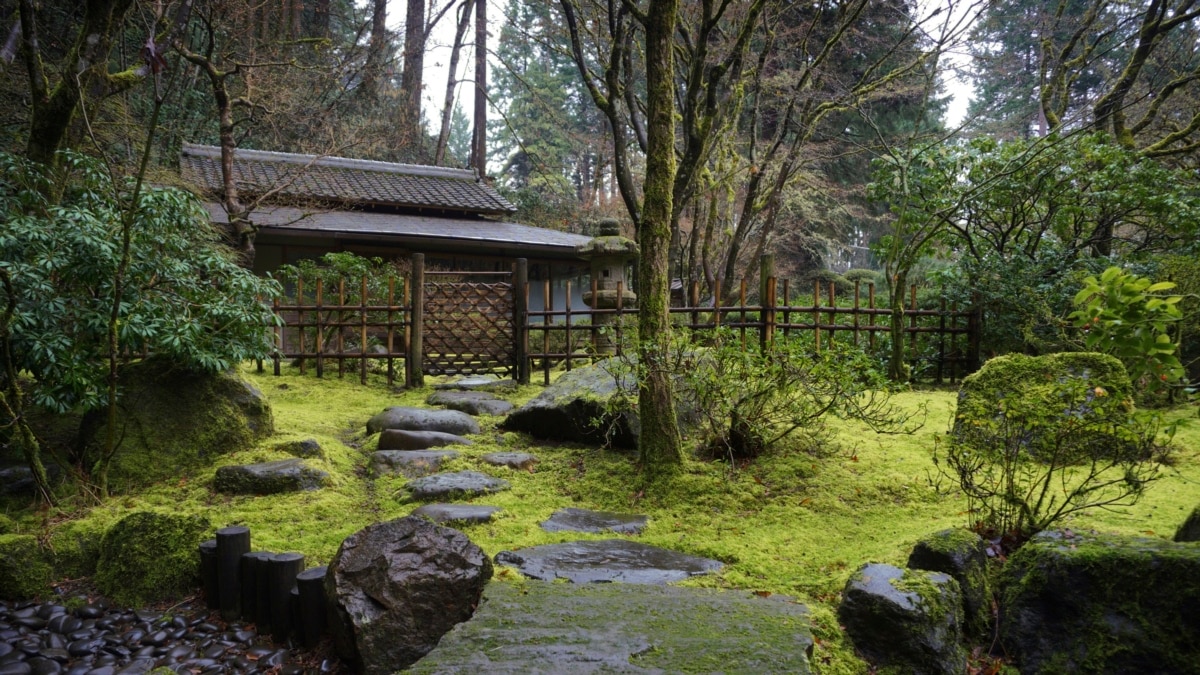 Japanese-style gardens first gained attention in the United States at the 1893 world exposition in Chicago, Illinois.

Over 120 years later, they continue to be a great part of American garden design. Today, there are more than 200 Japanese-style public gardens in the country, the North American Japanese Garden Association reports.

Japanese-style gardens bring together indoor and outdoor spaces, says Asher Browne of New Jersey. He creates Japanese-like gardens for people in the United States. He did his training in Kyoto, Japan.

“One reason that gardens are so successful in Japan is that the house-garden relationship is set up to be so integrated,” Browne said. He added that gardens surround the house, “so it’s as if your living space extends out much further,” he said.

Japanese garden design in the U.S. has moved beyond the commonly known features such as special lights, called lanterns, and imported Japanese cherry and maple trees, says Sadafumi Uchiyama. He oversees a Japanese garden in Portland, Oregon. He is a third-generation gardener from southern Japan.

Over time, Japanese gardens in the U.S. changed to look more authentic. This happened in part because of more widely available books on the subject, Uchiyama said.

Browne said that, in Japan, garden spaces are linked with indoor spaces. Wherever a person looks out from their home, a garden should look almost like a painting.

He said the “idea of bringing the beauty of nature into daily lives” is an important idea in Japan. He notes that gardeners in Japan pay special attention to the beauty of rocks and stones.

John Powell is a garden builder from Weatherford, Texas, who also received training in Japan. He said Japanese gardens appeal to him because of their strong connection between indoor and outdoor space.

He said that traditionally, outdoor landscaping in the United States “was very disconnected” from indoor spaces. But today, he said, more Americans like the idea of “connecting the indoors and the outdoors.”

There have been changes among Japanese-style gardens in the U.S. in recent years. In the past, the trees and plants chosen were often native to Japan. But today, the aim is to use plants that grow well in local environments.

Garden designers who are experts in Japanese-style gardens say one common misunderstanding is that this kind of garden does not require much work. But they note that Japanese gardens sometimes involve even more work than other kinds of gardens.

He noted that only 20 percent of land in Japan is livable. “So, people learn to care for their environment,” he said. One way they do that is by caring for their gardens often.

The Associated Press reported this story. Ashley Thompson adapted it for VOA Learning English. Susan Shand was the editor.

Words in This Story

garden – n. an area of ground where plants (such as flowers or vegetables) are grown

integrate – v. to combine (two or more things) to form or create something

authentic – adj. real or genuine : not copied or false

landscaping – n. the process of making changes to improve the appearance of (an area of land)

constant – adj. happening all the time or very often over a period of time

How to create your own Japanese-style garden | News

A contemporary garden design with a natural swim pool