Inside Miami’s market, as wealthy transplants are rallying real estate 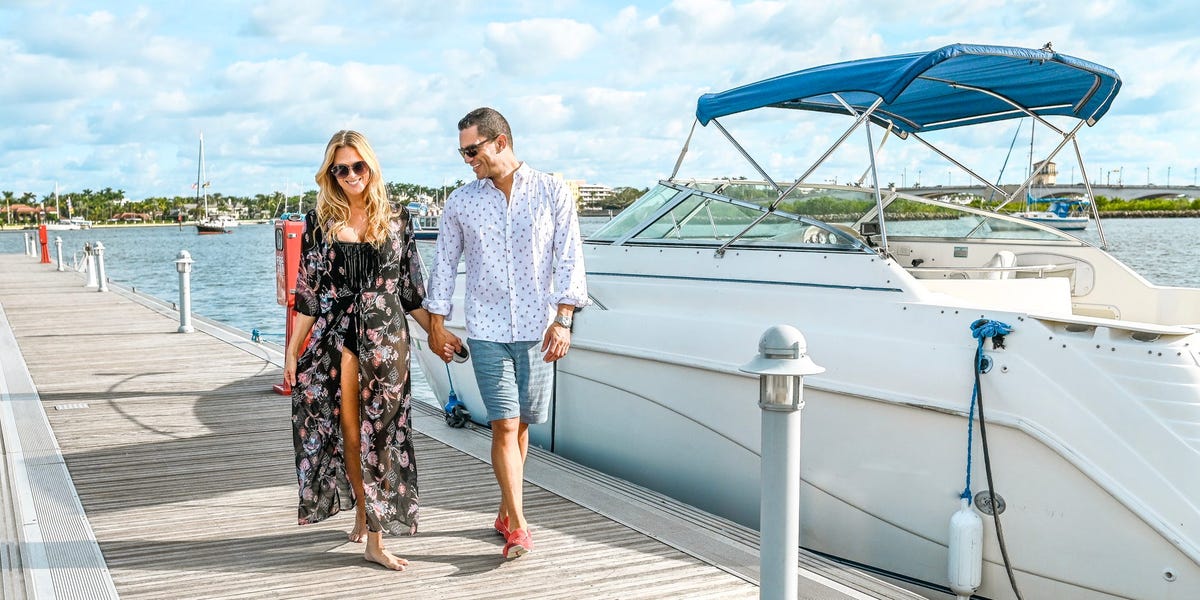 Last March, Alex Taub, his, wife, and their daughters contracted COVID-19, and even worse, they were living in a two-bedroom apartment in New York City at the time.

The 33-year-old founder of Upstream, a professional social networking app and platform, told Insider in a first-person account that his family had moved to North Miami by July.

“Work-wise, I think I’ve had my most productive four months in a long time — mainly because of the lack of commute and distractions, and having a dedicated space in my home where I can get things done — so I can’t complain,” he wrote of his experience making the move last December. Not only do they have more space, a yard, and a pool, there’s also the sunny weather.

Taub is far from alone, as Miami has attracted a huge influx of new residents, standing out in a South Florida real-estate market that is scorching overall.

Financiers and techies flocking to Florida

Among the state’s many new residents are tech workers who see the city as a place to grow both personally and professionally.

With the ability to work from anywhere, many finance and tech workers have decided to relocate outside major coastal cities, some fleeing to Rocky Mountain states like Colorado while others seek opportunity in Austin’s Silicon Hills.

But in the case of Florida, remote workers’ movement comes alongside their bosses’, as financial behemoths and tech giants move to set up shop beachside.

Manhattan-based hedge funds Elliott Management and Citadel Securities are two of the several of New York’s staple financial institutions that have decided to move at least some operations to the Sunshine State, as Insider previously reported.

Perhaps the two most prominent institutions considering a move are financial-services giants Goldman Sachs, which is reportedly entertaining plans to shift its asset management operations out of New York, and the world’s largest private-equity firm, Blackstone, which is set to open a Miami office for as many as 215 back-office employees.

Big tech firms aren’t far behind, as companies such as Uber and Twitter already call Miami home, and local government continues to push for tech investment in the city, in hopes of building a reputation for Miami as the Silicon Valley of the south.

Taub sees the remote-work trend accelerating over the next few years. “Top talent will move to where they want to be because the best companies will hire the best people anywhere,” he said, adding that as an entrepreneur himself, this trend has opened his eyes as to how to build a great team remotely.

With that in mind, Taub foresees the growth of less-populated cities like Miami potentially becoming new hubs for tech and business.

Leading Miami real-estate broker Chad Carroll told Insider that his 2020 sales volume was just over $300 million, a big year, except his volume is already north of $150 million just a month into 2021. Carroll, who deals primarily with luxury buyers in Miami, said the market shows no signs of slowing down soon.

“The demand is something we’ve never experienced before,” he said, adding that home prices are skyrocketing, prices have increased tenfold, and it’s the first time in the more than 12 years he’s lived in Florida that he’s seeing a shortage in high-end inventory.

While South Florida has always had high-end buyers and sellers, Carroll said, the market hasn’t had the velocity that’s happening now. Carroll is doing more $10 million and $20 million-plus sales than ever before, he said, and “developers can’t build product fast enough.”

“There are no deals right now, a transaction today is a deal tomorrow because the demand is so strong and consistent,” Jay Philip Parker, CEO of Florida’s Douglas Elliman brokerage, told Insider.

Where buyers are coming from, and where they’re going

Miami is a primary market with more to offer than many of the other secondary and tertiary markets seeing strong demand right now, according to Parker, whose experience in Florida real estate spans over 20 years.

And many of the transplants who arrived in Florida with the intention to rent have since sought to purchase homes or condos, he said, adding that the general sentiment among new residents is to stick around.

“The highest-profile areas are the areas my group works in, Gables Estates, Coconut Grove, Pinecrest, Coral Gables, and then crossing the bridge to Miami Beach, Fisher Island, La Gorce, Golden Beach, and Indian Creek,” she said. “They are attracting the most high-net-worth buyers right now.”

The strongest influx of transplants is coming from the Northeast, Zeder added, with “good activity coming from the Midwest and Colorado, and an unusual amount coming from California.” Carroll agreed that west-coast buyers, largely from Los Angeles and San Francisco, have been flocking to Florida in numbers he’d never seen prior to the last 12 to 18 months.

Though the surge in demand for South Florida property can be attributed largely to the pandemic, Carroll said Miami demand is here to stay.

“Because real wealth and real companies are moving into the area,” he said, “the foundation of mega-wealth is going to be home-based here. Relocating companies isn’t something you do for one or two years. It’s a strategic move for the foreseeable future. You don’t uproot an entire company and peoples’ lives to move back.”