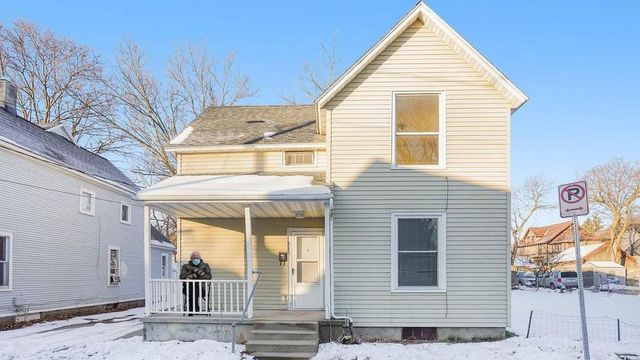 For those of you nowhere near a computer or phone in the past few days, here’s the quick backstory: Vermont Sen. Bernie Sanders spurred a viral meme sensation that has taken the World Wide Web by storm.

It all started when Sanders was photographed outside at Joe Biden‘s presidential inauguration on Wednesday looking relatively unimpressed by the historic occasion. There the 79-year-old sat, arms crossed, in a chair while wearing a practical heavy winter coat and—here’s the kicker—patterned knitted mittens. Something about the image of the gruff-looking Sanders tempered by the childlike mittens lit up the internet’s collective brain. It was meme time!

Soon images of Sanders took over social media feeds everywhere. Be-mittened Bernie, as he’s affectionately known, was digitally added onto the deck of the USS Enterprise, riding on a log flume, and selling Girl Scout Cookies. The hashtag #berniesmittens trended on Twitter.

And now the meme has shown up on the true final frontier: real estate listing photos!

The general rule of thumb for listing photos is to keep them extremely straightforward and free of personal belongings, especially personal photos. The thinking is that personal photos can somehow turn off potential home buyers.

But try telling that to Tiffany Szakal, real estate agent with IHeartGR.org in Grand Rapids, MI, who has a property to sell.

“The house came back on the market Thursday as I was falling in love with all the amazing Bernie memes,” she said.

And there was something about Szakal’s listing itself—which is a government-owned home specifically for low-income buyers on, ahem, Donald Place and directly behind Wealthy Street—that reminded her of the self-described democratic socialist senator.

So Szakal decided to have some fun. She asked her admin Aubrey Kuipers to digitally add Sanders into a few of the listing photos.

Now the first photo that comes up for the property on 321/325 Donald Place SE shows Sanders sitting in his chair and wearing his mittens on the home’s porch. And yep, there he is again in the kitchen, looking like he’s making a beeline for some hot cocoa to wrap those mittens around.

Szakal thought the photos would eventually fade into the multiple listing service with the millions of other listings out there.

The quick decision to add a little Sanders to the listing is paying off in dividends.

“My phone has been ringing off the hook. I’ve gotten a ton of calls for a showing and tons of requests for information about the property,” said Szakal. “The timing of adding Bernie lined up perfectly.”

For anyone else who wants to add a little Sanders meme magic to their listing, Szakal is all for it.

“This is a collaborative industry, we should all share our ideas,” she says.

So as you peruse homes for sale this weekend and beyond, be on the lookout for Sanders. The senator might pop up in the family room, in the basement, or maybe even out in the backyard lending his mittens to a newly built snowman.