If you are reading this, it’s more likely than not you may be at home. Or at least spending more time at home than ever before.

Our homes play a vital role in these fraught times — an all-purpose environment and security blanket in which to recoil from the outside world. That’s why, during the coronavirus, the style in which we live has eclipsed clothing sales as a new element of fashion — serving as the background for most of our waking hours and throwing interior design into an everyday spotlight.

The home has become an unexpected new dimension of fashion. If you are going to sleep, eat, sulk and socialize (virtually, that is) all in one space — it might as well please the aesthetic senses. With clothing and accessories sales sliding, home spending has shot up — growing more than 30 percent between March and October, compared with the same period last year, according to The NPD Group. By contrast, apparel spending in the same period has declined by 25 percent.

With few places to wear status fashion items and even fewer special events to shop for, people are siloing their budgets toward the home, where stalled DIY projects, outdated furniture and mucked-up plates have begun striking a nerve.

The home improvement industry is vast — allowing people to buy in at virtually any price point. Not in the market for a full kitchen renovation? Perhaps it’s time for a new couch or dining room set-up. And if furniture is out of reach, there are still towels, bedding, plates and knick-knacks to spruce up everyday tasks. From high-end haute design to Ikea, and even strong sales at DIY megaliths like Home Depot and Lowe’s, the category is booming. And those more eco- or budget-minded are using eBay, Facebook marketplace and antique stores to create fashionable spaces with a mix of curios from different eras.

Just before the pandemic, furniture and housewares were already seeing a boost in interest. While interiors, particularly in New York City rentals — notoriously dingy and under-maintenanced — had always taken a backseat to lavish spending on clothing and socializing, something began to change. Suddenly, the clout chair — archival designs from names like Herman Miller, Knoll, Marcel Breuer, Hans Wegner, Mario Bellini, and Josef Hoffmann — was the new “It” bag of 2020. To own one was to buy a new kind of social media bragging rights — a sign of in-the-know sophistication. In an odd turn of events, they have now become the background for selfies under lockdown and a winter with few indoor destinations outside the home.

“The American dream of having a home feels more unattainable — maybe that’s why people are spending more money on furniture. Most people don’t own their apartments so at least you can own some cool s–t to put in your crappy rental,” said furniture designer Katie Stout. “Instagram is definitely helping the whole thing along. It’s like, ‘Oh, you have a cool outfit and now you need somewhere to sit.’ It’s just about making the full environment.”

Adam Charlap Hyman, an interior designer whose company Charlap Hyman & Herrero was just inducted into Architectural Digest’s AD100 list of influential firms, said that he’s “noticed that younger people or a broader audience are assuming the eye and set of standards of the collector in a way that is unusual. It used to be reserved for a small group of people that were passionate about this.”

He added that, in some ways, homeware’s appeal lies in its niche status. “It’s a little bit more secret, a lot less publicized, so I think the formation of your own taste is a little more personal and less directed or guided by social media and magazines. There are certainly trends but people go their own way,” he said.

Interplay between fashion and home design had already been stirring — waiting for an accelerant to cement its place within the larger fashion industry’s mind-set. At Design Miami last December, luxury brands including Balenciaga and Miu Miu introduced furniture designs for the first time. Rising American brand Bode collaborated with Green River Project, a trendy furniture design firm popular for its Donald Judd revival-style, on the overall aesthetic direction of its collections and retail spaces. And in early March New York Magazine even outlined a growing trend of people DIY’ing their own minimalist Donald Judd furniture from plywood, labeling them “Judd-heads.”

Fast-forward nine months into COVID-19 social distancing measures, and the link between fashion and interior design has only strengthened as people spend an inordinate amount of time at home.

This winter, the tiny Lower East Side home design store Coming Soon recognized its online fan base and moved into a larger storefront beside perennial downtown café Dimes — offering a more high-minded place for post-brunch window shopping than the clothing boutiques of, say, nearby SoHo.

In October Hayato Arai, cofounder of the cult streetwear brand Miles, launched Hayato — a brand of work pants with stitching details inspired by classic midcentury furniture. There are knee patches crisscrossed with the caning pattern of Thonet chairs and curved seams meant to recall Vitra’s living tower, designed by Verner Panton in 1969. Hayato’s initial run of Thonet-inspired carpenter pants sold out on his web site in three minutes.

“Furniture is designed to match human proportions. The height of chairs, the edge of tables — everything is made for the human lifestyle. Clothes also have to fit the body and lifestyle. I thought these two should work well together if I merged them together,” said Arai.

“I think there’s a lot of overlap with interiors and fashion. It’s about mixing and matching colors, shapes, time periods and how certain pieces interact with one another. But furniture feels more sustainable and permanent than fashion trends…it moves slowly and feels long-lasting,” Cohen said of toeing the line from fashion towards interiors.

During COVID-19, home life has become the fundamental background for influencers under lockdown — replacing the far-flung vacations and glitzy parties that offered their followers a sense of escapism. This has left a mark, creating new appetite for furniture and lamps but also helping revive what was once considered old-fashioned. Floral-printed hand towels, decorative candlesticks and hand-painted porcelain by small businesses like ceramicist Dominique Ostuni and candlemaker A Charde, who sells under the name Taper Freak on Etsy, often sell out when they are released in “drops,” similar to streetwear.

“It’s funny talking about [furnishings’ growing popularity] now that everyone is stuck at home. Apparently what you surround yourself with is really important. Your home can be comfortable — you don’t have to hate being there,” said Courtney Wagner, cofounder of Brooklyn’s Dobbin St. Co-op, a popular network of stores that sell vintage furniture and home goods.

When Dobbin St. posts a velvet tufted couch or midcentury light fixture to its Instagram, it often sells out within minutes. Some of the store’s 67,000-plus followers have even set alerts to ping them when the store posts products, giving them a competitive shopping advantage.

The company is one of the all-star vintage furniture dealers to find popularity on social media. Home Union, Bi-Rite Studio, Dream Fishing Tackle and Art School Cowboy are among the hundreds of Instagram accounts that represent a new generation of antique dealers — their tastes and selling methods to suit a younger collecting audience. Crafty shoppers use their pages as inspiration and then comb Craigslist and Facebook marketplace to find Murano mushroom lamps, Kartell side tables and milk glass table sets from homes looking to offload them in a hurry.

“One of the reasons people are attracted to vintage clothing is because it’s not off-the-rack, it’s not something everyone has. It’s the same case with home goods, you curate more of your own style and aesthetic because the pieces are so unique,” said Wagner.

Now joining the new army of online antique dealers is Aude Chomette, formerly studio manager for Olympia Le-Tan and Marc Jacobs. After losing her job in the COVID-19 crisis, she decided to pivot to interiors instead of looking for another position in fashion. Last month she launched an Instagram account and e-commerce site called Objects Inanimate, selling novelty glassware and ceramics.

“Just being at home more, I’ve noticed how people enjoy looking at nice things. I love having people over and entertaining and saw that people cared how I presented my home. I thought, ‘Maybe other people want to have nice things in their home.’ It happened pretty naturally,” she said.

While Chomette admitted that interiors has not always been a pastime for young people, she said, “There is a culture change. I think younger people seem to be into it because there are ways to do it that are approachable. With vintage you can find better prices and it makes it available to a wider audience. It feels like an older version of ourselves at some point.” 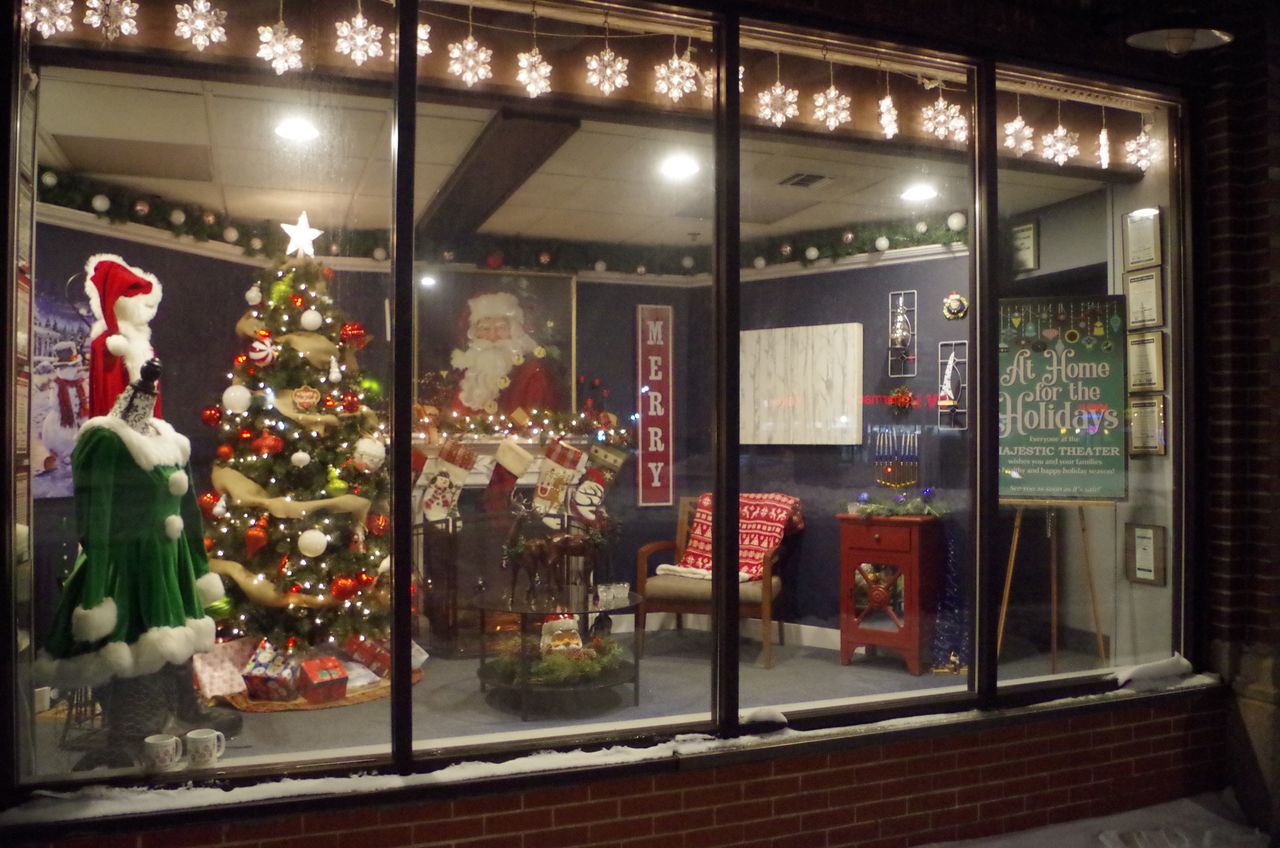