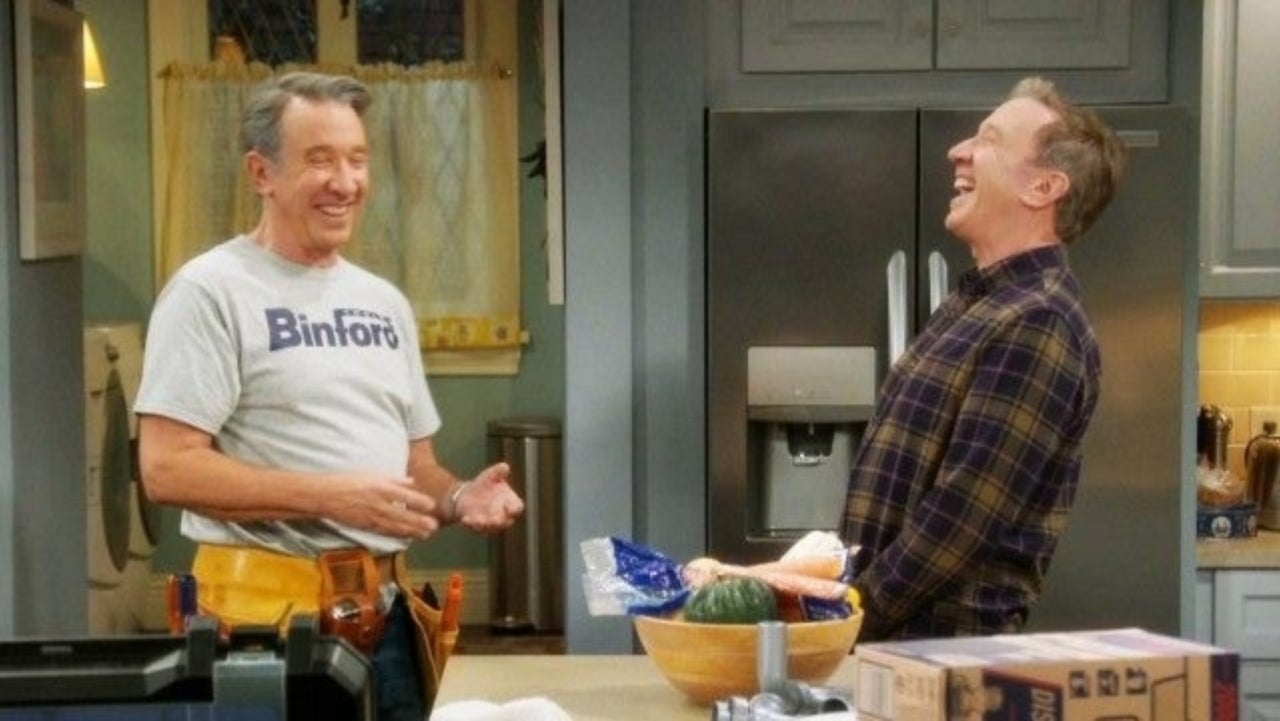 The new episode of Last Man Standing called “Dual Time” saw the comeback of Tim “The Toolman” Taylor from Home Improvement, with series star Tim Allen playing both roles with some visual effects magic. With Taylor meeting Allen’s other role Mike Baxter, it marked the first on-screen appearance of the popular sitcom character in over 20 years. So how did it all come together?

The crossover kicks off when Mike’s wife Vanessa (Nancy Travis) hires a handyman from Binford to fix their broken garbage disposal. Mike himself is struggling with his latest vlog for his website, which is causing him to procrastinate on fixing the disposal himself; he refuses to hire someone else to do a man’s job, though his writer’s block is preventing him from doing it himself.

Just as he’s coming up with an idea that involves everyone being a “snowflake,” Vanessa reveals Binford’s owner decided to take the job himself because of how similar the two look. The guys bond over some playful ribbing, including Taylor’s trademark grunting that Mike finds annoying.

After a minor argument and a Home Improvement call back to the neighborly discussions with Wilson, the two find some common ground. Tim reveals Wilson passed away, and Mike invites him to hang out at his store and meet his co-workers.

Allen previously joked about Tim Taylor’s reappearance decades after last appearing on screen, explaining that the character has since moved on from his role as a TV host.

“It seemed weird and put on and phony, but the way it’s handled — it’s self-aware. It’s a moment where we break the fourth wall to him,” Allen explained to Us Weekly. “The grunting was part of his deal and he kind of cops to that. He’s gotten old and he’s moved on. He no longer does Tool Time. I don’t want to give too much away, but it’s really quite clever….He’s in Colorado for some meeting — Binford Tools is everywhere — and he notices a guy that looks just like him. He says, ‘You know, people have told me I look like you!’ And obviously, we play with that for quite a bit.”

Last Man Standing showrunner Kevin Abbott told TheWrap how and why they were able to get the Home Improvement crossover. At first it came down to convincing Allen after request for a big event from the network executives.

“I want to make sure that he wanted to play it — which he did, he fully embraced the idea, with the proviso that we would honor that character, not make fun of him or anything, which we would never do,” said Abbott. “I really liked Home Improvement and Matt Williams and David McFadzean and Carmen Finestra, who created Home Improvement, were really kind and generous in allowing us to use the character and certain iconic symbols from the show and bits. So we were going to bend over backward to not give them any reason to regret allowing us to do that.”

New episodes of Last Man Standing are airing on Thursdays at 9:30pm ET on FOX. 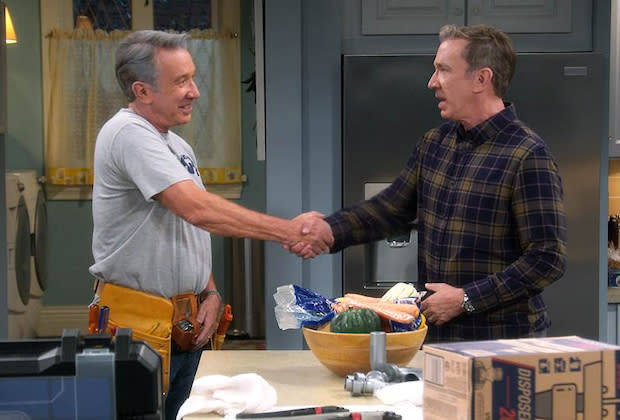