Housing is a luxury? Here’s what the K-shaped recovery means for real estate 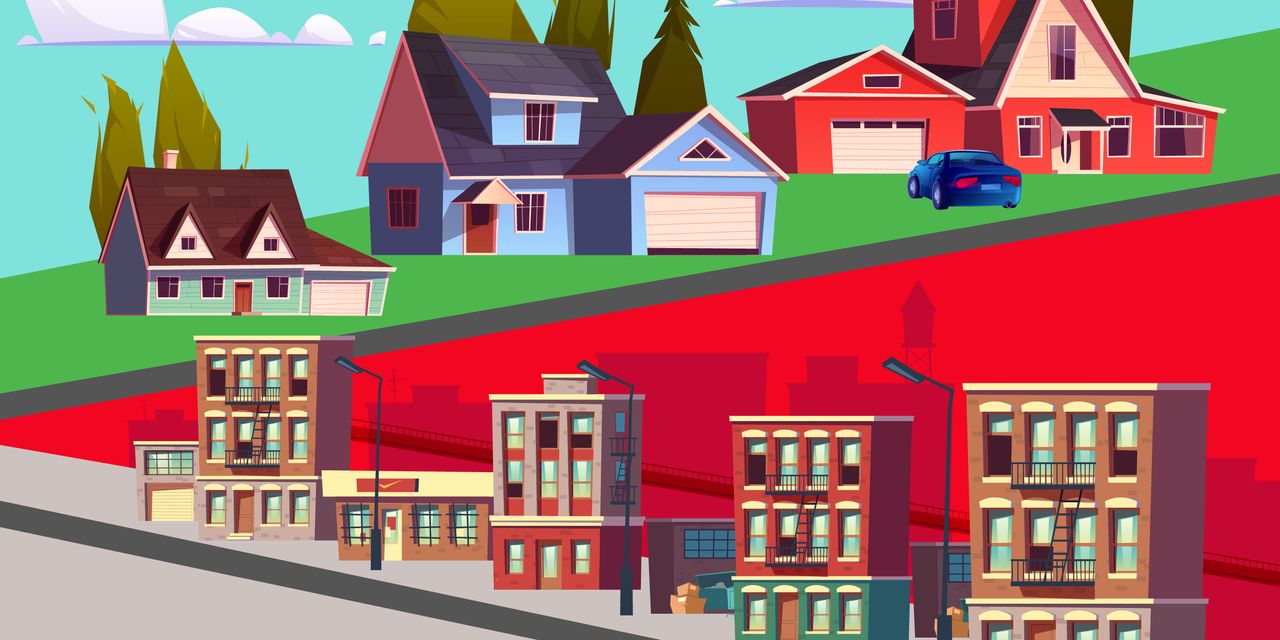 So it may be fitting that a K-shaped recovery from the COVID-induced downturn would be accompanied by an increasingly unequal housing market. What’s less certain is what that will mean for the broader economy and markets.

“I definitely think the pandemic widened the gap between the haves and the have-nots,” said Glenn Kelman, CEO of Redfin
RDFN,
.
“When I started in this business, there was a broad consensus around making the American dream accessible to middle- and lower-income people. After this year I now see housing as a luxury good.”

Read: Redfin CEO: Technology is finally ready to change how you buy and sell your house

One of the clearest signs of the new affluence is that people with means have been able to go anywhere they want to escape the pandemic’s risks, or even its doldrums, while have-nots have been stuck in place.

“The customers we serve are people in white-collar professional jobs with massive gains from the stock market who are free to work anywhere in the country,” Kelman said. “For them this hasn’t been a catastrophe, but a bonanza.”

To be sure, there’s a yin and yang to housing. When people with greater means settle in lower-priced areas, it can help boost property values. But it can also prompt difficult cultural reckonings. And Kelman worries that such migrations may simply pressure prices upward everywhere, making it harder for more people to access the housing market, and perhaps the ladder into the middle class that homeownership has long represented.

Steve Blitz, chief U.S. economist for TS Lombard, takes a somewhat different view of the shifts of the past year.

“It’s the unfortunate aspect of any economic disruption that the higher end always manages to work its way through with minimal disruption to their lives and the less fortunate bear the burden. There’s nothing new about that,” Blitz said.

What’s more, he thinks the COVID exodus may actually wind up being a good thing for the housing market and the economy.

Existing homeowners — largely baby boomers — have been holding tight to their homes for years, making it harder for younger Americans to crack into the market, Blitz pointed out.

“And now everything’s gotten shook up,” he said in an interview. “Now that the log jam has been broken, it’s going to keep going. In the last decade there was a noted lack of mobility in terms of people moving to other cities for employment. More mobility means a better workforce.”

Finally, Blitz points to the well-known boost to the economy from the multiplier effect from home-buying — shopping at Home Depot
HD,
,
using credit cards
V,

more, hiring for well-paying construction jobs, and so on.

Kelman doesn’t dispute the economic impact, but he’s uneasy with the way financial markets have worked for some while others have been shut out.

“March 2020 was a calamity,” Kelman. “Credit markets were about to shut down and threaten the U.S. economy and a massive amount of stimulus was put into the system but only half of America could access it. It’s a huge windfall for the haves even as there’s been a sea change in the ability of working-class people to access credit. We’re looking at the rise of so many jobs where you’re paid in stock and many of our financial and economic metrics don’t even account for that. The people we sell houses to aren’t using their salary, they’re using their portfolios.”

It’s worth noting that the uneven recovery from the subprime bust a decade ago, and policymakers’ response to it, is considered by many analysts to have widened inequality and to have given rise to the populist tendencies that helped elect Donald Trump in 2016.

Related: This chart shows the haves and have-nots of the housing market, and it’s getting worse

“It used to be you could do just fine working hard to afford a home,” Kelman said. “I think that’s going to change. This is a profound transformation.”

Investors won’t get a look at housing data until later in the month, though next week’s economic calendar brings an update on consumer price inflation on Wednesday and an early look at March consumer sentiment on Friday.

See: 16 million people just got laid off but U.S. stocks had their best week in 45 years