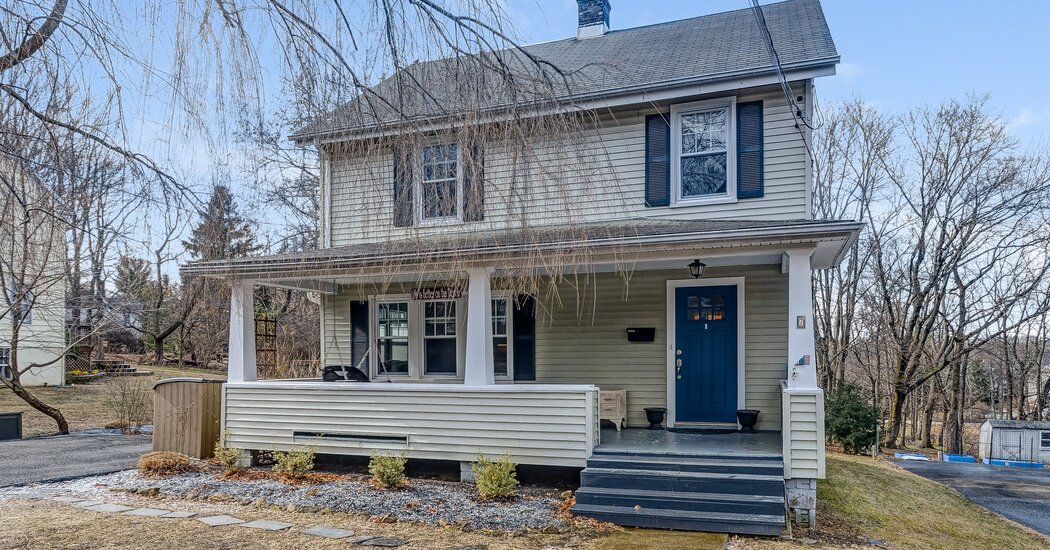 Each week, our survey of recent residential sales in New York City and the surrounding region focuses on homes that sold around a certain price point, allowing you to compare single-family homes, condos and co-ops in different locales.

A 1,667-square-foot renovated house, built in 1905, with a front porch, a living room with crown molding, a kitchen with granite counters and stainless-steel appliances, and a deck, on a quarter-acre.

8 weeks on the market

A 550-square-foot postwar condop with hardwood floors, a living room with a door to a balcony and an open kitchen with stainless-steel appliances (but no dishwasher), in a doorman building with a pool.

19 weeks on the market

A 23-year-old, 2,820-square-foot house with a fireplace and vaulted ceiling in the living room, a fireplace in the family room, and an island with seating in the kitchen, on 0.14 acres on a private street.

23 weeks on the market

This 1,099-square-foot prewar condo has hardwood floors, a windowed kitchen with quartz counters, a dining area, and a washer-dryer in a non-doorman walk-up building with a live-in superintendent.

17 weeks on the market

This 1,733-square-foot, split-level, ranch-style house built in 1955 has a living room with a bay window, a kitchen with white appliances, a deck, a patio and an attached one-car garage, on 0.14 acres.

15 weeks on the market

A 70-year-old, 1,296-square-foot, colonial-style house with a living room that has a fireplace, a kitchen with a breakfast bar and stainless-steel appliances, and a finished basement, on 0.17 acres.

17 weeks on the market

LeBron James has built quite the legacy for himself both on and off the court. The all-star athlete, who famously hails from Akron, Ohio, has invested quite a bit in his home state since he’s risen through the ranks of the NBA. In fact, though he’s relocated several times while playing for different teams, he’s […]

After graduating from UMass Amherst in 2011, Dana Bull landed a job at an architecture firm in Salem, Massachusetts and...