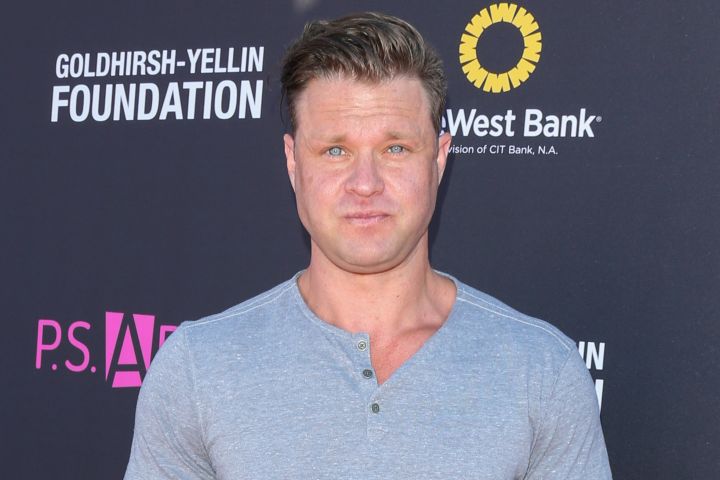 According to TMZ, Bryan — best known for playing the eldest son of Tim “the Tool Man” Taylor (Tim Allen) on the hit sitcom — was arrested Friday night after neighbours in his apartment complex in Eugene, Oregon, called police to report an altercation.

When police arrived, Bryan, 39, was sitting outside his apartment, while the alleged victim was hiding at a friend’s home nearby.

Police ascertained that Bryan had engaged in “some sort of argument with the woman — with whom he has a relationship — and it allegedly became physical,” with the woman claiming that Bryan “put his hands around her throat and squeezed.”

The woman also told police that Bryan attempted to take away her phone when she tried to call 911, but she was able to escape and make it to a “safe place” where she could call.

Bryan was reportedly arrested “without incident” and charged with strangulation, fourth-degree assault and interfering with making a report.

RELATED: Tim Allen Still Has Fans Asking Him To Grunt More Than 20 Years After ‘Home Improvement’

Bryan has since been released from police custody, ET can confirm. No further details are known at this point.

A rep for the Eugene Police Department issued the following statement to ET at the time of the arrest: “On October 16, 2020, at approximately 10:24 p.m. Eugene Police officers were dispatched to report of a physical dispute at a north Eugene home after neighbors called. Officers arrived and found a man, later identified as Zachery Ty Bryan, age 39, of Eugene, sitting outside an apartment. The victim, age 27, was at a neighboring apartment.  An investigation found that during the dispute Bryan is reported to have assaulted the victim, impeded her breathing, and taken the victim’s phone from her when she tried to call 911. The two have been in a relationship. The victim declined medics.  Bryan was taken into custody without incident and lodged at the Lane County Jail on charges of Strangulation (APA), Assault in the Fourth Degree (APA), and Interfering with Making a Report.”

How Will Lowe’s Deal With Slowing Home Improvement Spending?