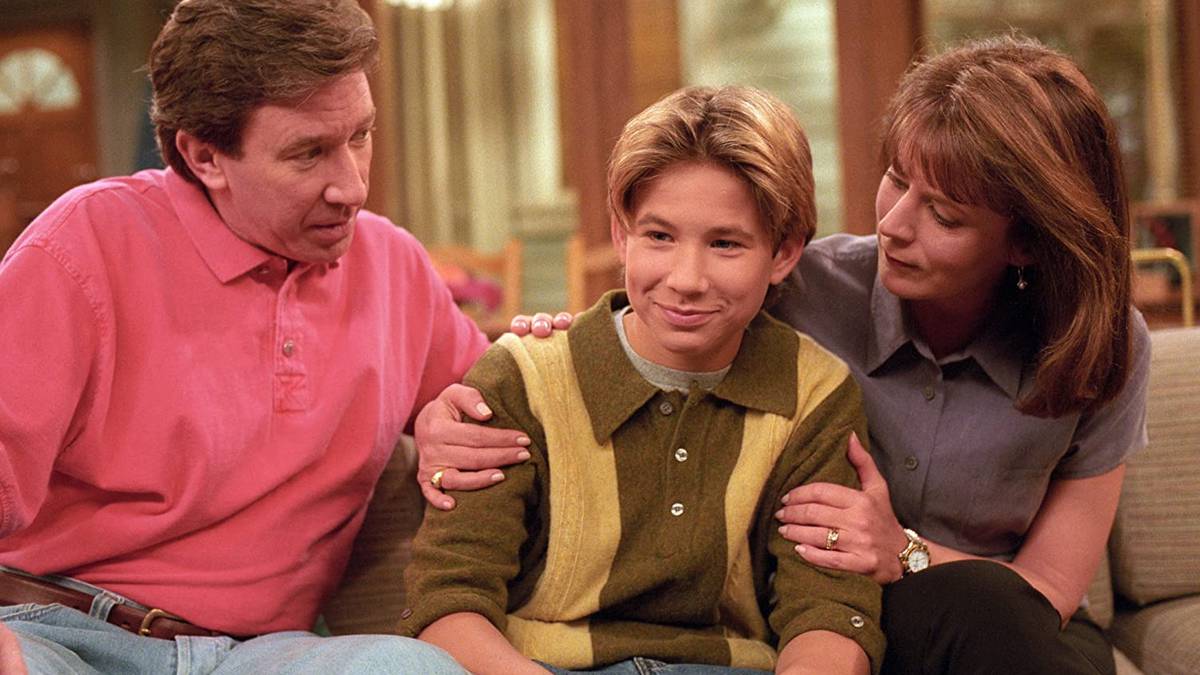 He was the 90s ‘it-boy’ – until he checked out of showbiz, for good. Whatever happened to Jonathan Taylor Thomas? Photo / Supplied

While today’s tweens fight over the members of BTS, teenage girls in the 90s were all in agreement: our collective crush on Jonathan Taylor Thomas.

The floppy-haired cutie made his debut after voicing young Simba in Disney’s The Lion King, followed by an eight-year stint on the family sitcom Home Improvement.

Well and truly earning his spot on our bedroom walls – those Total Girl posters were something else – fans could not believe their ears (or eyes) when JTT up and left the show that made him a household name.

And althoguh he’ll forever be that cheeky teen Randy Taylor in our hearts, here’s a look at where JTT ended up.

After eight seasons on the show, Jonathan’s character Randy suddenly took off for a study programme abroad – and that was the last viewers saw of him. Fans were crushed that the teen didn’t even return for the series finale.

“I wanted to go to school, to travel and have a bit of a break.”

Despite finding fame overnight, the young star never found himself dazzled by the Hollywood lights, embracing those moments when he could just be Jonathan.

“You can’t be trapped in this bubble,” he mused in an interview at the tender of age of 14.

“The industry is neurotic and weird, and so when I go home and I play basketball with my friends, I’m not Jonathan Taylor Thomas. I’m just Jonathan.”

Shying away from rubbing shoulders with the rich and famous, JTT traded in the show for college tours and an education at 18 years old. But that had been his focus for years.

“Every job has an end. I think [a lot of child actors] weren’t prepared for the end … So that’s why I focus on school, I play sports, I learn the technical side of [filmmaking],” he said. “Because sometime it’ll change, and I’ll have my education to fall back on.”

Not all of his co-stars admired his level-headed choice to walk away from the show, especially given his character’s popularity.

Tim Allen and Patricia Richardson, who played JTT’s on-screen parents, weren’t shy about airing their grievances with the media.

“It’s a pretty sore point around here,” Richardson told TV Guide. “I think there were a lot of bad feelings all along. I don’t think it’s a good idea that he didn’t show up, but I don’t always think he gets the best advice.”

“He was a little miffed at me,” Allen added. “I was a little confused at why he didn’t want to do this whole year.

Where is he now?

Aside from a couple of guest appearances on Tim Allen’s show Last Man Standing between 2013 and 2015 – where he even took the director’s chair a few times – Thomas has been mostly absent from Hollywood.

During his college years, he picked up work occasionally – but never committed to anything as intense as a network series.

And in 2000, he proudly graduated from Chaminade College Prep in West Hills, California.

But that’s not all. He then enrolled at Harvard University, where he studied philosophy and history. During his third year at Harvard, JTT took the opportunity to study abroad. He even spent some time at St Andrews in Scotland.

Some would argue that he gave up fame for a pretty ordinary life, but JTT insists he has no regrets.

“I never took the fame too seriously,” he said in 2013. “It was a great period in my life, but it doesn’t define me. When I think back on the time, I look at it with a wink. I focus on the good moments I had, not that I was on a lot of magazine covers.”

For the most part, the 39-year-old keeps his personal life under wraps. In 2007, there was a rumoured engagement to his author girlfriend Natalie Wright, but the couple split later that same year.