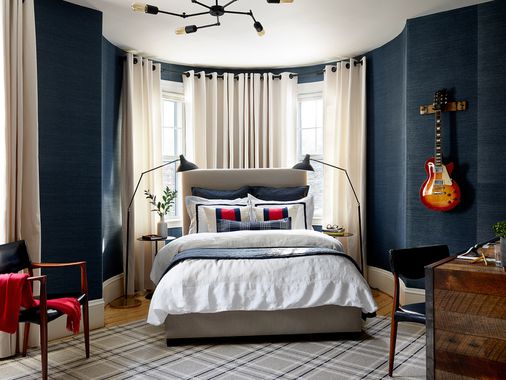 Sarah Cole’s clients tasked her with overhauling their teenage son’s bedroom so that it would endure well after he leaves the nest. “It was really important that their son enjoy the room now and when he gets older,” she says. The principal of Sarah C. Interiors took cues from the teen’s taste for simplicity and affinity for industrial elements, while considering the style and palette elsewhere in the Newton home. She was also careful not to ignore the home’s traditional Victorian character. “We wanted the furniture layout to accentuate the unique architecture, so we nestled the bed in the curve of the round corner against a backdrop of draperies,” she says.

2. Cole chose Visual Comfort floor lamps from Light New England in Charlestown instead of sconces, which would have interrupted the draperies and been too far from the bed.

3. Custom curtains with black grommets soften the windows behind the linen-upholstered bed. “The client didn’t like the idea of patterned draperies or trim, so simple panels made sense,” Cole says.

4. A chandelier with adjustable arms by Barn Light Electric Company adds an industrial touch to the top of the room. It also echoes the metal sculptures that the teen makes in his spare time.

5. Sisal wallpaper by Thibaut from The Martin Group in the Boston Design Center injects texture. “Navy paint would have felt too flat against the plain bed and drapery,” Cole says.

6. Prompted by a request to incorporate reclaimed wood, Cole commissioned a reclaimed-wood and raw steel desk from Combine 9 through CustomMade. 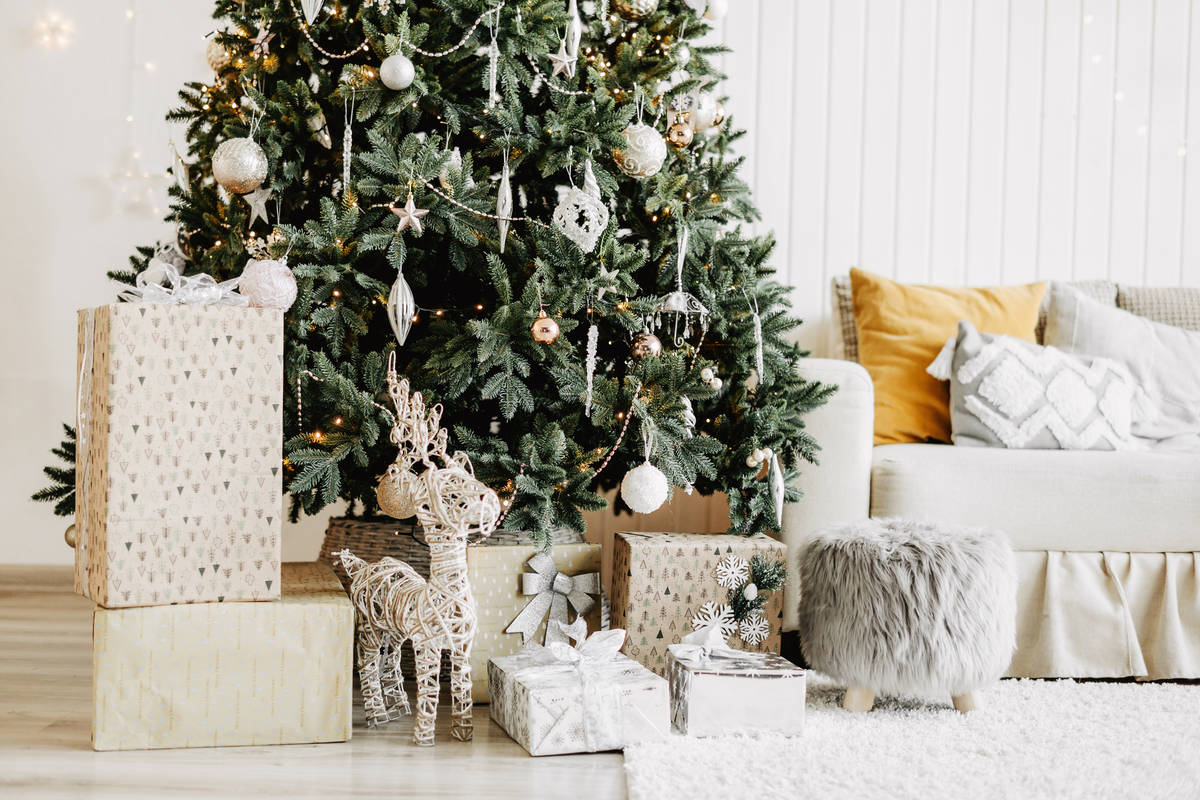 Next post Tips for decorating in a contemporary environment