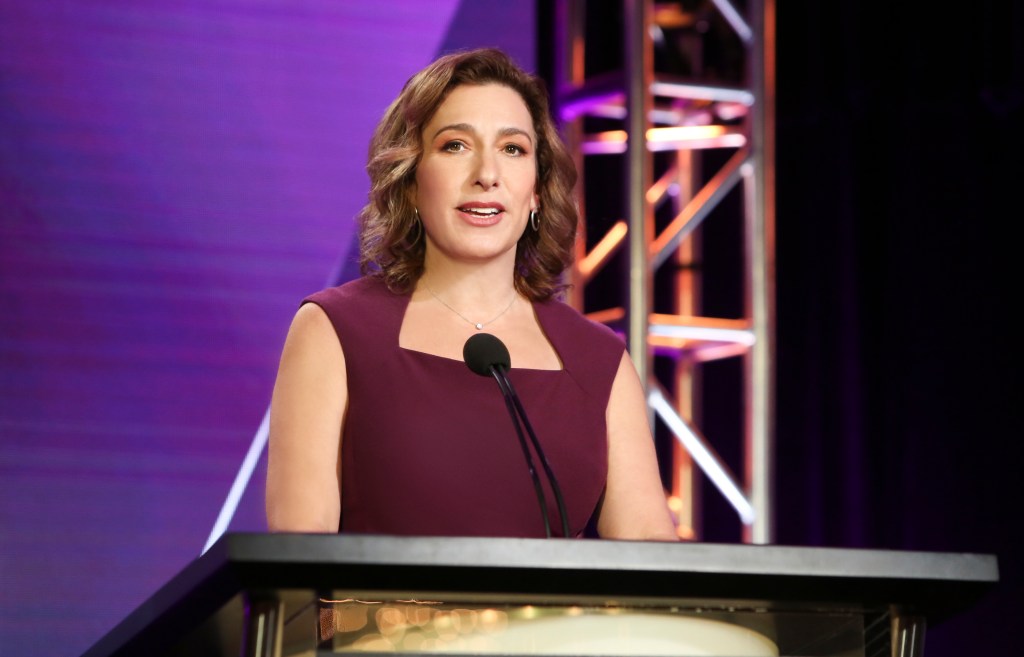 HGTV, known for dozens of programs that focus on home makeovers, is doing some remodeling work on a non-traditional structure: its programming lineup.

The next spate of series from the cable network – one of the biggest properties in the stable of parent company Discovery –  will add new elements to the outlet’s usual spate of fix-it shows and flip-your-house programs, including soapy storylines and a new recognition of the nation’s fragile economic state.

In  one new series, “Everything But The House, host Lara Spencer will take viewers along as families declutter and downsize their homes. In “Home Again With The Fords,” renovation experts Leanne and Steve Ford will help people whose circumstances send them back to their childhood homes. The new series – HGTV has greenlit 16 series and pilots, representing more than 109 episodes or 77 hours – will also play up real-life dramas involving some of the network’s on-air personalities, whether that involves an issue with their business or their lives behind the camera.

“We are kind of stretching the HGTV brand. We are looking for more storytelling – deeper stories, richer stories – leaning more into emotions around relationships,” says Jane Latman, HGTV’s president, in an interview. “In a sense, we are moving away from the strict format.”

HGTV isn’t planning to turn its real-estate experts and interior-design authorities into Bravo’s “Real Housewives,” says Latman. “It’s not about being louder, necessarily,” she says. “It’s just about being more real and not ignoring what’s going on in the talent’s life.”

Indeed, viewers will still see new kitchens and top-to-bottom overhauls. But there’s room for more, says Latman.  “We recognize the brand is about home, but that doesn’t mean it’s just about home renovation. It’s about looking at renovation through a family dynamic. Not everyone is going to need the same thing. You can go into the relationship in a family – what people need, how they live, and how our experts can design renovations around that.”

After Latman took on the president’s job at HGTV in April of last year, she commissioned a brand study to determine what new programming avenues the network had permission to explore. “We wanted to see where we could stretch and what was too far,” the executive says.” Do we want more humor in an hour show? What’s too much humor? Can we have an ending where somebody doesn’t buy that house?”

HGTV’s efforts come as many cable programmers are grappling with consumer movements beyond easy control. More people who might once have subscribed to a big cable package are migrating to streaming-video services and other sorts of packages that give them more say over how and when they want to watch. Discovery, HGTV’s parent, has indicated that it will, like rivals ViacomCBS, NBCUniversal and WarnerMedia, introduce a broad streaming outlet for its programming, likely early next year.

Meanwhile, its cable networks must find new strategies to keep linear fans on board. HGTV’s subscribers are seen falling about 5% in 2020, according to market-research firm Kagan, to 83.9 million from 88.3 million in 2019. Other Discovery-owned outlets like Food Network, OWN, Investigation Discovery, TLC and Discovery Channel are also seen shedding subscribers, according to Kagan, a unit of S&P Global Market Intelligence.

Some viewers may have already picked up on HGTV’s new concept. The network’s “Windy City Rehab” recently focused on a break-up of the business handled by series star Alison Victoria Gramenos and her associate, Donovan Eckhardt. “We covered that in a way that we would not have a few years ago, and the ratings skyrocketed,” says Latman.

The HGTV executive says she wants to bring more young viewers to the network, and give fans more “appointment viewing.” Many HGTV aficionados will watch episode after episode of a home-focused series, she says, but may not be prodded to seek out a specific set of shows. Executives hope the new concepts will add levels of viewership.

Among the new programs: “Life Under Renovation,” a “self-shot” series that follows five families as they try to build their dream home; “Unfinished Business,” which features Tom Rebert swooping in to help families with languishing home improvement projects; “Inside Out,” which shows interior designer Carmine Sabatella and landscape expert Mike Pyle battling to balance client needs and budgets; and “Save This House,” which follow a trio of experts working to save centuries-old properties from demolition.

Even as the network tries to inject new personality into its series, executives have also worked to make certain they continue to appeal to viewers making their way under financial pressure.

“We are really watching ourselves, what with all the churn in the economy and job loss. Let’s keep our prices in line. Let’s keep moving into recycling and refurbishing and restoring. Let us pay attention to the cost and remember that people don’t want to be bulls—-ed about what things really cost. Let’s watch what costs what in what market,” says Latman. “That’s not what we used to do. We didn’t talk about numbers, but people want the truth and they want to play along: Can I do this? We want to make sure where we are going is accessible unless the concept we are doing is designed for fantasy or aspiration.”