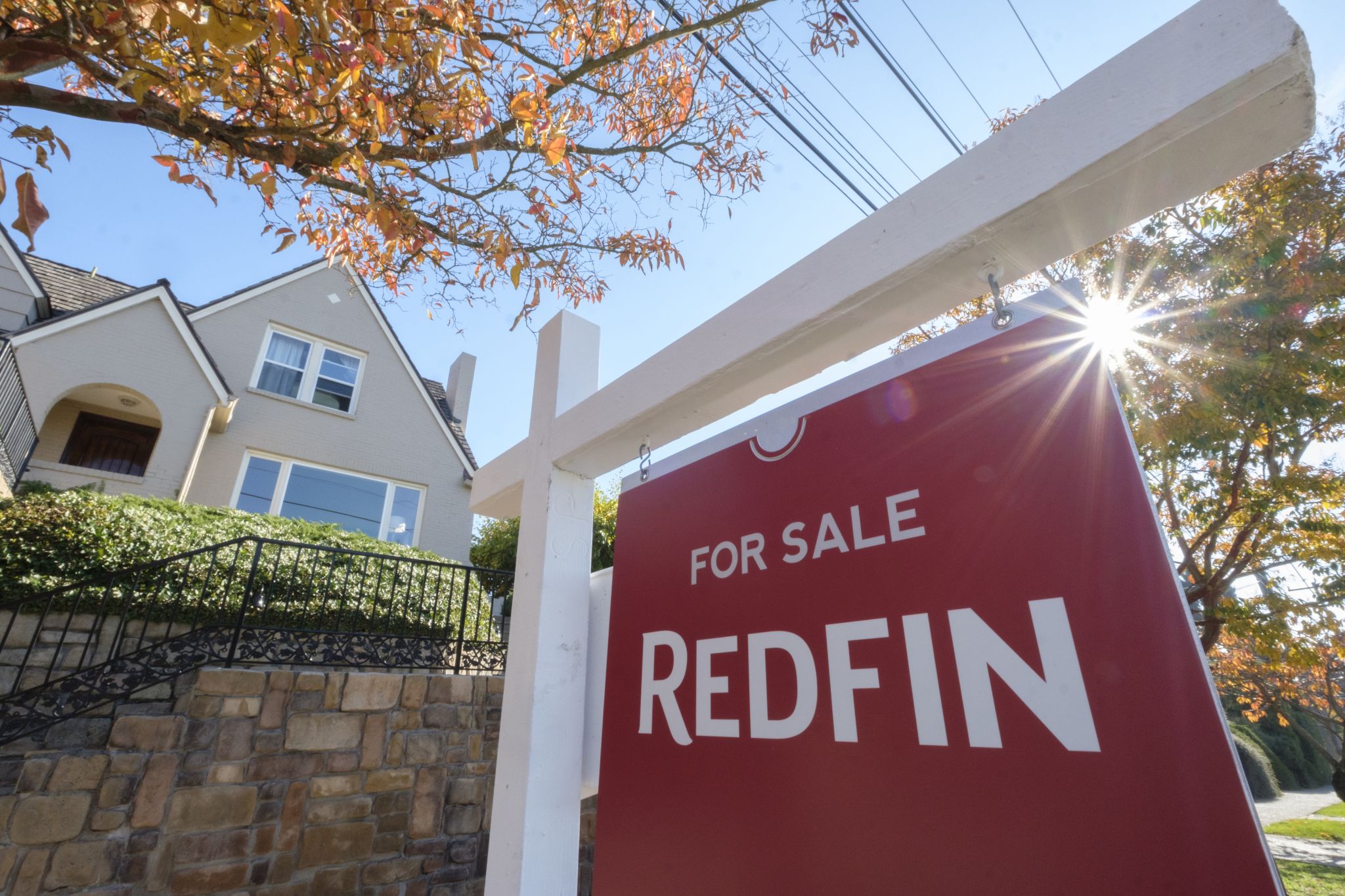 Low inventory, high buyer demand and rising prices continued throughout the year, creating a competitive market even through the holidays, which normally marks a slowdown.

Experts say it’s likely the Seattle-area housing market won’t cool down over the next year.

Prices will continue to rise, though somewhat slower than they did year over year in 2020. And the market will stay competitive, with homes likely continuing to receive multiple offers, especially if interest rates remain low.

As employers adopt more flexible work-from-home policies, people will likely be looking for more space in their homes to have room for a home office, and could look farther out of the city without having to worry about their commutes.

Here’s what else experts are predicting about what the 2021 housing market will look like in Seattle.

Tucker said through November 2021, the projections show home prices rising nearly 9% in Seattle, which he called “robust” price growth. Seattle has had some of the fastest price appreciation among major metro areas in the country over the last several months.

Tucker said he’s expecting that price growth to continue — but not quite as fast as it has been recently.

Throughout 2020, home prices in Seattle rose drastically year over year. Part of that, Tucker said, is because much of 2019 was a bit of a “soft patch” for the Seattle real estate market. But low interest rates have expanded the number of buyers that could afford the monthly payments, and has opened up the market more to first-time home buyers.

Tucker said he expects low inventory to continue into 2021 as well. But he said the inventory shortage in the city might not be as “acute” in the Seattle region in the spring and summer.  A lot of homeowners, he said, who were thinking about selling had put if off for one reason or another this year during the pandemic.

“They could come out of the woodwork,” Tucker said.

“But in the meantime, it makes it a really attractive time to sell, if you’re cashing out and moving … this would probably be a good time,” Tucker added. “I think there will be more listings next year which could bring a bit more balance to the market.”

In the spring when the pandemic hit, a lot of activity was put on hold and the number of completed transactions and pace of price appreciation slowed down. So, Tucker said, compared to spring of 2020, the pace of home sales and the number of listings in 2021 will be higher.

“I think a lot of that kind of traditional spring home shopping activity will come warring back,” Tucker said. “We still seem to have some pent up demand for people who have been unable to finish buying a house.”

Seattle still has many high paying jobs and employment is strong in many of the industries driving employment in Seattle, despite the pandemic. Those jobs pay high incomes, meaning a certain segment of the workforce in the Seattle region is still able to buy homes, Tucker said.

But because of the pandemic, a lot of spring buyers were bumped into the summer. The market was so competitive and homes were selling so fast, that a lot of summer buyers were still unable to buy homes, Tucker said.

That’s why the city has been seeing homes staying on the market for a very short period of time before getting offers.

“Homes are selling very very quickly,” he said. “It suggests to me that the spring market is going to hit the ground running.”

Into 2021, people will likely be looking for certain features that are a little different than what people may have wanted in the past. Tucker said the pandemic has expanded the size preference buyers are looking for, with many buyers searching for one more bedroom to be used as a potential home office.

“A lot of people are still working from home and will be well in 2021…so we have seen the demand shift a little,” Tucker said.

People are also looking more so for detached single family homes as opposed to condos.

Tucker said he also expects the market to remain “really hot” in other parts of the Seattle metro areas such as South King County and Pierce County. Some of those areas are seeing very fast price appreciation, he said. And it’s likely there won’t be a huge wave of people moving out of the city, Tucker said.

Buyers in 2021 should be ready to move quickly, Tucker said.

Fairweather said she is expecting an increase in sales both nationally and in Seattle starting off the new  year.

People are moving to Seattle from more expensive places, such as San Francisco and Los Angeles, and people are also looking to move from Seattle to the suburbs, or out of town entirely, she said.

Fairweather said most people are looking for a move to an area with more space, since many people aren’t as tied to the office anymore and won’t necessarily have to commute through traffic. They could be more open to moving somewhere like Snohomish County or Tacoma.

Fairweather said she expects the market in the Seattle area to continue to be competitive into 2021.

Currently in Seattle, new listings are up during a time of year that is normally slower, but the total number of active homes is down. Even though new listings are up, people are snatching up homes off the market incredibly quickly.

She said it’s hard to imagine the market getting faster, but it will remain fast-moving and competitive.

The adoption of virtual tools is likely here to stay as well, Fairweather said. At the beginning of the pandemic, agencies quickly adapted to using new tools such as virtual tours to more safely and efficiently let people see and list homes — even when coronavirus restrictions were at their strictest. These tools now mean people can spend less time actually looking at the homes in person. The pandemic has also resulted in more people being more open now to making offers on homes sight unseen — a trend Fairweather said will likely continue.

As far as prices, Fairweather said she expects they will still be high in the Seattle area going in 2021, but the city could see a stabilization in home prices. Part of that is because prices went up so significantly in 2020, and 2019 was a relatively slow year for the Seattle area housing market.

“2021 is going to be more comparable to 2020, so it’s not like prices are going to speed up any, but we will continue to see price growth,” she said.

Bidding wars will also likely continue into 2021. Fairweather said she thinks the reason people are so eager to get into bidding wars is because of how low mortgage rates are, which makes it a desirable time to buy a home.

Mortgage rates could start to creep up halfway through 2021, Fairweather predicted, but there’s a “window of opportunity” for people when rates are still at their record lows.

That could push the buying season up. Fairweather said she expects the city will continue to see strong sales in January and February, and it will be unseasonably busy.

After that, the growth rate could level off and the summer months and into the fall may look more like a normal  year.

“If the world looks a little bit back to normal, and kids are back to school, the fall will go back to being a much slower time for the housing market than it was this fall,” she said.

She does expect there will be more listings next year. A lot of people this year were nervous to list because of the pandemic. Now, people are seeing prices going up and are eager to cash in on their home values. That’s going to lead to new listing growth, she said.

People are also looking for some specific features in their new homes, including seeking out more space. Home offices are going to be very popular, especially for people who don’t think they’re going to be going back to the office anytime soon — or won’t be going back as often as they used to. People are also looking for single-family homes and bigger yards.

The suburbs of Seattle, which are already very competitive, will likely continue to be seriously competitive next year, she said. But, it could look a little more balanced in the months to come, especially if restaurants and bars start to open back up, making people want to be closer to the city.

“I think the suburbs would be more competitive, but I wouldn’t count out downtown Seattle either,” Fairweather said.

When might the Seattle area housing market cool down?

Scott said he expects there to be a surge of new buyers at the start of the new year, but that inventory in the Puget Sound region will remain low until March 2021.

The luxury market in the region will also likely stay strong, he said.

“The strong price appreciation we saw in 2020 will continue in 2021 as the biggest price boost will occur within the first four months of the year,” he said.

In 2021, buyers and sellers could see prices becoming out of reach for some, as well as an increase in interest rates when the economy starts to get better.

His recommendation for buyers and sellers: be ready on day one.