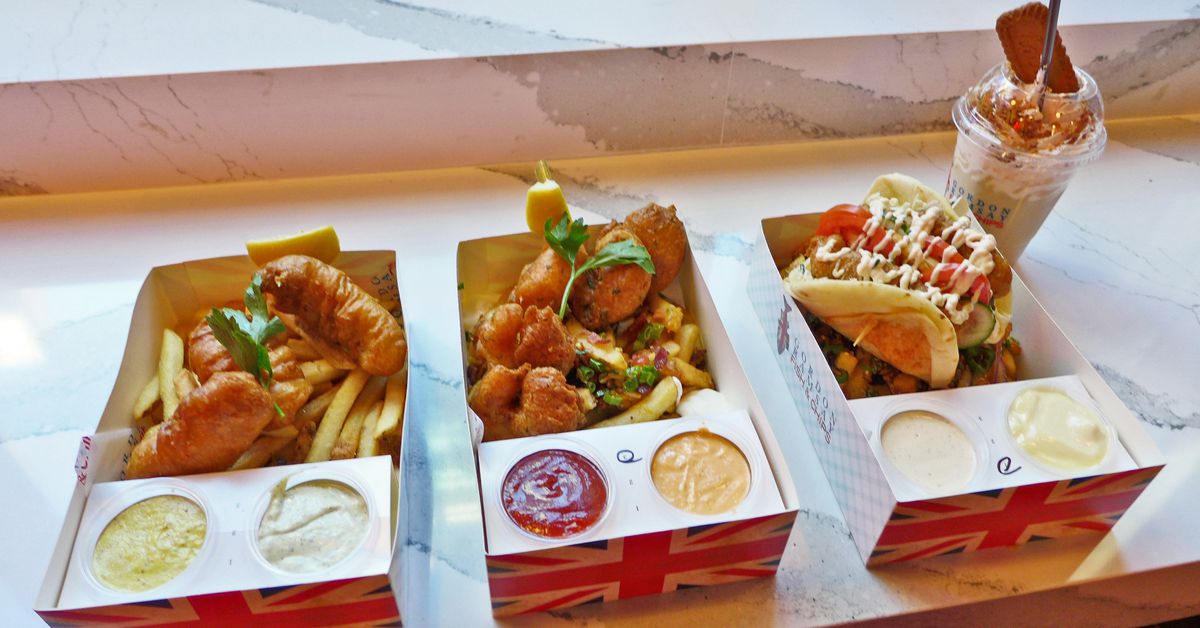 Gordon Ramsay’s track record on keeping restaurants open in New York City isn’t good. The Scottish celebrity chef whose TV appearances can involve “fixing” restaurants amid a sea of profanity opened Gordon Ramsay at The London on West 54th Street in 2007. It went on to gain and then lose two Michelin stars amid reports of inconsistent food and service, closing in 2013 after having been sold as a result of financial difficulties. Its more casual companion, Maze, managed to stay open till 2013. Still, one can’t help but wonder if Ramsay couldn’t have saved both if he’d made them the subject of one of his foul-mouthed Kitchen Nightmares makeovers.

The restaurant, a barely adorned basement, is located at 1500 Broadway, but the entrance is around the corner on 44th next to an Irish pub. A ramp leads downstairs, where the decoration is mainly super graphic words like “fish” and “fried” in an antique font and United Kingdom flag motifs. A line of blue-costumed employees stands behind the long counter, which is furnished with deep fryers and prep areas. Condiments are stacked at the ready in small plastic cups. Many of the three main ingredients (cod, shrimp, and chicken) have already been par-fried, and only need a final greasy dip in the oil before serving.

The heart of the menu is the fish and chips ($17.99): three same-size logs of cod with a glistening beer batter coating. The fish is good, though mind-bogglingly bland. [“Why doesn’t this fish have any flavor, damnit!” Ramsay might have shouted on his TV show, his quaking face bright red.] Yet, for the Times Square tourist, this combination of identifiable food celebrity and wholesome, if boring, food might be just the thing. Even with browned, skin-on fries that look good but taste mealy.

When you order this fish and chips, you will be upsold three further types of “dirty fries” that cost $3 extra. It might be worth it, because Dirty #1 features jalapenos and crumbled chorizo, and, at $7.99 by themselves, would be a whole meal preferable to the plain fish and chips. In shrimp and chips ($16.99), five plump crustaceans with the same beer batter are substituted for the cod, and they are at least more interesting, though I can think of a half-dozen coatings that would be preferable: tempura, for example. But Ramsay’s brain is working overtime to come up with a fast-food system that will involve the fewest ingredients and the least work — quite the opposite of his TV pose on Nightmares, in which he often admonishes his subjects to be less lazy.

The odd dish out among meal selections is the chicken sandwich ($15.99). Anomalously, it involves two chicken breast cutlets (need I say bland?) deposited in a pair of pitas on top of some coleslaw heavy with mayo. This sandwich, at least, also contains vegetables including tomatoes, though unaccountably — no pickle! The cutlets have further been squiggled with mayo, and there’s mayo on the side, too.

Each order comes with two condiments. I won’t bother to describe the sauces, except to say five of them are mainly mayo with slight modifications. What is it about Ramsay and mayo?

Two milkshakes round out the dessert choices. The location was out of the sticky toffee one, which seems like an oversight on the part of Gordon Ramsay Fish & Chips. I did get to try the Biscoff shake, which will confuse American patrons. It represents a Belgian cookie that can also be purchased as a peanut butter-type paste. With its burnt caramel flavor, the shake ($8.99) is pretty good, and would once again make a better full meal than the fish and chips. [“That’s dense as fuck,” Ramsay might have blurted out. “You can’t suck it up through the straw, so how’s the customer going to eat it?”]

Why go here? There are plenty of great fish and chips in New York City already, with many versions sold in fish markets in Harlem and elsewhere from a counter in the rear. Oh, and there’s A Salt & Battery in the West Village, where several types of fish are available, and the dish has a certain pungency lacking at Gordon Ramsay Fish & Chips. 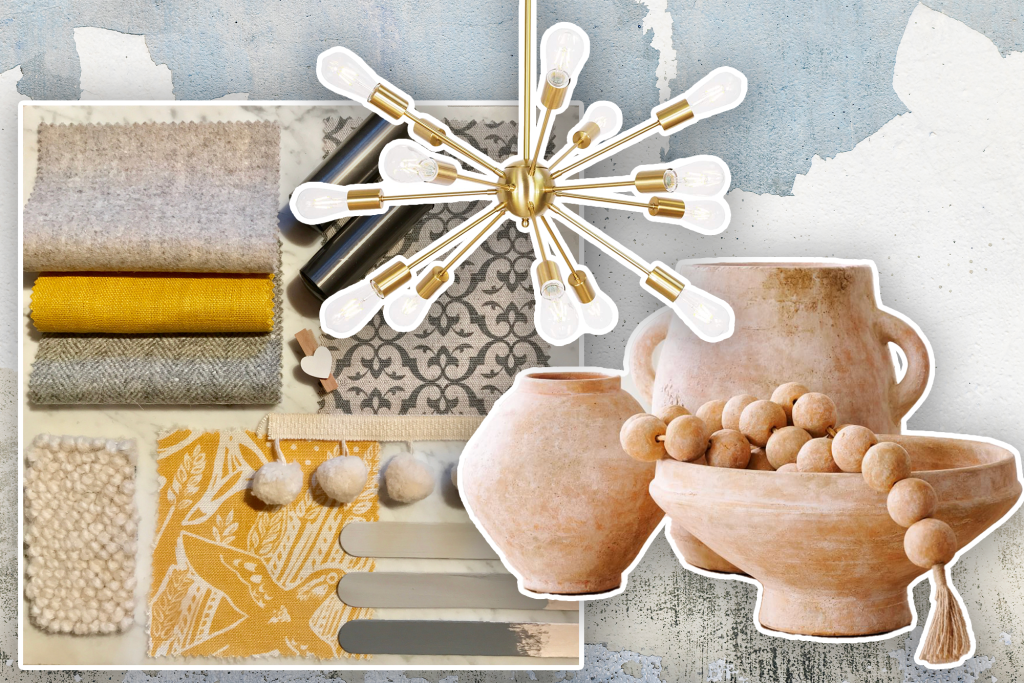