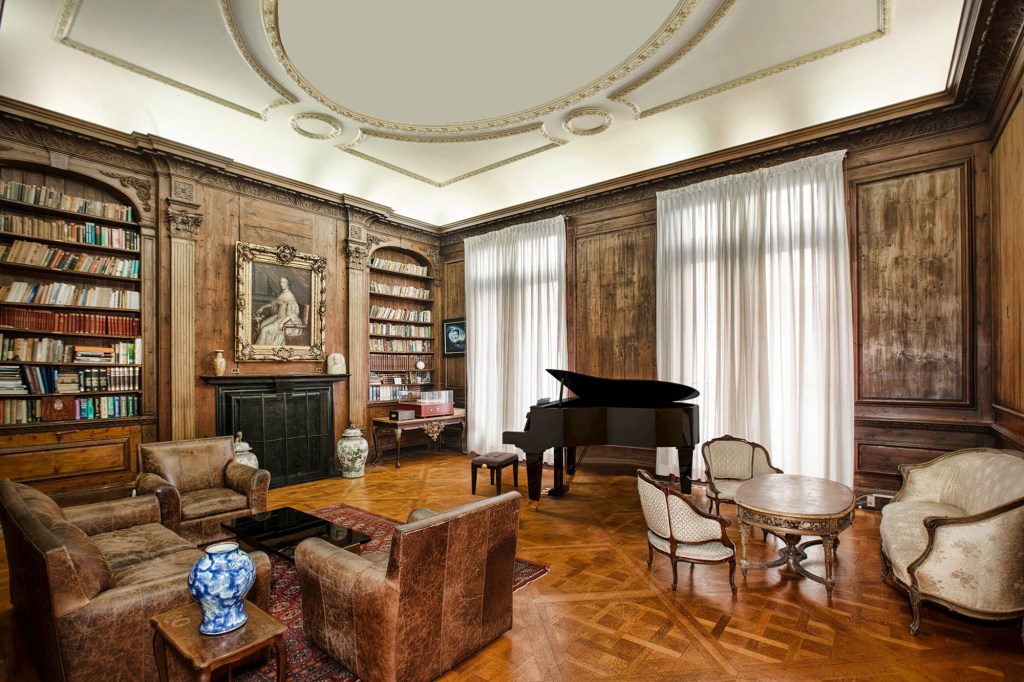 One of the city’s last Gilded Age mansions, which comes with its own unusual history, has sold for exactly $50 million in an all-cash deal, according to listing broker Tristan Harper of Douglas Elliman.

The six-story limestone Beaux-Arts mansion at 845 Fifth Ave. — complete with bulletproof windows facing Central Park and Cold War-era spy gear, such as a metal-padded room with a Faraday cage to block electromagnetic fields — was owned by the former Yugoslavian government until war broke out in 1992.

It’s also reportedly where Josip Broz Tito, the late head of Yugoslavia, hid out following an assassination attempt against him at the Waldorf Astoria in 1963.

The 30-foot-wide mansion, between 66th and 67th streets, still looks trapped in a 1990s time warp. It could not be listed for sale until each of the former Yugoslavia’s five successor states — Bosnia and Herzegovina, Croatia, Serbia, North Macedonia and Slovenia — agreed to the listing price and the amount they’d get from the sale, as the percent differed among the nations.

It ultimately listed with Harper for $50 million in 2017 — six years after he initially expressed interest in representing it. An electrical fire in 2018 and the pandemic also slowed down showings. Nevertheless, offers — unaccepted — came in.

“We received offers that were close, but we couldn’t accept. The price had to be exactly $50 million,” Harper said. The sale was first reported in the Wall Street Journal.

The unusual closing launched just before the United Nations General Assembly began earlier this month because it required representatives from the five Balkan nations to sit down in a room together and sign the closing papers.

“It closed for exactly $50 million because that’s what the countries agreed to,” Harper said, adding that the mystery buyer paid an additional $5 million or so in broker fees and taxes.

The anonymous buyer is a foreign national based in London who owns “hotels, land and property” around the world, a source said.

“I understand that he plans to hold events here when he is in town for things like the Met Ball or the US Open,” the source added.

On Thursday, the US Treasury’s Financial Crimes Enforcement Network announced the final rule for creating the country’s first beneficial ownership registry, which will theoretically end anonymous real estate purchases like this one, although the registry will not be available to the public.

The 20,000-square-foot mansion, with a copper mansard roof, will now undergo a gut renovation that’s expected to take at least a few years. At a minimum of $1,000 per square foot, it’s estimated to cost upwards of $20 million, Harper said, adding that an armed guard is already stationed inside the property.

The stately residence features 34-foot-high ceilings, a skylight and a dramatic staircase. The living room boasts a tall, coffered ceiling and one of the rooms is decked out in hand-painted gold leaf. Design details also include hand-carved balustrades made of white marble, 17 fireplaces and an original oven that still works.

The property was built around 1905 by the architects who designed Grand Central Terminal for R. Livingston Beeckman, a New York stockbroker who became governor of Rhode Island. It was later owned by Emily Vanderbilt White, the granddaughter of railroad titan Cornelius Vanderbilt.

She added angel frescoes to the ceilings and other details before she sold it to Yugoslavia a year after the end of World War II in 1946.

Previous post 7 Ways To Add Christmas Cheer In Every Room

Next post Where To Find Seattle’s Best Japanese Gardens