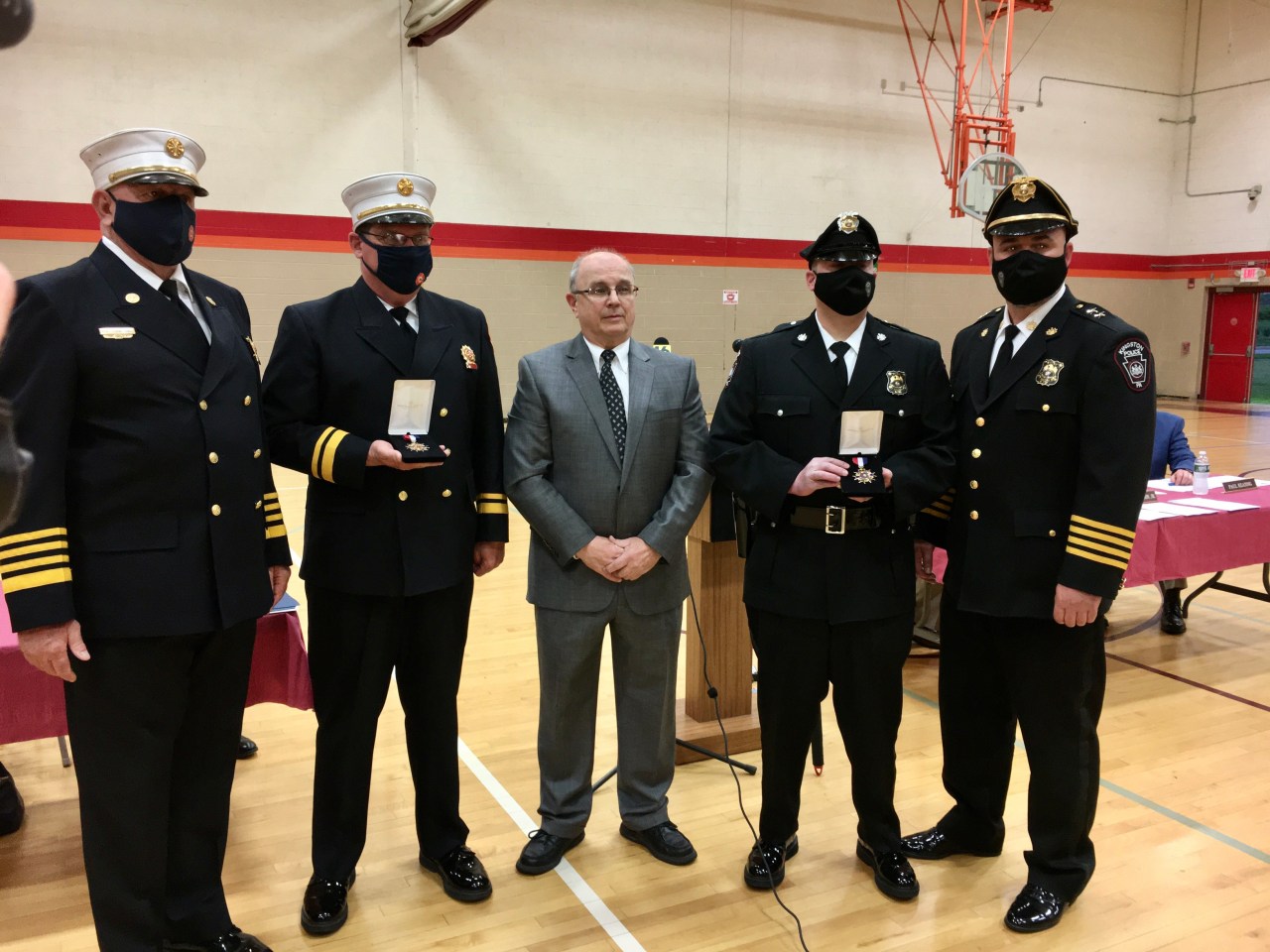 Two children made it out of a burning house alive in Kingston and tonight, a grateful community and family of the kids got to say thank you.

Both received the Public Safety Medal of Valor, the highest decoration for bravery by public safety officers.

“I work with 18 other guys and there isn’t a doubt in my mind that if 18 other guys were in this position they would have done the same thing. This is part of our job,” Kingston Police Department Officer Matthew Bonawits said.

That’s Officer Matthew Bonawits from Kingston PD, a 17-year veteran who was first on the scene of a house fire on Chester Street back on March 6th. Bonawits was able to get a one-year-old named Cayden out of the house and out of danger, but another child, 3-year-old Joseph was on the second floor.

That’s just when Assistant Fire Chief Floyd Young of Kingston/Forty Fort Fire Department arrived and the tag team heroics kicked into high gear. Young took the firetruck’s ladder to the bedroom window, smashed it with an ax, hopped in and found the child.

He then handed Joseph to Officer Bonawits who took him down to his anxious family below. Young says his training paid off, and it helped that the boy’s relative knew exactly where he was.

“I asked the dad what room would your child be in and he was able to point right to the window. That really saved many minutes and made for a successful outcome,” Young said.

And in a night filled with emotion, that relative was able to say thank you in person.

“The words thank you aren’t big enough. You have our undying gratitude for your quick response,” the children’s grandfather, Peter Cwalina, said. “If it wasn’t for your heroic actions, this may have been a very different ceremony.”

Tips on Decorating Your House With Vintage Items

The Gardens at Reddish House