Many people keep a kitchen towel over the handle of their oven, but this is a fire hazard, said Martinsville Fire Chief Ted Anderson. Combustible materials should not be kept near the stovetop, oven, or other heat sources. 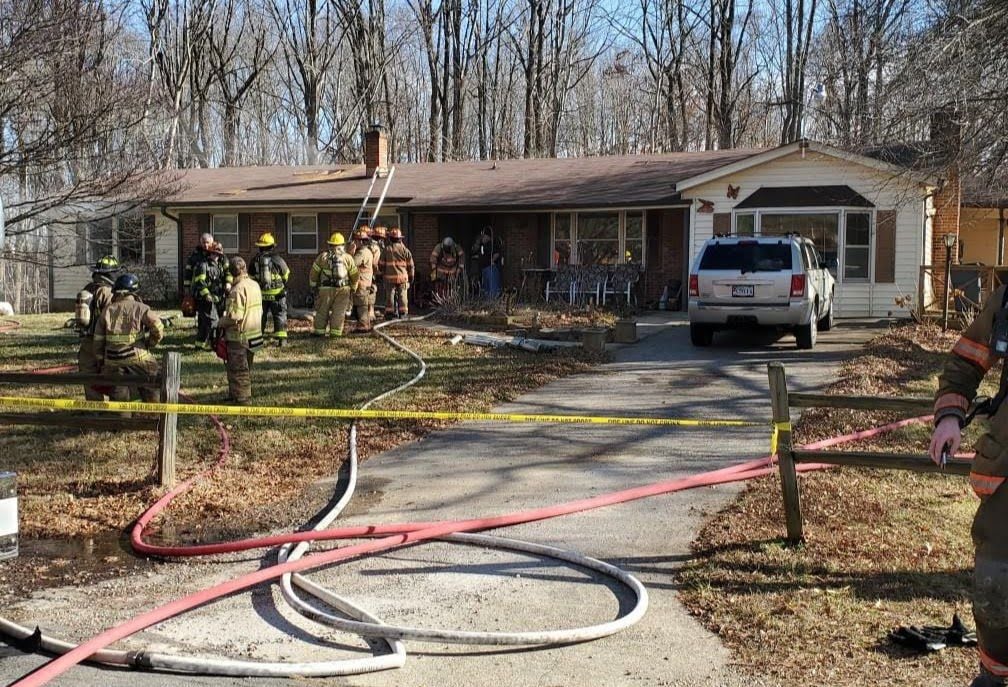 By Zachary Hill
Special to the Bulletin

The holidays bring a sense of joy and unity, but they can also bring danger: an increase in house fires between Thanksgiving and Christmas holidays each year.

Fire officials in both Martinsville and Danville said they see increases during that time frame, and Henry County had five structure fires during a 2-week period in December 2019, including a massive house fire on Christmas Day and another a week later when a person died. Both were in Ridgeway.

And those tragic events are indicative of what happens everywhere.

National data that show the extra dangers brought on by holidays and all that goes into them, such as cooking and decorations.

The National Fire Protection Association found that Christmas Day is the second heaviest day for cooking fires, surpassed only by Thanksgiving. Cooking equipment was also involved in causing Christmas decorations to catch fire; 20{911ea05452e114f1778c76ca86733b6032c246f8f651bb1f01d12abf04b54efb} of home decoration fires started because decorations were too close to a cooking surface.

Officials say that cooking surfaces are a key, but there also are Christmas trees blocking exits or festive lights hanging too close to heat sources, which are hazards that quickly can turn a home’s celebrations into tragic events.

“We definitely see an increase in calls during the holidays,” Martinsville Fire Department Chief Ted Anderson said. “Fires can happen for a number of reasons, but we’ve seen a lot with unattended cooking during these months. I call it the ‘cooking season’ because people are always cooking for big dinners and company.”